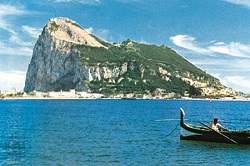 WHAT IS WRONG WITH THE CHURCH?

The word church, in the Greek ecclesia, meaning a called out people, used for the first time in Matthew 16:18 in a futuristic sense, is God’s institution, planned from the eternal past to bring the Creator in an assemblage with His creation. If it is from God’s eternal heart then I can of certainty inform you that it is a very good establishment! But we know that something has gone awry with the participatory creation and not the institution herself.
Congregationalism began in the third heavenly assizes itself. God, the Eternal, sits on the throne and receives magnificent worship and praises of which every uttered vocabulary is the very truth of the One for whom the assemblage is converged. The head of the congregation is none other than the magnificently endowed Lucifer, the praise and worship leader. Rev. Chris Okotie taught that God got so elated by Lucifer’s eulogy that HE would lift Lucifer up to gaze at HIM (this, I believe is the reason Satan displays so much power). Something happened to the church, merely, but it did not stop the heavenly praise and worship of the Most High for as long as there are subjects remaining in heaven praise and worship must strictly be an inevitable occurrence practised with so much gusto! You cannot worship God in truth and in the Spirit and ever be laced with the slightest touch of fatigue in your person. The joy of HIM from the Holy Spirit, the Holy effectual strength of Jehovah Himself will strengthen you for the simple fact that you, the true worshipper, would have, in Christ, confluenced Him (the melting point), blending spiritually with the Most High. A true worshipper, hence, belongs to God eternally.

The rock of Gibraltar is petra.                   A piece of stone is petros.          “Upon this rock I will build my church”, Matthew 16:18. The word ‘rock’ qualified by ‘this’ is not in reference to Peter. What Catholicism teaches concerning the verse in question is neither a misconception nor a misconstrual, and personally I see it as an outright, hellish deception. Romish Church employs the very well educated as her clergies. How will they not know that ‘rock’ (petra, in Greek) is distinct from Peter (petros, in Greek)? Petra means: ‘a boulder, mass of rock, bedrock, rock crag or other large rock formation, in contrast to individual stones, with a focus that this is a suitable, solid foundation.’ Petros means: ‘a piece of rock or individual stone. Peter, the apostle, could not be meant by, ‘this rock (petra)’ simply because that would make him an object of reverential worship, going by the definition, ‘with a focus that this is suitable, solid foundation.’ 1 Corinthians 3:11 is clear about the foundation of the Christian Church and doctrine. Read also Acts 10:25, 26, where Peter bluntly refused a practical worship of him by Cornelius. ‘Build’ is an interesting Greek, oikodomeo (oy-kod-om-eh-o), an architectural parlance, meaning: ‘to be a house builder, i.e. construct or (fig.) confirm’. This definition clearly makes the confimer of the church activity not, in any way, to be Peter (or any one). This word, build, you need to understand, is the same word used in Genesis 2:22, “And the rib, which the LORD God had taken from man, made he a woman, and brought her unto the man,” where the word, ‘made’ (banah, in Hebrew) means ‘to build’ (lit. & fig.). The first church attendance took place in the Garden of Eden (Where two or three are gathered in my name, lo I am there). Adam, the Man, stood in the Garden in the representative capacity of Jesus on earth. Genesis 2:18 says, “And the LORD God said, It is not good that the man should be alone; I will make him an help meet for him;” where the word ‘make’ (asah) means ‘to create out of an existing material’. When the Woman was built the Church emerged. In the Woman we see not just Jesus but (the) Christ.
Nothing can really go wrong with the built Church; it is God’s establishment. But something can go wrong with the members of the congregation. When the church goers begin to see the scripture, God’s word, differently something goes wrong with the assemblage. If researchers’ finding is that Catholicism was founded circa 40 A.D., then we are looking at a likelihood place where the Church was infiltrated with Gnostic doctrines within the first era of Christendom. It is an egregious fallacy that it began at the Pentecost, in the upper room, with Peter at the helm of affairs or at any other day or that he planted it in Rome. Catholicism imported into Church worship: rosary, Mariology, culminating in Mariolatry, worship of saints & angels, sale of indulgences, papacy culminating in papal infallibility, candles, infant baptism, transubstantiation, soteriological predestination to mention just a few. For about one and half millenniums the forceful Catholic domination of the Church got her spiritually crippled. When in October 30th, 1517 the German theologian Martin Luther, with his historical 95 theses, slammed Catholic doctrines, especially on indulgences, brought a renaissance to the church and Protestantism aided the breaking of the evil umbilical cord from the papacy, different denominations still found it difficult to jettison doctrines like infant baptism, transubstantiation and soteriology bordering issues. 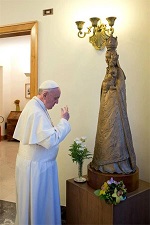 Read the next segment here

Previous Post
IS ‘MAY HIS SOUL R.I.P.’ A PRAYER?