WHAT IS WRONG WITH THE CHURCH (3)

Zwingli taught infant baptism using 1Corinthians 7:12-14 and stating that children of Christians are equally God’s children. Really, Huldrych Zwingli, where did you get that beat? If you will recall that Adam who was called the son of God sired Cain. Cain chose to deviate and won for himself the pristine fatherhood of global Satanism. Judas Iscariot, who followed Jesus for forty-two months, and was covered by the covenant blood of the Jewish annual sacrifice, did die in perdition. The rich man yelled out to his father Abraham in hellish agony. Abraham was enjoying the comfort of his bosom while the erstwhile rich Jew was gnashing teeth! Therefore, Zwingli, you are wrong!
If Jesus, seated physically there among them, would use a physical dough to represent His body it then follows that the use of the bread is quite symbolical. He did not tear His flesh to distribute for cannibalism. He used the liquid of the vine for it symbolizes the Holy Spirit, the soon coming Comforter who had energized them anticipatorily in Genesis 1:2. Hear Jesus, “This cup is the new testament in my blood. The wine was used symbolically to append His signature to the new covenant. He did not share His blood in the fashion after the order of blood sucking religious maniacs. With the bread, and especially the wine, Jesus had transacted the salvific business. Any other sacrificial flesh or blood was thenceforth otiose (scripturally) i.e. Catholic mass and their belief in the doctrine of transubstantiation which teaches catholic adherents that the communion they take at their mass is something that the priest performed an abracadabra and the elements metamorphosed into Jesus’ very flesh and blood! Zwingli would never hear of transubstantiation using John 6:36, (please read from verse 34). “But I said unto you, That ye also have seen me, and believe not”, which is quite germane.
I agree with him because it is a matter of faith. The conflicting views of Luther and Zwingli run from 1525 to 1527. It culminated in the Marburg Colloquy which saw each sticking to his belief. Luther, the champion of Protestantism, like many others were tied to Catholic apron, unfortunately. Anytime I recall the pious mien on Catholics just after they had swallowed the mass wafer I just cannot help being amused. You will think each one of them had just encountered the Holy Ghost, Jesus and the Father as each one swallowed the communion in turns.
I, honestly, do not know how people who dumped Catholicism will also be guilty of scriptural misrepresentation. James Arminius attacked John Calvin’s soteriological unconditionalism. Arminianism gave a five-point article and Calvinism gave its five points with an acronym TULIP: i. Total Depravity ii. Unconditionalism iii. Limited atonement iv. Irresistible grace v. Perseverance of the saints. Arminianism has: i. Conditional predestination ii. Atonement iii. Prevenient grace iv. Resistible grace v. Perseverance.

Unconditionalism of Calvinism means ‘status or attainment of every individual is not as a result of whether he believed or not; it is totally an arbitrary election or choice of God long before individuals came into being’ . Arminian conditionalism means that ‘salvation and condemnation is conditioned by man’s free will to accept the enabling faith that God has placed in every individual.’ John 3:3 mentions ‘man’ which is the Greek word ’tis’, an indefinite pronoun meaning: ‘one, some, someone, something, anything, anyone’. In John 3:16 we have the word ‘whosoever’, pas (in the Greek) which means: ‘all, every (thing), whole, always’. This ‘pas’ is an adjective, qualifying the earthly object of the verse. Why would Jesus utter the words of verse eighteen if there is no predication on faith in the Son? Definitely Jesus would not ever have made the call, “come unto me all ye that labour…”, if election is arbitrary. Calvin, your unconditional didacticism is erratic; it makes God a sanguinary, whimsical despot. Calvin’s ‘limited atonement’ says that “the blood of Christ was shed for only the elect”. Arminian ‘ atonement’ teaches that “the blood was qualitatively adequate for all men, yet no one actually enjoys (experiences) this forgiveness of sins, except the believer…’ and this is limited to only those who trust in Christ.” To evaluate this I have John 1:29 where we have ‘sin’, harmatia, and meaning: ‘sin, wrongdoing, anything contrary to God’s will;’ and the word ‘world’, kosmos (earth, especially, system or arrangement of the world, where people live). Harmatia, here, is a singular word denoting the one wrongdoing of Adam and his Eden wife. This is the sin question, the bane of man’s harrowing earthly experience. The word ‘atonement’, as it comes out in Romans 5:11, has the same Greek word katallage, ‘reconciliation’ in 1 Corinthians 5:18, 19. As reconcilers, the apostles did not choose who to speak the word because God had reconciled, on the cross with mankind. If a person offers a friendly handshake we know it behooves the other party to allow the truce by lifting his own palm in a friendly contact. His refusal to shake hands is a rejection of a benign offer, and God expects us to do respond to His offer of salvation. Here again, Calvinism is faulty and James Arminius gets it right, scripturally.
Calvinism’s third point, Total Depravity means that mankind is too depraved of any goodness to respond to grace; ‘God does it all’, Calvin concludes, meaning that man has absolutely nothing to contribute in soteriology. Arminian take on this is: “That man has not saving grace in himself, nor of the energy of his free will” and unaided by the Holy Spirit, no man is able to respond to God’s will. John Wesley calls this Arminian third point ‘Prevenient Grace’ (anticipatory grace or the grace of God that precedes repentance and conversion). Did God not advice Cain to do the right thing, did Cain not reject God and went away to please himself? Did God not meet with Saul on his mission of persecution? Did Saul not heed God’s instruction? The prodigal son, did ‘come to himself’ and decided to do something about it. In the same spirit do we see the psalmist taking it upon himself to order his ‘soul to bless the LORD’, Psalm 103. Do you not hear, first, the word, believe it then open your mouth by your own volitional will to say, and believing every word of the prayer before salvation occurs? Calvin is philosophical than being scriptural on this point.
Irresistible Grace of Calvinism means: ‘If God has decided to save you He will do it regardless of what you do. You cannot resist His plan. His free will overpowers the free will of the elect’. That of Arminianism maintains: ‘The (Christian) grace of God is the beginning, the continuance and the accomplishment of any good, yet, man may resist the Holy Spirit.’ I cannot find any scripture to support Calvin’s point but there is a scripture, Matthew 12:31, “Wherefore I say unto you, All manner of sin and blasphemy shall be forgiven unto men: but the blasphemy against the Holy Ghost shall not be forgiven unto men,” implying that when you refuse to be born again after having heard the finished work of salvation, energized by the Holy Spirit, it is a straight hell for you if you die unregenerate. We know that many people still do not believe in Jesus and that is nothing short of resistance. Calvin, here places man in a straitjacket of regimentation.

Perseverance of the saints in Calvinism means: Anyone saved or elected can never fall away, ‘ once saved always saved’ is Calvin’s stand. To the Arminian is a counter perseverance; which says, “Believers are able to resist sin through the grace and Christ will keep them from falling, but whether they are beyond the possibility of ultimately forsaking God or ‘becoming devoid of grace’ must be more determined. This Arminian doctrine means that you can lose your salvation, and in evaluation I will have to point it out that the reason why God decides to save you is that He foreknew that one day you will accept Jesus as your Lord and Saviour so, He, as it is in Jude verse one, sanctify you. Sanctify, in Greek is hagiazo, meaning: ‘make holy, i.e. (ceremonially) purify or consecrate, (mentally) to venerate. In the same verse He also preserve you (the one who would one day be born again). The Greek word for preserve is tereo (tay-reh-o) meaning: ‘to guard (from loss or injury, especially, by keeping an eye upon). The third thing God did, in this same verse is to ‘call’ you. When? When John 3:3 and John 3:16 was preached to you and you said, “Yes” to Jesus. The word ‘called’ in the Greek is kletos (klay-tos), which is defined as ‘invited, i.e. appointed or divinely called (specially) a saint i.e. follower of Christ’. If your preservation is in the cold-room of Jesus Christ, and Jesus is eternal, then you are eternally preserved. You cannot lose your salvation. In this fifth point, Calvin, you have thrown the dart, and you have it “bulls’ eye”! In every regenerational scripture you will never find any conditionally attached string. If you know of any please post it to my site.

Read the next segment here. 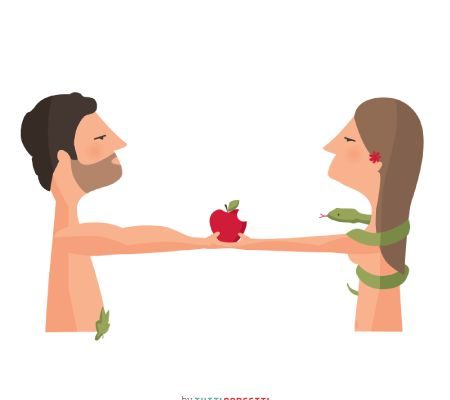