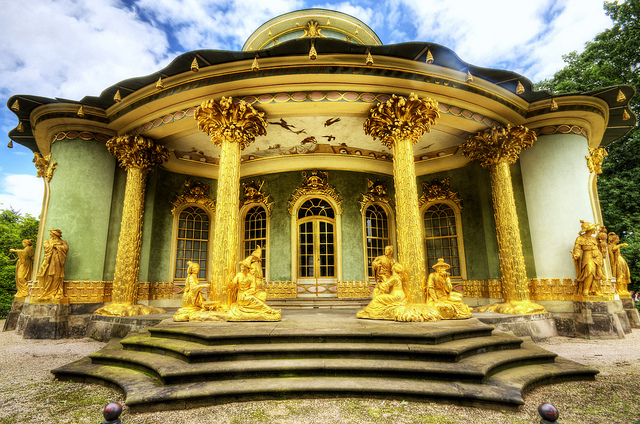 Abounding are the residential testimonies of celestial edifices pointing to personal abodes in the third heavenly assizes of God. So many are the dreams of Christians that had at one time or another brought them face to face with, so real a contact, their house, built for them by the angels, I suppose, in the very heaven of the Most High God. There is always the famous John 14:2 to serve as a scriptural armament to back up this rampant testimonial claim.

One famous pastor (in the Orient, I believe) wrote in a book of how he was taken to heaven to see his wife, whose death he had constantly been grieving, so that he would stop grieving and to prompt him to face his pastoral work with much more required seriousness. When the revered clergy visited heaven in this unforgettable dream he met his dead wife who was looking quite so happy. An angel took them around heaven until they got to a particular magnificent house built with gold beside which they stopped. He said could not hide his astonishment as he asked in order to receive the confirmation of the fact of his ownership of such a palatial mansion. “No,” was the answer he got, “This one belongs to your wife, alone,” the angel concluded. “If this belongs to my wife, who was merely helping in the ministry,” he thought aloud, “then mine, evidently, with all I have done, will be a gargantuan edifice.” Enthusiastically, he could not wait as he agreed to see his palace when the guiding angel asked, “Would you like to see your own house?” After some trekking they got to a building which, to his chagrin, he just could not believe was his, staring at an uncompleted rough building! “What?! Why?” “Your wife played her earthly Christian role well to deserve that and to crown it, she finished well!” The angel told him, and continuing, “When you go back to the world you must work harder, because the good things you will be doing down there will transform into the raw materials of cement blocks, bronze, silver or gold to complete your home!” The man of God awoke from his deep sleep, unable to keep quiet in warning people all over the world: for he believed the more vociferous he clamoured the heavenly vision determined the quality of stuffs that went into his heavenly home!

Another globally renowned pastor, a Nigerian, fondly called Daddy G.O. (General Overseer- of The Redeemed Christian Church of God), is E.O. Adeboye. I quoted the G.O. to my sister’s son we have always called TJ; but does not want it shortened anymore as it can mean anything like Tijani which he does not want at all so we call the fullness, TiJesunimi (of Jesus I am), of his name. The G.O. was quoted saying that, “The Lord showed me my house in heaven which is as big as a large stadium. Then I asked the Lord, ‘Why is my house so very large?’ And the Lord said, ‘It is not for you alone but for all the members of your Church,’ I see,” I told the Lord.” TiJesunimi said well, “I heard him clearly when he made that statement and what he actually said was that, ‘The house is so big that if every member should visit me in my heavenly house there is a room for everyone of Redeem Church.’ ” Well the bottom line is that the G.O. has a personal, palatial edifice in heaven. What, exactly, did Jesus teach when He told us about what awaits us in His Father’s house? Welcome to another settlement of a scriptural controversy.

“In my Father’s house are many mansions: if it were not so, I would have told you. I go to prepare a place for you.” John 14:2. What I actually find quite ponderous is the addendum, “if it were not so, I would have told you.” Jesus is declaring unequivocally that He, the Son of God, does not, and cannot lie! I just love that! Let us navigate through this scripture and see what is contained in there. Let me ask one question I asked a pastor friend of mine. “Which is bigger, a house or a mansion?” My friend quickly sheathed his sword of contention and said, “Honestly I can’t say one word of argument with this simple, never-thought-of comparison.” Another issue is the fact that the next 3rd verse is not taken into scriptural consideration. The first key word to be treated is ‘house.’ This word in the Greek (for we must always go to the original language, in order not to beat about the bush of stark ignorance) is: oikia (oy-kee’-ah) and this is its definition: ‘residence (abstractly), but usually (concretely) an abode (literally or figuratively); by implication a family (especially domestics) home.’ We know, from scripture, that there is no proof of a roof above God where He sits eternally in judgment. The concreteness of this definition, therefore, does not fit in this context (contextualization is another key aspect overlooked by Bible catechists), so the abstract ‘family’ and ‘home’ is what oikia means. The Godhead is a family in heaven and heaven is the home of the Godhead. ‘Mansions’ is the next word, which is: monē (mon-ay) ‘a staying, that is, residence (the act or the place), room, and space.’ Mone, going by the context, is room or space. What Jesus is saying in this regard is that, in God’s family home there are rooms (spaces) for us. ‘Prepare,’ hetoimazō (het-oy-mad’-zo): ‘{from hetoimos (het-oy’-mos): From an old noun heteos (fitness); adjusted, that is, ready}: ‘to prepare, provide, make ready.’ The last one is ‘place’ topos (top’-os): ‘a spot (generally in space, but limited by occupancy; whereas chōra (kho’-rah) is a larger but particular locality), that is, location, coast, region (as a position, home, tract, etc.); figuratively condition, opportunity; specifically a scabbard.’ What ‘place’ means in this verse is not a large space like region or a whole coast. It is just ‘a spot’. A spot in the assizes of His kingdom. Verse 3, which complements the second, (and many times ignored in the understanding the 2nd verse) has the words, “….that where I am, there ye may be also.” The ‘I am’ is the Greek ‘ego eime’ the same word of the Hebrew ‘Yahweh’. This is where Jesus had eternally been as ‘I am’ implies. ‘Prepare,’ by its definition, is to adjust or make ready a befitting space for someone who has come to your abode. The place where a room is made ready is where God the Father is majestically seated. Psalm 110:1 tells us, “The LORD said unto my Lord, Sit thou at my right hand, until I make thine enemies thy footstool.” At the right side of the Majesty is where the Lord adjusted a spot fittingly for the Church, His bride! The right hand side of the Majesty, is it a geographical expression? No. What is it? It is found in, Luke 22:69, “Hereafter shall the Son of man sit on the right hand of the power of God.” The preposition ‘on’ is ek (ek), meaning ‘from (the point whence action or motion proceeds); out (of place, time, or cause).’ This is why I said that the throne is where Christ comes from. Actually Psalm 110 should, from Hebraic expression, read, “Be sitting from my right hand.” Read also 1Corinthians 1:24. Right hand of God is actually a state of being. Our exhibition of faith on earth has brought us into the state of God’s power. This power is not exhousia, which is a delegated authority. It is dunamis (doo’-nam-is): ‘force, miraculous power, latent power.’ If my abode is exactly where Jesus is that, no doubt, is exhilaratingly ponderous! Did I draw an attention to the fact that the right hand is not a geographical issue? Are there physical thrones on the right and left of the Majesty for Christ and the Holy Spirit? You will not find any! If Christ will not be asking the Father to shift or dress a little to enable Him seat His buttocks on the throne, then where He is seated is throwing me in an almost uncontrollable titillation! God’s latent power resides inside Him. If Jesus is seated, not visibly, beside God then He is right inside Him, where He had always been throughout eternity. That is where we are! Inside HIM!! Have you, can you conjure, a better residence than the core inside of the thrice holy Father? I think not!

Previous Post
WHY GO ARMINIANISTIC SOTERIOLOGY (5th and concluding part)
Next Post
ARE WE ALL GOD’S CHILDREN? 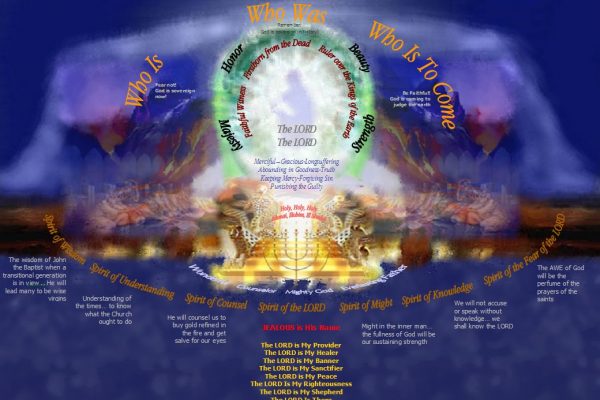 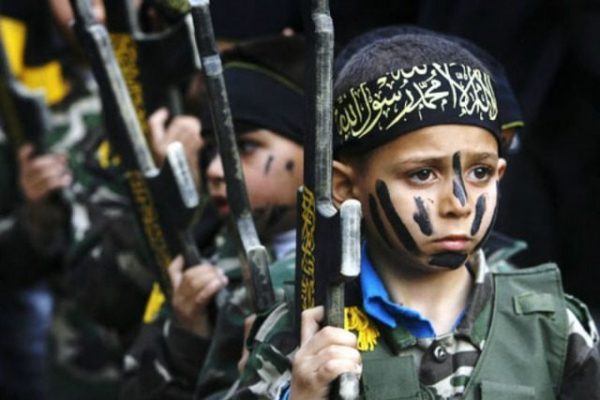 How To Get Born Again (part four)