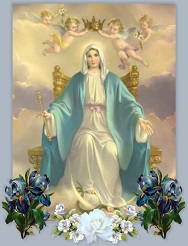 I KNOW WHY THE CHURCH IS IN DISARRAY (part 2)

History, it is believed, has had its documentation overly tampered with. A fictitious Apostle Simon Peter had for over a millennium been touted as the first pope of Roman Catholic Church. Someone believes that Catholicism began around 50 A.D. Could Peter have gone through the rituals of “Hail Mary, Queen of heaven”? Could it be true that Magus Simon, the sorcerer who simonized Peter, was the true founder of Catholicism? We know of certainty that it was never the Peter of the Bible, never! Why will Catholicism still thrive with all the overwhelming scriptural references that we have poured forth to prove the futility of the naughtiness characterizing their evil dogmas? It is simply because they have decided to be used by man’s greatest enemy, Lucifer, the Devil. When I look at the contribution of Catholicism to the disarray of the Church of God I have neither a doubt nor an apology in seeing it as the biggest religious fraud on earth! It took about a thousand and a half years for a protestant voice to effect a break from the iron clutches of Papal Catholicism!
I just cannot get over the fact of the dearth of biblical understanding among Christians when I hear something like the one that filtered into my ears from a pastor, “The Roman Catholic can’t be ignored, after all it is our mother church.” I wondered, “What, where did you get that! Don’t you know the Church was inaugurated in the ‘upper room’ on the day of Pentecost?” It was birthed by the Holy Spirit HIMSELF (to establish God’s eternal ownership) on Pentecost Day (for whosoever will be involved in this epochal movement shall have the second death pass over him. Amen!). Catholicism interloped! The Bible says in Hebrews 9:27, “And as it is appointed unto men once to die, but after this the judgment:” so how come Catholicism teaches still of purgatory? Simony is definitely the hidden answer! Are billions of souls not involved in this heinousness? Is it not for this reason Jesus warned, “…broad is the way…?” Catholicism is of the firm belief that the Church is to be placed above scripture, the express Word of God, instead of subject to it, little wonder the Protestant angst. Philosophical isms thrived under the Catholic hegemony of the Church, unfortunately.
Pelagianism, Scholasticism (9th-17th c.), humanism (13th c.), and their offshoots: existentialism, liberalism or modernism and neo-orthodoxy received a flourishing Catholic espousal. Pelagius (circa 354–420/440 A.D.) was an ascetic who denied the need for divine aid in performing good works. His teachings influenced Arminian belief that one can lose one’s salvation. Scholasticism, a tradition or school of philosophy, originating in the Middle Ages, combines classical philosophy with Catholic theology; “It is a philosophic and theological movement that attempted to use natural human reason, in particular, the philosophy and science of Aristotle, to understand the supernatural content of Christian revelation. It was dominant in the medieval Christian schools and universities of Europe from about the middle of the 11th century to about the middle of the 15th century. The ultimate ideal of the movement was to integrate into an ordered system both the natural wisdom of Greece and Rome and the religious wisdom of Christianity” (from Encarta 2009).

‘In the beginning,’ humanism believes, ‘man made God’

Humanism is a term freely applied to a variety of beliefs, methods and philosophies that place central emphasis on the human realm; and though much of its activity was Christian intentioned, the relationship between Christianity and humanism is complex and not wholly untroubled: for Erasmus, Calvin and Melanchthon did approach scripture humanistically. Kierkegaard (1813-1855) who taught that Abraham’s acceptance to sacrifice Isaac made Abraham a murderer (forgetful of Genesis 22:1), is the founder of Liberalism, a philosophy which rejects the Bible as the infallible word of God and disparaging objective, intellectual truth, is based on subjective, emotional and personal experience. These incursions create in many church leaders, a sense of individualism.
It does not surprise me, therefore, when in some churches the pastors give a prayer point to members thus, “Pray to God to give you the power of the Holy Spirit, in order to overcome witches!” Have these pastors and or evangelists forgotten what Jesus promised in, Acts 1:8 “But ye shall receive power, after that the Holy Ghost is come upon you: and ye shall be witnesses unto me both in Jerusalem, and in all Judaea, and in Samaria, and unto the uttermost part of the earth”? Right from the upper room event of the day of Pentecost (Acts chapter 2), every born again Christian is endowed with the Holy Ghost power. You will also hear a prayer instruction like, “Call the name of Jesus three times before you pray this prayer” or “Call the name of Jesus seven times and say Holy Ghost Fire three times then pray harrrrd!” Where, in the Bible do you have this formula? Methinks it is faith, Mark 11:24, “Therefore I say unto you, What things soever ye desire, when ye pray, believe that ye receive them, and ye shall have them.” “Today, you are going to give offering for each of your business, career, house, home, Sunday worship, end of the year, the incoming year and whichever you’ll wish to add and make sure not forget that of your first fruit.” The monied members, especially, the very rich are the ones who will satiate the pastors’ filthy lucre mindset. The millionaires have the church leaders’ ears and unalloyed attention. Their huge expenditure and influence (satanic) have drawn another roadmap for the ecclesiastics. You will hear the head of the local assembly warning, “God doesn’t want to see the hair of women, therefore cover your head tightly, leaving not even a strand of hair loose; fear God!”
I was explaining to Sunday and Segun, two colleagues at Household of God Church, how I believe 80% of Christians believe that salvation can be lost and Sunday said, “You are not even talking about 90%,” while Segun’s understanding was, “In fact it’s like 99%!” Please read my post, a five-part “Why Go Arminianistic Soteriology” with over 130 treated verses to show that if you are truly born again you cannot lose your salvation. Some are too holier than thou such that they dare not put on a foot wear the minute they are dressed for church service, God will, no doubt, be wroth with them! I can tell you in all sincerity that this insistence on bare foot worship is not in any way from the Bible, it emanates from the occult practices. 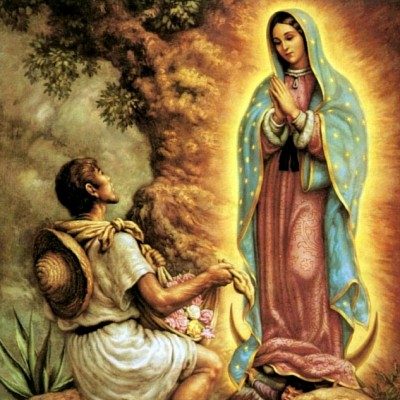