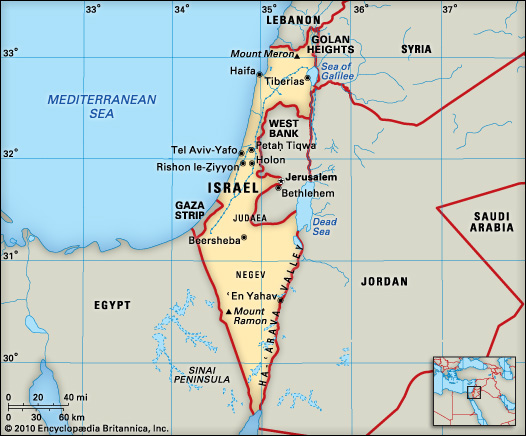 Israel is Jehovah’s involvement. Israel is God’s personal invention. It is God’s child, son and wife. God’s investment on Israel is too huge to become an abandoned, white elephant project. Israel is the actualization of His reconstructive dream of the epitome project of creationism – mankind. Who or what can kill God’s own nurtured eternal dream?

It is so interesting how everything takes its seminal in the Book of Genesis. This project received a mention in chapter three verse fifteen, “And I will put enmity between thee and the woman, and between thy seed and her seed; it shall bruise thy head, and thou shalt bruise his heel”. About two thousand years later God told Abram, when he was aged ninety-nine, “And I will give unto thee, and to thy seed after thee, the land wherein thou art a stranger, all the land of Canaan, for an everlasting possession; and I will be their God” [Gen 17:8]. Some years later, in Genesis 21:12, “And God said unto Abraham, Let it not be grievous in thy sight because of the lad, and because of thy bondwoman; in all that Sarah hath said unto thee, hearken unto her voice; for in Isaac shall thy seed be called”. In an adumbration of the expected seed, God tested Abraham with, “Take now thy son, thine only son Isaac, whom thou lovest, and get thee into the land of Moriah; and offer him there for a burnt offering upon one of the mountains which I will tell thee of” Genesis 22:2. Isaac was not (the same way John the Baptist was not the Messiah) that particular seed who was mentioned in verse 18, “And in thy seed shall all the nations of the earth be blessed; because thou hast obeyed my voice”. Note it does not say ‘thy seeds’. Genesis 48:16, “The Angel which redeemed me from all evil, bless the lads; and let my name be named on them, and the name of my fathers Abraham and Isaac; and let them grow into a multitude in the midst of the earth”. Have you heard of the word of God being likened to a two edged sword? What it simply means is that when God speaks a word and you as much dare to utter the same words in appropriation to your need in faith, it cuts all barriers and sinks all oppositions to the actualization of your dreams. This is one of the reasons why God will need to have those who will choose to be believers in HIM. Jacob spoke those words to echo God’s mind. Let us see who the Angel is. It began in Genesis chapter 28 verses 10-22 when he had a spectacular dream. Verse 13 reads: “And, behold, the LORD stood above it, and said, I am the LORD God of Abraham thy father, and the God of Isaac: the land whereon thou liest, to thee will I give it, and to thy seed”; then in Genesis 32:24-32, he had another theophanic encounter. This is what verse 28 says, “And he said, Thy name shall be called no more Jacob, but Israel: for as a prince hast thou power with God and with men, and hast prevailed”. This is where Israel shows up for the first time in scripture. The land and the native inhabitants of Israel belong exclusively to God Almighty and rightly so by an oath from His divine lips. “What shall we then say to these things?” Paul wondered in Romans 8:31, and continued with the famous rhetoric, “If God be for us, who can be against us?”

The super power of the entire world could not perpetuate its hegemony of Jewish slavery. All it took was a Passover feast. Element stood at attention as the Red Sea acknowledged the passage of the Holy One of Israel. The presence of Israel of Jehovah defied the natural course of the ocean. Manna fell from heaven to feed them, who doubted ‘a furnish of the table’, in the wilderness of the desert. Another impregnable fortress of Jericho among others was miraculously sunk. The Jordanian River had no choice but to succumb to a superior power and got a path in itself dried up for the prince with Jehovah to pass through it. Even the sun and the moon, the first and only time in their history, obeyed a man of Israel spoke and the earth responded by putting a hold on its rotation and solar orbit. Balaam’s donkey spoke. Balaam could just not do what he was hired to do because a power is above all other powers. The children of Israel inevitably arrived to own houses and lands: slaves became landlords! Nothing was powerful enough to stop their advancement. God’s word had gone forth ahead of them.

The Ark of Covenant

Two thousand years down the ages some wise men from the east sought the expected seed in Jerusalem to pay homage and to worship the King of kings and Lord of all lords. But, before then, something took place five centuries earlier.