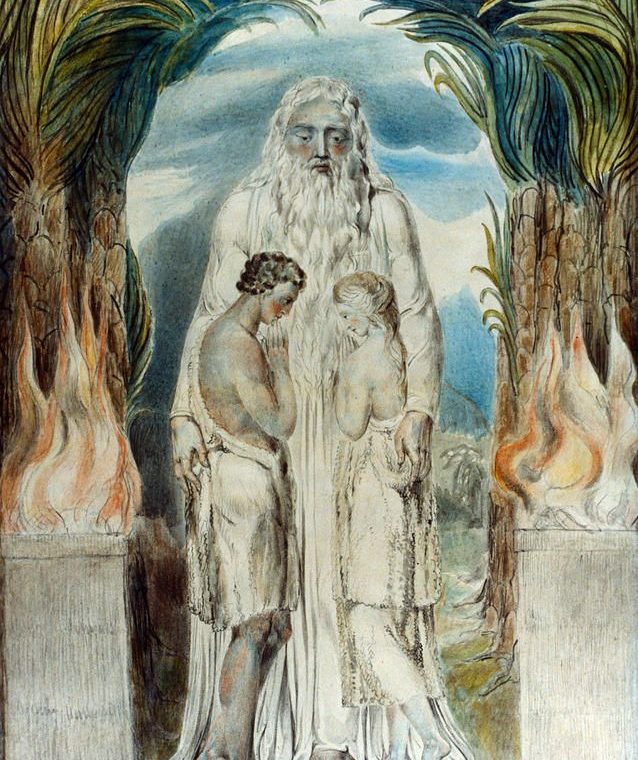 The purpose of Adamic creation is for the worship of the true God. Adam was both the lord of the earth and the priest i.e. the political and the spiritual headship. In that he adumbrates Jesus as both Priest and King (Genesis 14:18; Psalm 110:4 & Hebrews 7:1-3). Remember it was after the creation of the Woman that God said, “very good” and not “good” as for other days’ score. You know why? The Woman is the body of Adam, a prefiguration of Christ, hence, she adumbrates the Church! “If only I could just get the Church”, was Lucifer’s shenanigan preoccupation. Right there in the Garden was the most mystical representation of God: the Church! We have the priestly office in Adam and worshipper in the Woman so, where is the Worshipped? He was the LORD God, who brought the Woman to Adam the man. When the Man said, “Yes”, he agreed with the commencement of the Church (for where two or three are gathered…- Matthew 18:20). They saw the LORD God of Sabbath, their Creator. The only One that man’s physical eyes can behold among the Trinity is Christ. I am highly elated to announce to you that the One to whom the first Church, in Eden, worshipped is the preincarnate Jesus! And this is the true God: Jesus.

The first Church at the Pentecost, in the Upper Room.

In the Book of Acts of the Apostles 2:3-4, “And there appeared unto them cloven tongues like as of fire, and it sat upon each of them. 4) And they were all filled with the Holy Ghost, and began to speak with other tongues, as the Spirit gave them utterance”, the spiritual Israel, the Church, was built. Over the years the Gentile nation was grafted in. Remember Solomon’s supplication, “Moreover concerning a stranger, that is not of thy people Israel, but cometh out of a far country for thy name’s sake; (1Kings 8:41). Today Christians all over the world form one ‘body of Christ’, the Church. The Holy Spirit still occupies His rightful place of the holy of holies i.e. the spirit of every believer – man’s third compartment. The spirit of an individual is his third compartment; the first being the visibility of his physiognomy and the second of which is the soul. God no longer dwells in the physical building or in the land of Israel. He lives in His spiritual children: the Church. Every born again Christian should, for this reason, be able to speak in tongues. John 3:16, “For God so loved the world, that he gave his only begotten Son, that whosoever believeth in him should not perish, but have everlasting life”. In perpetuity God dwells in us, the born again Christians. Amen. For how long are we going to be here in the world of satanic control?

There cannot be two masters in any given situation. When the man of perdition (2Thessalonians 2:3, Revelation 17:11) comes to occupy the seat of the cosmos for his father, Lucifer, God’s children will be raptured (Luke 17:34-36; 1Corinthians 15:52 & 1Thessalonians 4:16-17). The Devil must have his day for the sake of judicial equity, in the sense that man gave the world to Satan, which elevated the evil one to the position of the god of this world (John 12:31, 14:30; 2Corinthians 4:3-4). The word ‘world’ in the two verses of John is kosmos (kos’-mos): ‘orderly arrangement, that is, decoration; by implication the world (in a wide or narrow sense, including its inhabitants, literally or figuratively [morally]’. We need to understand that Satan has effected a whimsical arrangement of the earth. ‘Age’, of 2Corinthians as it comes in the Greek is aiōn (ahee-ohn’): ‘properly an age; by extension perpetuity (also past); by implication the world; specifically (Jewish) a Messianic period (present or future)’. This ‘age’ has a controlling spirit (the zeitgeist). Lucifer likes to ape God, hence, the antichrist will represent him as the god of the world. The temple of God (the Church) must be removed (2Thessalonians 2:3, 7) to give the wickedness of this world its free moral agency to exercise its willingness to bow down to satanic idolatry (Exodus 4:21; Deuteronomy 2:30 & Mark 10:5). After the Antichrist (2Thessalonians 2:3-4) would have had his days of three and a half years (Daniel 7:25; 9:27 & 12:7), the Lord Jesus will ascend with His saints to destroy (Daniel 7:22-27; 2Thessalonians 2:8-10) the fake Christ and reign for 1000 years (Revelation 20:2-7) and a crooked cosmos will experience God’s holy temple for the first time. Amen! You can be part of God’s temple today by saying this simple prayer: “Dear heavenly Father, I come to You now in the name of Jesus Christ. I believe in my heart that Jesus is the Son of God. I believe in my heart that Jesus died for my sin. I believe that You raised Him from the dead. I believe that Jesus is LORD and I receive Him as my LORD and my Saviour. I give God all the glory. Amen”.   (Concluded)