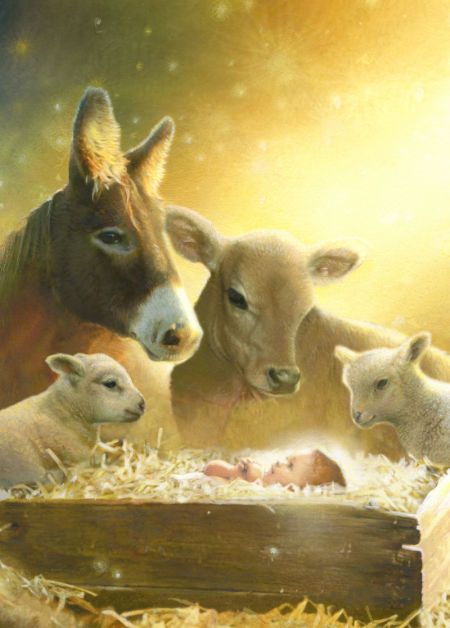 It is because He was born of a woman, lived and died as any other man, is the reason why we fail to see Him for who He truly is. Jesus is the most enigmatic Personage to tread the face of the terra firma. In the Book of 1Corinthians 2:8, Paul writes, “Which none of the princes of this world knew: for had they known it, they would not have crucified the Lord of glory”. The word ‘known’ is ginōskō (ghin-oce’-ko): ‘to “know” (absolutely)’. They (Satan inclusive) had not the flimsiest idea what they were into when they made up their minds to crucify Jesus. Of course Satan knew Who he was dealing with but his demented mind had gone hay wire. The leaders of His earthly days forgot the Davidic Psalm 24:7, “Lift up your heads, O ye gates; and be ye lift up, ye everlasting doors; and the King of glory shall come in”. Their corrupt minds led them astray. They forgot that the word ‘Lord’, kurios (koo’-ree-os) ‘From κῦρος kuros (supremacy); supreme in authority, that is, (as noun) controller’, is a title equal to the Hebrew Jehovah’.

They did not see God’s mind. Acts 2:23-24 read, “Him, being delivered by the determinate counsel and foreknowledge of God, ye have taken, and by wicked hands have crucified and slain: v24) Whom God hath raised up, having loosed the pains of death: because it was not possible that he should be holden of it”. Even the earth knows its Maker! Even in the grave, Jesus is Lord! Amen.

He said, for the avoidance ambiguity, in Matthew 28:18 “And Jesus came and spake unto them, saying, All power is given unto me in heaven and in earth”. In verse 19 He gave the identification formula thus, “….baptizing them in the name of the Father, and of the Son, and of the Holy Ghost” to prove His equality with the Father! In the next verse He told them, “lo, I am with you alway, even unto the end of the world. Amen”, by which He hinted on His Eternal Being. Matthew 11:27, “All things are delivered unto me of my Father: and no man knoweth the Son, but the Father; neither knoweth any man the Father, save the Son, and he to whomsoever the Son will reveal him”. ‘Knoweth’ is epiginōskō (ep-ig-in-oce’-ko), meaning: ‘to become thoroughly acquainted with, to know thoroughly, to know accurately, know well’. To know God accurately well is to know everything; and do we all not know that only God knows everything?

The way of Whom was being prepared in Matthew 11:10 is the One of Isaiah 40:3 “The voice of him that crieth in the wilderness, Prepare ye the way of the LORD, make straight in the desert a highway for our God”. When one places Psalm 2:7, “I will declare the decree: the LORD hath said unto me, Thou art my Son; this day have I begotten thee” side by side Matthew 3:17 “And lo a voice from heaven, saying, This is my beloved Son, in whom I am well pleased”, it speaks voluminous revelation. They have read Psalm 110:1, “A Psalm of David. The LORD said unto my Lord, Sit thou at my right hand, until I make thine enemies thy footstool”, so many times. In the Book of Matthew 22:41-45 this One whose proper position had eternally been by the right hand of Majesty is made conspicuous. “While the Pharisees were gathered together, Jesus asked them, v42) Saying, What think ye of Christ? whose son is he? They say unto him, The Son of David. 43) He saith unto them, How then doth David in spirit call him Lord, saying, 44) The LORD said unto my Lord, Sit thou on my right hand, till I make thine enemies thy footstool? 45) If David then call him Lord, how is he his son?”

Why will Isaiah 9:6 say, “For unto us a child is born, unto us a son is given: and the government shall be upon his shoulder: and his name shall be called Wonderful, Counsellor, The mighty God, The everlasting Father, The Prince of Peace”. Is it not because there is a clear difference between ‘child’ and ‘son’? The child is the incarnation of the Eternal Son. The ‘child’ is the humanity of Him while the ‘son’ is His Deity, (it can only be given): this is the hypostatic union. Jesus is 100% man and 100% God; and is enigmatically in one Personage (leaving science stupefied: for no compound comes to this calculation).

Of the four gospels the book of John best reveals the deity of Jesus. Take, for instance, John 5:21-27. Verse 21, “For as the Father raiseth up the dead, and quickeneth them; even so the Son quickeneth whom he will”. Christ is the LORD God of the Garden of Eden!   (…to be continued…)