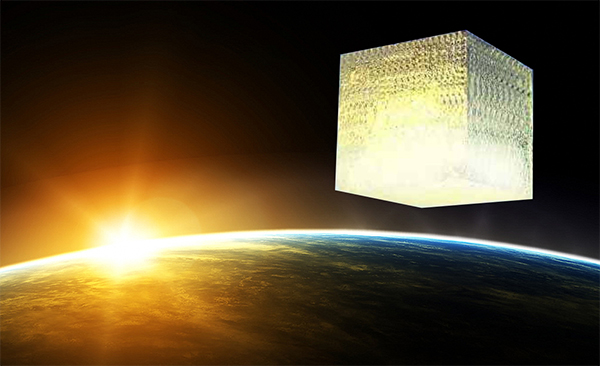 New Jerusalem Temple coming down to the new earth of Jehovah

That true greatness is not found in individual’s greatness, but in the individual’s ability to make others great is incontestable. The majestic splendour of God will manifest when the view of the new world is dotted with gods. The Holy Spirit anointed inhabitants of the new earth will metamorphose into gods, each of us, probably, will represent a particular splendid radiance of Jehovah. Existing around the earth will be gods of divine radiance like the stars of the dark sky. Each of the billions showing off different glorious radiance of Divinity. A spectacle to behold! 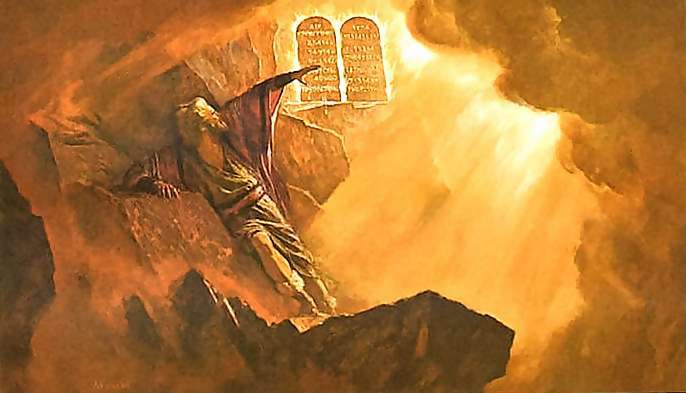 Moses saw the back side of the LORD God

God’s true splendor cannot be captured by these billions of gods. So, what is going to happen is that each blessed one will have to change from one colour to another effulgence of divine brilliance, and each hue will not look really like others, simply because this is what God truly is. Unfathomable! As we depict HIS glory, so we will be falling down in worship of the Most High in Spirit and in truthfulness of it. This is a unique phenomenon! This mundane show of His glory will continue for eternity. His ability to deify His created beings is the true greatness of Him, who was, who is, and is to come, the LORD, the LORD God Almighty! Every available space on earth will reflect the true glory of HIS Person. This is what Lucifer, the erstwhile head of the angels, bestially craved for.

The Devil’s detestation of Christians is based on the fact that we will inherit the LORD God Himself. We are the heirs of the eternal God. Our heirship is from eternity to eternity. Like the LORD God, we are eternally good; and the diminishing returns of gerontological deficiency can never creep into our glorious life. Christ’s life is ours. The long we live the more glory of Him who sits eternally on the throne we exude.

When we meet to commune, it is the communion of Divinity. When we greet one another it is a holy greetings of Divinity. Our only focal entity will be the Father and the Lamb. Egoism would have long been thrown into hell, where it rightly belongs. 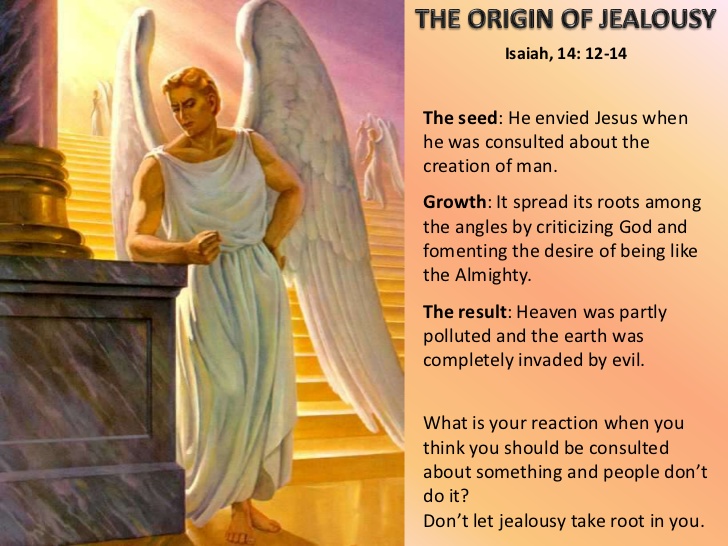 Satan egoistically communed with himself in his quest for divinity. He shunned the council of the Holy Spirit. The irrelevance of the Holy Spirit for him, rendered him irrelevant. He lost eternal blissful existence before the Creator. This great angel had lost it forever. He, therefore, in his maniacal self, is doing all he can to push man away from this unprecedented glory that God has planned for mankind. He is doing all he can to disparage John 3:3. He is fighting tooth and nail to keep man from actualizing Romans 10:9-10. He knows what a regenerated one stands to inherit. He knows what a massive second chance humanity is endowed with. He, consequently, set up religions, myriads of them, to marginalize the efficacious truth of spiritual regeneration inherent in Christianity.

Lucifer has injected the foetus of every matrix with a certain venom that enhances your disparaging stance of Jesus. That deceptive potion gives one a spiritual taste bud that craves for the religious meals provided by those beliefs. Before you know it you are already believing in the Eastern didactic karmic reality. You are sold to Masonic cultic way of life. The jihadic offer of 72 virgins of Islamic religious stance begin to appeal to your palate. The ontological paradigm of your ancestral belief, the custodians of which are the demonic familiar spirits, continue to fascinate your psyche. The relevance of divine counsel of the Holy Spirit: its repudiation, is the reason for this satanic design 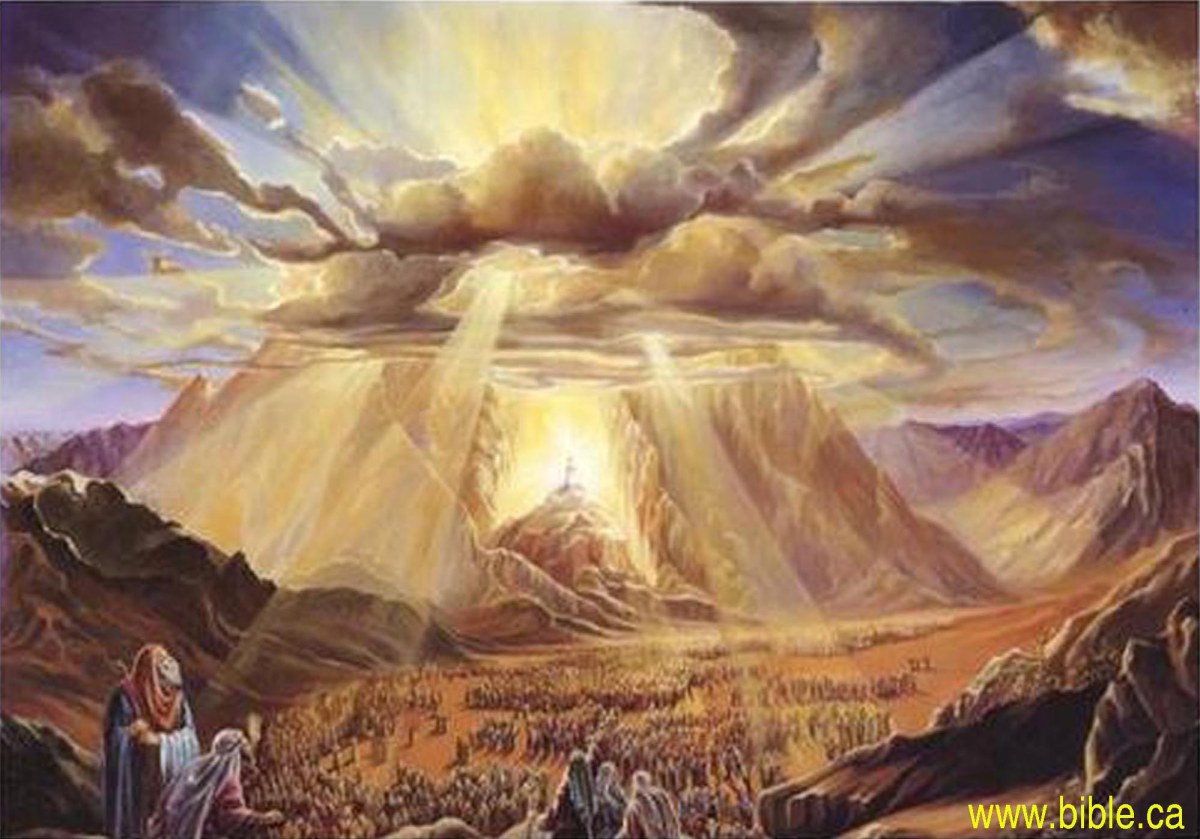 God spoke directly with the Israelites on Mount Sinai

The Spirit has sent so many messages into your heart. Be wise. Apprehend the relevance of His messages. Get born again. Belong to Jesus, and you are settled eternally. Let us see the biblical relativities.

*True greatness= John 14:12, “Verily, verily, I say unto you, He that believeth on me, the works that I do shall he do also; and greater works than these shall he do; because I go unto my Father.”

*New earth= 2Peter 3:13 “Nevertheless we, according to his promise, look for new heavens and a new earth, wherein dwelleth righteousness.” Revelation 21:1-5, 23. Verse one says, “And I saw a new heaven and a new earth: for the first heaven and the first earth were passed away; and there was no more sea.” The word ‘new’ is the Greek kainos (kai-nos’): ‘new (especially in freshness); it speaks of renovation.’ Our earth will be renovated and made more spacious. 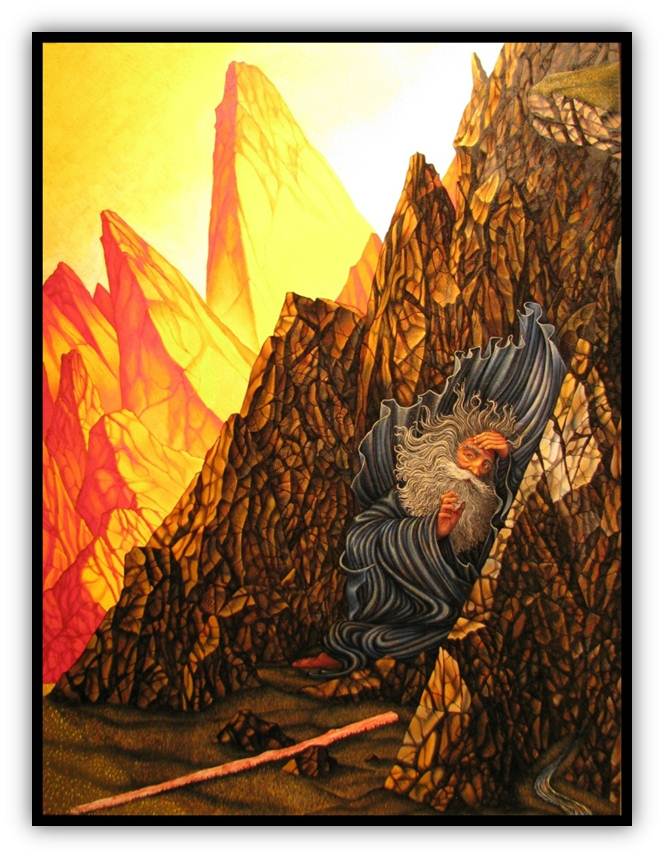 Moses squinched when he saw the back side of Jehovah

*Satan communed with himself = Isaiah 14:14, “I will ascend above the heights of the clouds; I will be like the most High.”

*Lucifer has injected the foetus = Revelation 12:4, 9, & 12 and verse 9 is, “And the great dragon was cast out, that old serpent, called the Devil, and Satan, which deceiveth the whole world: he was cast out into the earth, and his angels were cast out with him.” 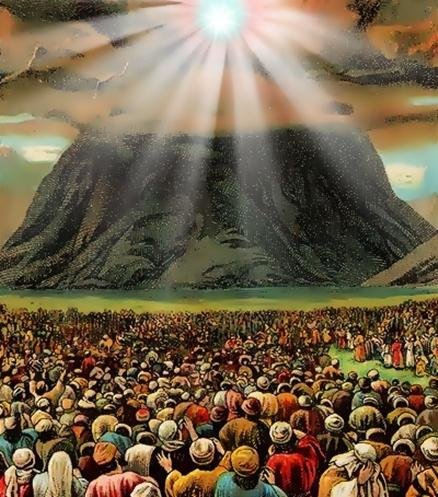 God spoke with Israelites face to face at Mount Sinai 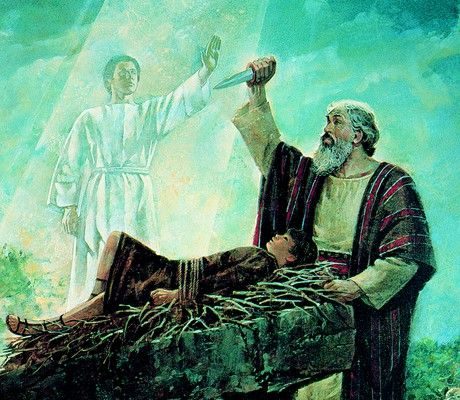