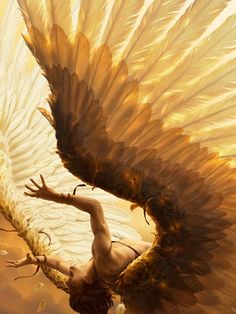 (…continued from part one)

2)            How could mere disappointment from mere mortals shatter the faith in the Jehovah of an Israelite like King Saul? He simply saw an overwhelming army and Satan just played the tape of a demoralizing deluge. The phenomenal understanding that when you are outnumbered is synonymous to defeat vitiated the faith known of an Israelite in his heart. Delay, as far as the good God is concerned, is not denial. Selah!

Saul was programmed to forget this truth, ergo, the number of days gone by made him believe so erroneously that Samuel would not show up. From 1Samuel 13:11, Mô‛êd, mô‛êd or mô‛âdâh (mo-ade’) is the Hebrew word for ‘appointed’ which means: ‘appointed place, time or season.’ Natural phenomenon cannot be the deciding factor of man’s faith in the LORD, his God. The Bible made it crystal clear that the manna continued to fall all their wilderness days. Saul forgot that the same Jehovah was still in existence to protect him from dire situations. His enemy saw to that.

‘Gather together’ is âsaph (aw-saf’): ‘to gather for any purpose; hence to receive, take away, that is, remove (destroy, leave behind, put up, restore, etc.).’ This overt apprehension he displayed. They were coming for him! He was all alone! This fear he mistakenly reeled out. This trepidation received an overflow of fueling from a hidden superstitious belief that some imagined enemy is hidden somewhere, so, I need to fortify myself.

The meaning of the place Mikmâs or Michmash (mik-maws’) is ‘hidden’ and it comes from the root kâmas (kaw-mas’) ‘to store away, that is, (figuratively) in the memory.’ ‘Appointment’ is the Hebrew mow`ed (mo-ade’) (or moled {mo-ade’} or (feminine) moweadah (2 Chronicles 8) ‘1. (properly) an appointment, i.e. a fixed time or season 2. (specifically) a festival 3. (conventionally) a year 4. (by implication) an assembly (as convened for a definite purpose) 5. (technically) the congregation 6. (by extension) the place of meeting 7. (also) a signal (as appointed beforehand).’ This ‘appointment’ was initiated by Jehovah. It is not everyone God has an appointment with. Only faith in Him enables us to keep this divine appointment. Satan has always made sure to drain us of faith that allows our walk with Jesus.

Satan most definitely scared Saul with the root meaning of Gilgal of 1Samuel 13:12; its definition has to do with ‘a wheel, whirl wheel, rolling or rolling stones.’ He was made to see his army coming against a whirl wheel and an avalanche of rolling stones. The fear gripped him! He must do something and drastically too. This satanically engendered fear just would not leave King Saul alone.

The word ‘forced’ ‘aphaq (aw-fak’) means ‘to contain or restrain (oneself); (reflexively) to abstain; feel compelled.’ This is Saul’s excuse: “I waited for you and when the timing elapsed I forced myself to do this thing, bedeviled with the uncomfortable, prevailing phenomenal circumstance.” The Enemy made sure that Saul forgot Deuteronomy 5:32, “Ye shall observe to do therefore as the LORD your God hath commanded you: ye shall not turn aside to the right hand or to the left.” God, he forgot, is the Keeper of appointments.

Anytime you find yourself walking diametrically against God’s will, what you are actually doing is an arrogant act: pride goes ere fall. The meaning of the Hebrew word for ‘offered,’ `alah, (aw-law’) is: ‘to ascend, intransitively (be high) or actively (mount).’ The king gave his ears to an enemy, an arrogant enemy who did lose out with God and was condemned to be and forever remain an outcast. It was so apropos that Lucifer would mount Saul on a high horse that will spell ‘egotism.’

Eve festered superstitious proclivity is ingrained in man’s consciousness, ready for satanic motivation, bringing out the worst of this human proneness. Saul, the king, did fall for it. He has taught me a lesson, so why should I fail like he did. Praise the LORD!  (Concluded)