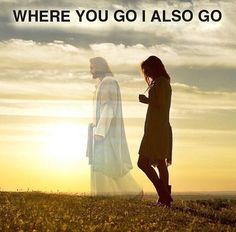 HE IS IN FULL CONTROL (Part two)

2)            Abraham was a bona fide friend of God. He passed the baton to Isaac, who needed not see the physical manifestation of the LORD God.

Isaac being the second of the three progenitors of Israel, prefigures Christ, the Second Member of the Godhead, even the perfect manifestation of the unseen Jehovah. God, in Isaac, was still in control. Amen. Jacob must come into physical contact with Him to prepare the exodus of Jah people. The Israelites must bring Him down to the earth a la worship –true adoration of the Most High. Pharaoh, the Antichrist of their days, kicked vehemently against an impending loss of slaves to lord over.

Pharaoh concretized his true discipleship of Satanism by defying the Most High God. The Devil does everything to ensure that people should not know that Satanism is a deadly opium. Its involvement is an active production of a congregation of myopes. Power of false knowledge is all that the demons -of myopic state beings- makes available to the unsuspecting cultists of Satanism. God was ready to crush every presence of Egypt’s esoteric pride to prove His Almighty’s reality.

“And I will stretch out my hand, and smite Egypt with all my wonders which I will do in the midst thereof: and after that he will let you go” [Exodus 3:20]. God’s introduction of His power should have taken care of Pharaoh’s incaution. “For they cast down every man his rod, and they became serpents: but Aaron’s rod swallowed up their rods” [Exodus 7:12]. The word ‘rods’ is maṭṭeh or maṭṭâh (mat-teh’): ‘a branch (as extending); figuratively a tribe; also a rod, whether for chastising (figuratively correction), ruling (a sceptre).’ The ‘rod’ is an extension of ones power of influence. God’s influential power, too much for Pharaoh’s despotism, must be in control. The second object is the serpent.

At the burning bush experience, Moses’ rod turned into the serpent called nâchâsh (naw-khawsh’), so called from its hiss, and being the same that tempted the woman of Eden. Moses had that one in his firm control as long as he obeyed his God. The serpent in Exodus 7:12 is a different tannı̂yn or tannı̂ym (tan-neen’): ‘dragon, serpent, sea monster; dragon or dinosaur, sea or river monster; venomous snake.’ Tannı̂yn, in its definition, is expressive of various religions of satanic establishments. The very essence of their being was swallowed up in absolute victory. Pharaoh probably told them, “Get more power of higher potency!” He must show this alien God who is in control. The stupidity of Pharaoh’s mind ignited the ire of the Most High which unleashed the ten devastating plagues.

Jehovah is the LORD of the waters

Exodus 7:18, “And the fish that is in the river shall die, and the river shall stink; and the Egyptians shall lothe to drink of the water of the river.” The death of the fish was to alert Pharaoh of the incapacitation of Dagon, the worshipped idol of the river. “And Aaron stretched out his hand over the waters of Egypt; and the frogs came up, and covered the land of Egypt” [Exodus 8:6]. The Hebraic word for ‘frog’ is tsephardêa‛ (tsef-ar-day’-ah) meaning: ‘a swamp; a marsh leaper, that is, frog.’ Water is emblematic of God’s word, people or the Holy Spirit. In their rejection of God’s word, the people of Egypt became the enemy of God and His counselling Spirit. As they said, “No,” to the Spirit of God, it was a positive provocation of the emergence of the unholiness of foul spirits, of which the social abhorrence of frogs represented. A denial of God’s control of full blessedness is an undeniable attraction of the otiosity that inhabits Satanism.

The third plague is seen in Exodus 8:16, “And the LORD said unto Moses, Say unto Aaron, Stretch out thy rod, and smite the dust of the land, that it may become lice throughout all the land of Egypt.” The priests, who were the custodians of the idol worshipping Egyptian, got worse hit. They must shave their entire body every three days to ensure that they would not bring vermin into the temples. Even the magicians would not replicate the particularly disgusting offensive ‘anger of God’ that time.

Exodus 8:24, “And the LORD did so; and there came a grievous swarm of flies into the house of Pharaoh, and into his servants’ houses, and into all the land of Egypt: the land was corrupted by reason of the swarm of flies.” And by the miraculous separation which exempted the Goshen land of Israelites from the plagues, which the LORD God effected, trouble began only in Pharaoh’s Egypt. The definition of ‘swarm‘ is: ‘a mixture of flies.’ Plaguing! Terrible! What is most significant about this fourth plague is the fact that the Egyptians boast of a pantheon of gods: Baalzebub, the fly-god of Ekron; Hercules, muscarum abactor, Hercules, the expeller of flies, of the Romans; the Muagrus of the Eleans, whom they invoked against pestilential swarms of flies; and hence Jupiter, the supreme god of the heathens, had the epithets of Απομυιος and Μυωδης, because he was supposed to expel flies, and defend his worshippers against them. None of these, and not even the pantheons could save Pharaoh. Jehovah is in full control.

Previous Post
HE IS IN FULL CONTROL (Part one)

Next Post
HE IS IN FULL CONTROL (Part three)