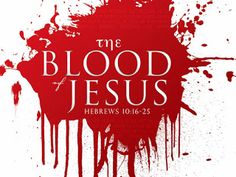 3)            The blood is Jehovah’s protective devise for His woman. Before she could come into being, his future husband had to sacrifice his rib to allow the expiative innocent blood to go ahead of her disobedience. Its circulatory motility that ensures man’s vim makes it the perfect mechanism of spiritual regeneration. God does not toy with erratic ventures. The blood is a serious affair. It must involve God too. A messier than the clayey sculptural mould of Adam (Genesis 2:7), in Eden, would be the goriest sleep of Golgotha.

Adam’s tardemah gave the sinless life to the female Adam

The first woman must possess the sinless blood of the first man, a typal Jesus. He must die to bring the church into creation. Did Adam have to die for his woman’s creation? Yes. “And the LORD God caused a deep sleep to fall upon Adam, and he slept: and he took one of his ribs, and closed up the flesh instead thereof” (Genesis 2:21). ‘Deep sleep’ is the Hebrew tardemah (tar-day-maw’), feminine noun, meaning: ‘1. a lethargy 2. (by implication) trance.’ Now this tardemah has the root word radam (raw-dam’), which is: ‘to stun, i.e. stupefy (with sleep or death).’ The saints of Jehovah are not said to be dead, they ‘sleep in the LORD.’ The blood that was shed in Adam’s tardemah gave the sinless life of the female Adam.

Jericho falls but Rahab was saved by the blood

The names of the four surviving wives of the antediluvian annihilation were kept secret. Why? The Church is God’s most guarded secret. Four is the number of creation. The Church is the creation of a new species of immortality. Christians have, running in their veins, the covenanted blood of God Himself, the Creator of the heavens and the earth. It was important for Rahab to ask for a token. Joshua 2:18 narrates Joshua’s sent spies instruction to Rahab, “Behold, when we come into the land, thou shalt bind this line of scarlet thread in the window which thou didst let us down by: and thou shalt bring thy father, and thy mother, and thy brethren, and all thy father’s household, home unto thee.” This verse is a complete soteriological narrative, no doubt! Everything is so amazingly compactly put together here.

The Blood: the binding connectivity

Let us begin with the word ‘bind.’ It is qashar (kaw-shar’) which means: ‘bind (up), (make a) conspire (-acy, -ator), join together, knit, stronger, work (treason).’ Scripture makes it clear that Satan’s wicked conspiracy drove us into our sinful nature. The blood is the binding connectivity that engenders the closeness of ‘the body’ to the Christ. She was a gentile woman, with no covenant with Jesus, her faith in the finished work of the cross got her engrafted in the Israel of God’s covenant. Ephesians 2:13, “But now in Christ Jesus ye who sometimes were far off are made nigh by the blood of Christ.”

‘Line’ is tiqvah (tik-vaw’). This word is a feminine noun and it has the definition of: ‘1. (literally) a cord (as an attachment) 2. (figuratively) expectancy.’ The Church is attached to Jesus by a marriage. Our expectancy is the promised celestial bliss. Does it not say, ”If in this life only we have hope in Christ, we are of all men most miserable,” in 1Corinthians 15:19? Shaniy (shaw-nee’) is the Hebrew for ‘scarlet’ and it means: ‘crimson, properly, the insect or its color, also stuff dyed with it.’ This is the blood. The precious blood of Jesus. It is truly a big deal. It just has to be Shaniy which happens to be a masculine noun. Jesus is the Bride-groom of the redeemed Church, He is a Man, our dear God-man. The noun ‘thread’ is chuwt (khoot) ‘1. a string 2. (by implication) a measuring tape.’ It is another masculine word. How does it typify Jesus? The measuring stance makes Jesus what He is: the paradigm. Then we have ‘window.’ It is challown (khal-lone’) meaning ‘an opening -[a window (as perforated)].’ Interestingly, challown is either of the genders of male and female. Salvation is not gender partial. Was her household not delivered? Does it not say in Acts 16:31, “And they said, Believe on the Lord Jesus Christ, and thou shalt be saved, and thy house?”

God commanded male Israelites to cut off the foreskin of the genitals as an identity of His people. It is a bloody affair. The tabernacle, where Jehovah is worshipped must have a sprinkle of blood. It is for atonement. Jephthah’s daughter of Judges Chapter 11 needed not to have been sacrificed at all. Exodus 13:13 & Leviticus 18:15 give the solution. The woman of issue of blood was a reminder of the fallen man. The menses flowed for twelve years –the number of our Lord Jesus. She met Jesus, the Redeemer and the object of man’s offence ceased. Why?  Jesus says, ”And if any man hear my words, and believe not, I judge him not: for I came not to judge the world, but to save the world” in John 12:47. The Church had been purified for the Master’s use.

Mary Magdalene was the first to see the risen Lord. She stood in the capacity of the Church. The blood had been poured forth for the remission of sins. Amen!

Be cleansed of your sinful nature. Get born again. Say this prayer, believing it with all your heart: