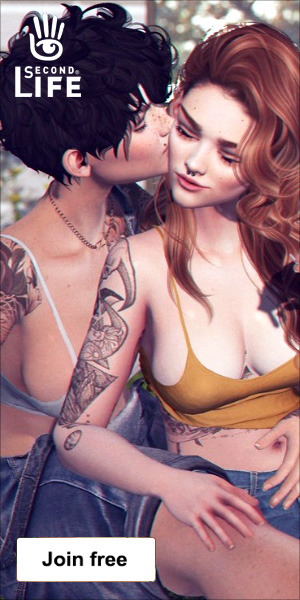 Who’s the male, and who’s the female lover?

4)            The noun, ‘vile’ of Romans chapter 1 verse 26 “(For this cause God gave them up unto vile affections: for even their women did change the natural use into that which is against nature:)” is atimia (at-ee-mee’-ah) ‘1. Infamy 2. (subjectively) comparative indignity 3. (objectively) dishonor.’ The next word, ‘affection’ is pathos (path’-os) ‘1. (properly) suffering (“pathos”) 2. (subjectively) a passion (especially sexual lust).’ ‘Women’ here is not necessarily of married ones. It is thelus (thay’-loos) meaning ‘female.’ The adjectival ‘natural’ is phusikos (foo-see-kos’) ‘1. “physical” 2. (by implication) instinctive;’ and the noun, ‘use,’ is chresis (khray`-sis), meaning: ‘1. Employment 2. (specially), sexual intercourse (as an occupation of the body). ‘Nature’ is the Greek phusis (foo’-sis): ‘1. growth (by germination or expansion) 2. (by implication) natural production (lineal descent) 3. (by extension) a genus or sort 4. (figuratively) native disposition, constitution or usage.’

Lesbianism not a big deal: to them!

Awanting Jesus, more and more women believe the incursion of Satanism has rendered them truly lonely and unloved by their male counterparts. Washing themselves in an unreal abashment, they walk into an unnatural act of lesbianism. What they think gives them enjoyment is a ‘vile affection’ in the sight of the LORD God. Taking their eyes away from Jesus, the Author and the Finisher of the enabling faith, resulting in their ungodly ratiocinatio, is the bane of their divine ostracism. The scriptural truth is that God has taken the woman (Jesus’ Bride). There is no place for a Second Woman –spiritually. Lucifer has perfectly designed a derogatory existence for the adherent and lost Adamic female. Lesbianism is unbecoming in the sight of the Creator!

Most definitely, Romans 1:26-28 is nothing short of the homosexualism of Satanism. The word ‘use,’ of the 27th verse, chresis, has to do, specifically, with the pudenda. The only use of the pudenda, in reference to the opposite sex, is coition. This, being an undeniably facticity, makes the burning of the male towards another male a case for an ungodly practice of homosexuality. This inordinate lust is a revelation of the slough engendered by man’s decision to slough the native disposition, allowed by the protocol of God’s constitution, regarding lawful coition.

From the 27th verse, we have ‘working,’ katergazomai (kat-er-gad’-zom-ai) which is: ‘1. to work fully, i.e. accomplish 2. (by implication) to finish, fashion.’ That which is ‘unseemly’ is aschemosune (as-khay-mos-oo’-nay) ‘1. a lack of form 2. (morally) an indecency 3. (by implication) the genitalia, pudenda.’ ‘Reprobate’ is adokimos (ad-ok’-ee-mos): ‘1. unapproved, i.e. rejected 2. (by implication) worthless.’ With the goading of Satanism, ‘men with men’ –lustful pudenda thrust into the opening of a male’s anus— becomes a fashioned accomplishment of social scatological use of the male genitalia. Lucifer, sadistically, receives the obeisant facticity of this unapproved bestial worthlessness of same sex indulgence. Homosexuality isuncontrovertibly a ritualism of Satanism. And man, bent on the vitiation of God’s precepts in a volitive obduracy, has become absolutely incorrigible. Stiff-necked! God, seeing that man will never change his evil position, renders the reprobate as worthless as his goading Satan.

Occultism: it is global.

Appropriately, they will be judged.

The true picture of the world is completely submerged in idolatry.

Business ventures must come under cultic arrangement. Entertainment industry must be dominated only by the Illuminati initiated ‘lucky’ minions. Sanguinary sacrifices must seal up political ambitions. Royal fathers and mothers are wrapped in the vanguardism of Satanism. Which of the world’s religion is not in partnership with Satanism? The Church of Jesus? Of course, it has been terribly infiltrated. Big time pastors are known to be dining and wining with Lucifer! It is now an open secret that a lot, if not most of these big churches, become such for having performed rituals of live animals and even live pregnant women! God requires a blood sacrifice to perfect His soteriology; the Devil must ape God by asking for a demonic spill of crimson fluid.

The true picture of the world is satanically controlled

The world has removed Jesus Christ from the picture. The Church places more emphasis on other issues other than Jesus –prosperity; crowded auditorium; egoistic boost. In the book of Matthew 24:14, Jesus prophesied, “And this gospel of the kingdom shall be preached in all the world for a witness unto all nations; and then shall the end come.” The Devil must do everything possible to vitiate God’s word. How do you vitiate God’s word? Is it not by making Jesus of none effect? “Take Jesus out of the picture, put yourselves there,” Lucifer has instructed his associates. So, what do you see? The looming pictures of prophets, pastors and evangelists on evangelical billboards.