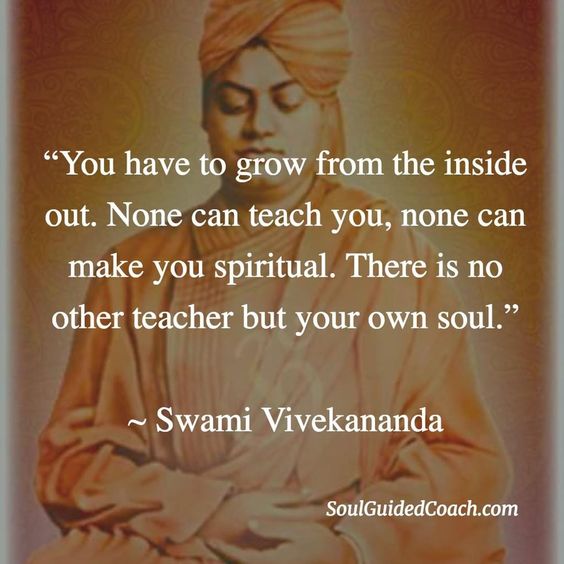 Swami Vivekananda is a true Humanist. The Holy Spirit is our true Teacher.

A Hindu believes that the individual soul (atman) is neither created nor destroyed; it has been, it is, and it will be. (Courtesy ‘Part of Hinduism For Dummies Cheat Sheet’)

Of spiritual faux pas is the belief that souls, atman, as Hindu calls it, are not created entities. Only God remains uncreated. Any other intelligent being that is not of creationism is as old as Jehovah, ergo, the eternal God, the Creator! John 1:3-4 says of Jesus, “All things were made by him; and without him was not any thing made that was made. 4) In him was life; and the life was the light of men.”

The natural you is a walking cadaver. Get born again to avoid hell!

Karma, according to Hindu religion’s belief, is not just merely retributive, it teaches reincarnation. If the atman is as old as the Creator, and it has always reincarnated then humans should know when Lucifer staged that putsch of celestial infamy. I am yet to make an acquaintance with anyone who died, came back to tell the story of heaven or hell in conformity with the revealed Scripture. The good Bible says categorically in Romans 6:6, “Knowing this, that our old man is crucified with him, that the body of sin might be destroyed, that henceforth we should not serve sin.” And in Hebrews 9:27,“And as it is appointed unto men once to die, but after this the judgment:” The preposition ‘as’ is made up of two words kata and hosos. Kata (kat-ah’) means: ‘down from; throughout; according to.’ Hosos (hos’-os) has the definition of: ‘as (much, great, long, etc.) as.’ The next word, ‘appointed’, is apokeimai (ap-ok’-i-mahee): ‘to be laid away, laid by, reserved; reserved for one, awaiting him.’ Paul is saying that: “Inasmuch as” (definition of ‘as’) it is ‘reserved’ or ‘awaiting one’, is a once-in-a-life-time death, there is Divine verdict that follows it.” You do not meet with death and come back to life again; this is the Divine law.

The Bible, it is, and never this karmic insistence of Hinduism, that reveals the true mind of the Creator. Remember the rich man who tried to change the entrenched law of Divinity? A classic terrene phenomenon is the story found in Luke 16:19-31, told by Jesus Himself. Let us look at two verses. 23) “And in hell he lift up his eyes, being in torments, and seeth Abraham afar off, and Lazarus in his bosom. 24) And he cried and said, Father Abraham, have mercy on me, and send Lazarus, that he may dip the tip of his finger in water, and cool my tongue; for I am tormented in this flame.” Just in case you would love to defend yourself with, “Oh, it’ll be for a certain period of cycle of karmic time,” the Bible does not agree with karmic insistence in this 27th verse of “Then he said, I pray thee therefore, father, that thou wouldest send him to my father’s house:” Why did he want that prayer granted? 28) “For I have five brethren; that he may testify unto them, lest they also come into this place of torment.”

The bane of man’s misery!

Now if the story ends with the 27th verse, most arguably, karmic submission of Hinduism wins! Thanks be to God –for the Bible! Father Abraham burst the bubble of unscriptural karma with the Scripture’s recording of his answer to the wicked, dead rich man: 29) “Abraham saith unto him, They have Moses and the prophets; let them hear them.” Religion is never satisfied with the rhema of the Logos. The words of God have been seven times proven to span eternity to unending eternity.

Without Christ mental understanding is a farce!

Thinking that the philosophical conclusion of human reasoning is better structured to displace Scripture’s couch, the adamantine proclivity of the homo sapiens, so warped in its pertinacity, will see himself sailing beyond the oceanic imagination of the Divinity! Lost! Most definitely! Thinking that he could counsel God’s inadequacy and get himself a short-cut way out, the 30th verse reads, “And he said, Nay, father Abraham: but if one went unto them from the dead, they will repent.” Not so fast, Mr. Karmic oriented Homo sapiens, the Bible is never without the best of the true answer. The 31st verse speaks Jehovah’s mind. “And he said unto him, If they hear not Moses and the prophets, neither will they be persuaded, though one rose from the dead.” End of Hindu’s karmic discussion! Amen! 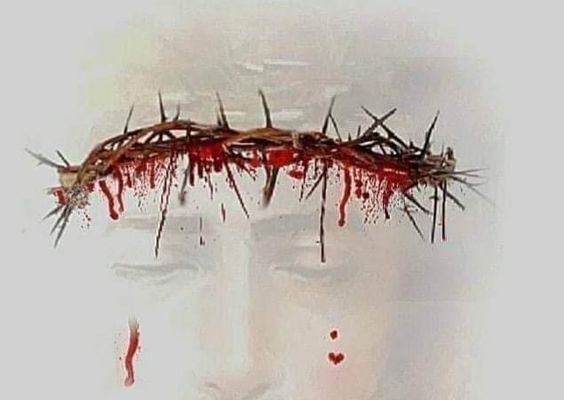