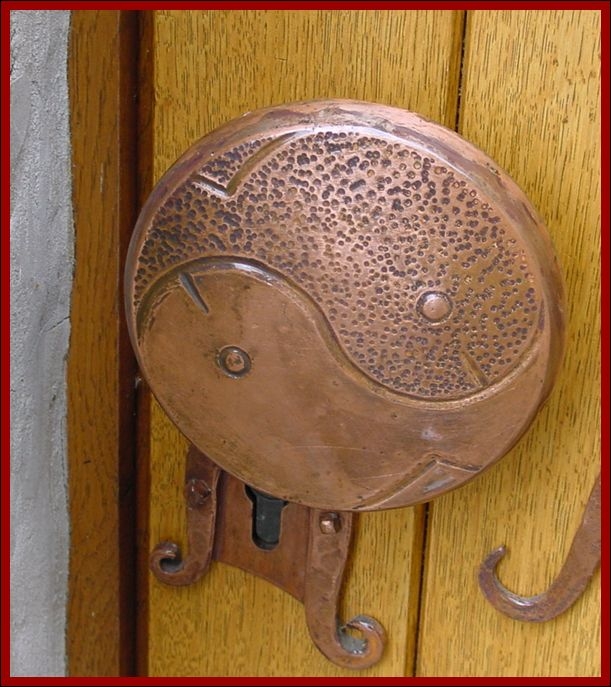 We are still on Taoism.

Taoism does not identify man’s will as the root problem. Rather, it asserts that man must place his will in harmony with the natural universe.

Taoist philosophy recognizes that the Universe already works harmoniously according to its own ways; if a person exerts his will against or upon the world, he would disrupt the harmony that already exists, he would go ‘against the flow of life’.

When following the ‘wuwei’, the goal is called ‘pu’ (simplified Chinese: 朴; traditional Chinese: 樸; pinyin: pǔ, pú; lit. “uncut wood”, translated as “uncarved block”, “unsewn log”, or “simplicity”), representing a passive state of receptiveness. It is believed to be the true nature of the mind, unburdened by knowledge or experiences. Pu is a symbol for a state of pure potential and perception without prejudice, without illusion.

Pu describes an aimless action, because with a goal, one would develop anxiety about this goal. Pu describes the ‘just being’ without the aim of being.

(i.e.: Playing an instrument just for playing, not thinking about the playing, since otherwise one will get in ones own way and interfere with one’s own playing.) (Culled from a post by *One World Nations Online*)

She saw that… good for food…was pleasant to the eyes, and to make one wise

The genesis of man’s wanton disregard for godliness is there in the Book of Genesis chapter 3 verses 6-7, 6) “And when the woman saw that the tree was good for food, and that it was pleasant to the eyes, and a tree to be desired to make one wise, she took of the fruit thereof, and did eat, and gave also unto her husband with her; and he did eat. 7) And the eyes of them both were opened, and they knew that they were naked; and they sewed fig leaves together, and made themselves aprons.” They had lost the godly eyes of their originality –in creation. They saw only with the eyes of satanic projection.

The LORD God had earlier warned them, when He said, “But of the tree of the knowledge of good and evil, thou shalt not eat of it: for in the day that thou eatest thereof thou shalt surely die” [Genesis 2:17]. They died, and their progenies, all before their thousandth birthdays! God made them free moral agents. They were expected to exercise their free moral agency, contrary to Taoist didacticism. The Bible clearly states in Genesis 2:16, “And the LORD God commanded the man, saying, Of every tree of the garden thou mayest freely eat:” to debunk the Taoism inability to identify man’s will as the root his primordial problem.

Tao itself is not an omnipotent being, but the genesis, the source and the alliance, the conjunction of opposites and as such not definable.

Tao is ‘the nameless’, because neither it nor its principles can ever be adequately expressed in words.

From a philosophical point of view tao can be seen apart and beyond from all defining abstract concepts, because it is the reason for and the reason of being, the transcendental origin and transcendental philosophy and as such incorporates all, including the antipode of being and non being. (*One World Nations Online*)

Nicodemus came to Jesus, and believed

Tao is both a being and non-being. It is an abstraction. Not dependable to those whose lives run on the sanity of spiritualism. How can salvation come from an abstract Tao? Part of Hebrews 11:6 reads, “……for he that cometh to God must believe that he is….” The word ‘cometh’ is proserchomai (pros-er’-khom-ahee): ‘to approach, that is, (literally) come near, visit, or (figuratively) worship, assent to.’ The auxiliary ‘must’ is the Greek dei (die): ‘it is (was, etc.) necessary (as binding).’ And the helping verb ‘is’ is esti (es-tee’) and it means: ‘third person singular present of “to be” indicative of eimi (i-mee’): ‘to exist.’ This clearly is an invocation of the eternal existence of Jehovah! Whoever approaches God must, of all necessity, believe with all his heart, mind, thought and strength that the LORD God is the Eternal Jehovah, a palpable Being, who has no beginning and no ending, blessed for ever and ever. Amen.

You will get part eleven here