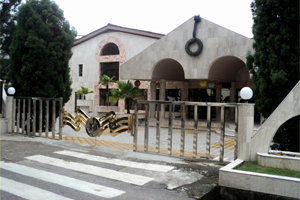 4)            Why should they be the ones to tell the Church what the duration of the holy service of assemblage should be? Why should the number of the worshippers of Jehovah be pruned? You, I believe, do not have the slightest idea the subtle design of this Satanism! “Fifty percent of the total capacity is what the State allows for every local assembly of the Church,” happens to be the covid19 edict. Right? Fifty comprises five and ten. Five speaks of grace of God. Ten is of trials. The idea of percentage is a fractionization attempt. Fifty, ergo, throws the Church into the trial which Satan uses as a springboard to rob God’s people of His divine grace. Exemption of children and Christians of over sixty years is definitely a fractionation, intended to cut the head and the tail of the Church off. The satanic subtle encryption, in seeing through covid19 fallacy, is easy to decipher.

When a traditional acceptance moved the apostles to chase the children away from Jesus, what happened? “But Jesus said, Suffer little children, and forbid them not, to come unto me: for of such is the kingdom of heaven” [Matthew 19:14]. In the days of Solomonic rule of Israel, featuring the wisest that ever lived among the children of Adam, the king did have counsellors, who helped the great Solomon in state affairs. What did Rehoboam, the prince of Solomon, do? 1Kings 12:6-10 “And king Rehoboam consulted with the old men, that stood before Solomon his father while he yet lived, and said, How do ye advise that I may answer this people? 7) And they spake unto him, saying, If thou wilt be a servant unto this people this day, and wilt serve them, and answer them, and speak good words to them, then they will be thy servants for ever. 8) But he forsook the counsel of the old men, which they had given him, and consulted with the young men that were grown up with him, and which stood before him: 9) And he said unto them, What counsel give ye that we may answer this people, who have spoken to me, saying, Make the yoke which thy father did put upon us lighter? 10) And the young men that were grown up with him spake unto him, saying, Thus shalt thou speak unto this people that spake unto thee, saying, Thy father made our yoke heavy, but make thou it lighter unto us; thus shalt thou say unto them, My little finger shall be thicker than my father’s loins.”

Solomon’s son retired the experienced older ones; each one of them was over seventy years of age, no doubt. Rehoboam cut off the head of the governing counsel, the same way the cosmic governance wants to cut off the elderly Christians from the assemblage. Rehoboam, what became of him? His governance was a disaster; a complete failure. In his days Israel was torn into two. He did not even receive a good deal from the division. He was left with just two out of the twelve tribes. His father’s servant, Jeroboam, got ten to become the king of the Northern Kingdom of Israel. Solomon’s son lost his reputation, responsibility and fame. He disappointed his wise father who had high hopes in his birth to have given him the name Rehoboam the Hebraic of which is rechab‛âm (rekh-ab-awm’) meaning: ‘A people has enlarged;’ expecting Rehoboam to follow after the footsteps his grandfather, David, to be a Jehovah obeying and loving king in the preservation and enlargement of Israel.

June celebrants of The Household Of God Church

The Church of Jesus has the solution to this environmental phenomenon, but the power of Satanism (that be) has no regard for the Creator. Which leader of the world’s political establishment has nothing to do with Satanism? From the grass-root of Local Government Council leadership up to the Prime Minister, President, King or whatever the head of the national government is designated, only a very inconsequential few do not go into partnership with the Devil to clinch the coveted political post. They must continue to perform sacrificial ritualism, a lot of which entails the use of human parts and lives. For this reason they must have hidden places of ritualistic operations, where kidnapped people are kept for the occasional ritualism of Satan’s appeasement.

The concluding part five is here.