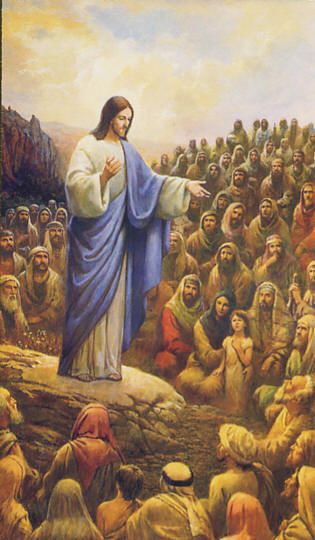 3)            Whether the Devil likes it or not, that is what we are –Christians—, God’s prevailed Prince. The Hebraic ‘prevailed’ is: yâkôl (yaw-kole’) ‘to be able, be able to gain or accomplish, be able to endure, be able to reach.’ Remember Jesus made the asseveration, “shall not prevail against,” concerning the Church, in Matthew 16:18? It is very interesting that ‘shall’ and ‘prevail against’ have the same Hebrew word katischuō (kat-is-khoo’-o), meaning: ‘overcome.’ There is, therefore, a double assurance of the Church’s triumphant strides. Let us go back to Genesis 32:28 where Jacob was said to ‘have power with God,’ and God here, is ‘ĕlôhı̂ym (el-o-heem’): ‘rulers, divine ones, judges, gods in the ordinary sense; used of the Supreme God.’ Should it not be apropos to explore the antithetical imagery in this verse? The noun ‘man’ ‘ĕnôsh (en-oshe’) in Hebrew is: ‘man, mortal man, mere man.’ Israel, having prevailed to be the Prince by the side of the Almighty Elohiym, will most definitely triumph over the wiles of Satanism, aided by mere mortality of a man of the dust. Now, I believe it is pellucid enough to understand the appropriate double asseveration of the Christian’s triumphant decree of the Divinity.

Pharaoh, forsooth, you were grounded in the dearth of good counsellors. If you were not bereft of the sagacity of counsellors, you would have been strongly counselled against the antagonism you preferred towards Jehovah Elohiym. The LORD God desired the Church worship before His holiest presence. His choice of assemblage was the Israeli concourse. Pharaoh, if you did not make it to the paradise of Abraham’s Bosom, you are, without controversy, licking your wounds in hell, for not asking the Israelites for an invitation to worship this Jehovah alongside His prince, the Church.

It had been a long time the Lord had had communion with His people. The Eden fellowship would receive a reenactment in the wilderness –the celestial Church brought down to the earth. The Lord had shown Moses the architectural design. Three verses show that God is the Architect of the place of holy concourse. Exodus 25:9 “According to all that I shew thee, after the pattern of the tabernacle, and the pattern of all the instruments thereof, even so shall ye make it.” Towards the end of the chapter is: “And look that thou make them after their pattern, which was shewed thee in the mount” (Exodus 25:40). The Pauline exegesis teaches: “Who serve unto the example and shadow of heavenly things, as Moses was admonished of God when he was about to make the tabernacle: for, See, saith he, that thou make all things according to the pattern shewed to thee in the mount” (Hebrews 8:5).

Israel, Jehovah has your back.

No nation, till today, has the close fellowship Israel experienced with the Lord of creation. The stage was set for the emergence of the true Church.

It eventually happened in the Upper Room. Acts 2:1-4 “And when the day of Pentecost was fully come, they were all with one accord in one place. 2 And suddenly there came a sound from heaven as of a rushing mighty wind, and it filled all the house where they were sitting. 3 And there appeared unto them cloven tongues like as of fire, and it sat upon each of them. 4 And they were all filled with the Holy Ghost, and began to speak with other tongues, as the Spirit gave them utterance.”

Daniel saw and prophesied it all

Through the children of God, great emperors have heard veracious vaticination of global events. Nebuchadnezzar even became a believer before his death. A most erratic Ahasuerus would give a most favourable attention to the prayer of queen Esther whose true Hebrew name, Hadassah, typifies the Christian. Hadassah is Hebrew for the myrtle tree. How is Hadassah the typicality of the Christian Church? It is 1) a lowly tree. 2) a fragrant shrub. 3) beautiful; and 4) happens to be an evergreen plant. Lowliness of the myrtle makes the Christian of an obedient and humble heart. “Rejoice greatly, O daughter of Zion; shout, O daughter of Jerusalem: behold, thy King cometh unto thee: he is just, and having salvation; lowly, and riding upon an ass, and upon a colt the foal of an ass” (Zechariah 9:9).

The Christian Church gives off a pleasant smell to the nostrils of the Divinity. 2Corinthians 2:15 “For we are unto God a sweet savour of Christ, in them that are saved, and in them that perish.”

One of the wowing joys to Adam, that made the woman a persona grata entity was her enthralling pulchritude. Romans 10:15 “And how shall they preach, except they be sent? as it is written, How beautiful are the feet of them that preach the gospel of peace, and bring glad tidings of good things!”

The Christian is a one crowned with divine power. Luke 10:19 “Behold, I give unto you power to tread on serpents and scorpions, and over all the power of the enemy: and nothing shall by any means hurt you.” Mark 16:15-18 “And he said unto them, Go ye into all the world, and preach the gospel to every creature. 16) He that believeth and is baptized shall be saved; but he that believeth not shall be damned. 17) And these signs shall follow them that believe; In my name shall they cast out devils; they shall speak with new tongues; 18) They shall take up serpents; and if they drink any deadly thing, it shall not hurt them; they shall lay hands on the sick, and they shall recover.”

You will get part 4 here