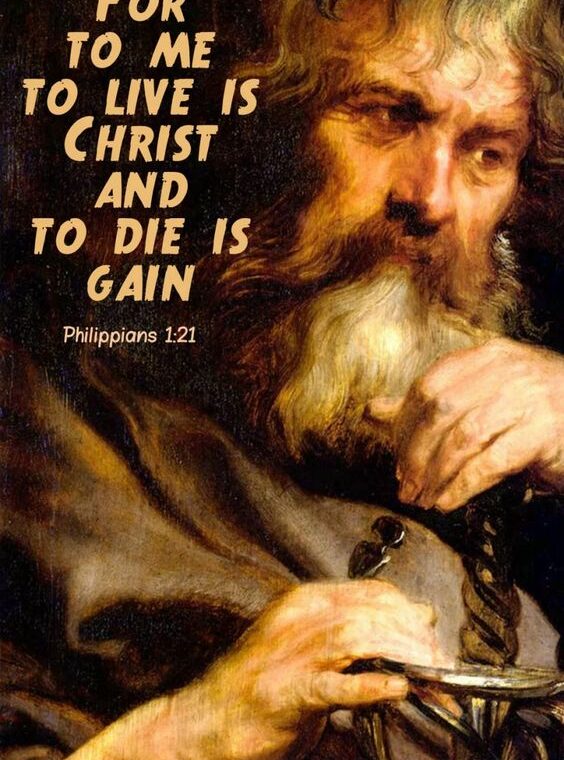 4)            The parabolical mastery of the Lord Jesus made a conclusion regarding those who reject the gospel of the truth in Matthew 13:30, “Let both grow together until the harvest: and in the time of harvest I will say to the reapers, Gather ye together first the tares, and bind them in bundles to burn them: but gather the wheat into my barn.” The adjectival ‘both’ will always be an inference to only two things. Only two categories of people are seen in the life after death. Paradise people got born again, but candidates of hell rejected the Lordship of Jesus. There is no in-between, sitting on the fence. As a matter of scriptural fact, there is no absolute death, in the sense that immediately one breathes the very earthly breath –in the least of a fraction of a second— one is transported either to heaven –if born again— or to hades, where the rich man of Lazarus’ (Luke 16:19-31) story was led to.

The parable of Matthew 18:8 would not have been told if there is no real hell of after-life torments, which reads, “Wherefore if thy hand or thy foot offend thee, cut them off, and cast them from thee: it is better for thee to enter into life halt or maimed, rather than having two hands or two feet to be cast into everlasting fire.” What is ‘everlasting fire’ if not hell?

Jesus Christ taught what will happen in His Kingdom in Matthew 25:24-46. “And before him shall be gathered all nations: and he shall separate them one from another, as a shepherd divideth his sheep from the goats:” (Matthew 25:32). Only two categories of people: meaning that spiritual reality does not entertain neutrality. You are either for or against Jesus, the Author of creationism. For those wicked souls who reject the gospel of Jesus Christ and the ones who accept Him, “And these shall go away into everlasting punishment: but the righteous into life eternal;” respectively. The choice of the two categories of Matthew 25:46 is yours to decide before death –the minute, hour or day you are absolutely oblivious of. Selah!

2Peter 2:4-9,  4) “For if God spared not the angels that sinned, but cast them down to hell, and delivered them into chains of darkness, to be reserved unto judgment; 5) And spared not the old world, but saved Noah the eighth person, a preacher of righteousness, bringing in the flood upon the world of the ungodly; 6) And turning the cities of Sodom and Gomorrha into ashes condemned them with an overthrow, making them an ensample unto those that after should live ungodly; 7) And delivered just Lot, vexed with the filthy conversation of the wicked:  8) (For that righteous man dwelling among them, in seeing and hearing, vexed his righteous soul from day to day with their unlawful deeds;) 9) The Lord knoweth how to deliver the godly out of temptations, and to reserve the unjust unto the day of judgment to be punished:” Strength of soteriological admonition, that is deduced from this apostolic words of Peterine couch!

Noah and his antediluvian family coming out of the ark

I remember a scriptural disquisition I got myself engaged in with a visiting Jehovah’s Witness people who asked, “How can a loving God throw people of His creation into hell.” I did not even know the above scripture then. And I remember asking them two scriptural phenomena. “If you think God wouldn’t do it,” I began, “what about the annihilation of the great Deluge of Noah’s days, which involved about two and a half million people? What about, in case you’ve forgotten, the destruction of Sodom and Gomorrah, where Jehovah’s angst poured torrential conflagration upon the disobedient inhabitants of those geographical settlements?” was my conclusion. They had not a convincing flow of words of defence.

“Behold, I shew you a mystery; We shall not all sleep, but we shall all be changed,” [1Corinthians 15:51]. Mustērion (moos-tay’-ree-on) is the Greek for ‘mystery,’ meaning: ‘hidden thing, secret, generally mysteries, religious secrets, confided only to the initiated and not to ordinary mortals; a hidden or secret thing, not obvious to the understanding; a hidden purpose or counsel.’ ‘Sleep’ is koimaō (koy-mah’-o) to put to sleep, that is, (passively or reflexively) to slumber; figuratively to decease: – (be a-, fall a-, fall on) sleep, be dead, to die.’ ‘Changed,’ allassō (al-las’-so), means: ‘to change, to exchange one thing for another, to transform.’ Paul reveals a future phenomenon of Divine working intended to glorify His holy nation, the Christians. This is a mystery known only to the regenerate souls of the body of Christ, which the Holy Spirit reveals to those who are endowed with His Spirit.