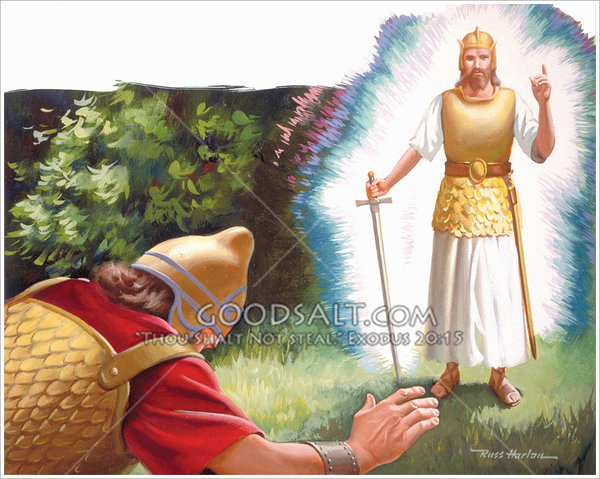 Joshua, the captain of the LORD’s army would never bow in worship before an angel.

4)            “And it came to pass, when Joshua was by Jericho, that he lifted up his eyes and looked, and, behold, there stood a man over against him with his sword drawn in his hand: and Joshua went unto him, and said unto him, Art thou for us, or for our adversaries?  14) And he said, Nay; but as captain of the host of the LORD am I now come. And Joshua fell on his face to the earth, and did worship, and said unto him, What saith my lord unto his servant?  15) And the captain of the LORD’s host said unto Joshua, Loose thy shoe from off thy foot; for the place whereon thou standest is holy. And Joshua did so” [Joshua 5:13-15].

The children of Israel know it when the Lord, their God, makes an appearance. He had entered into a covenant with them. One of the Hebraic definition of ‘man’, ‘ı̂ysh (eesh), is: ‘male (in contrast to woman, female); husband; human being, person (in contrast to God); champion; great man.’ There are sixteen types of ‘man’ in Hebrew. This ‘ı̂ysh is one of the two -the other being ‘Ba’al’- which means ‘husband’. The personage Joshua saw as a ‘man’, of the thirteenth verse, happened to be the covenant Husband of Israel, ergo, the spiritual Owner and God of Joshua, and, of course, the entire Israel.

Śar (sar), the Hebrew for the 14th verse ‘captain’ means: ‘a head person (of any rank or class): – captain (that had rule), chief (captain), general, governor, keeper, lord.’ Joshua acknowledged this Captain as the Prince of peace. ‘Fell’ is the Hebraic nâphal (naw-fal’): ‘to fall prostrate, prostrate oneself before.’ Joshua’s prostration was a latria act. ‘Worship’ is shâchâh (shaw-khaw’): ‘to depress, that is, prostrate (especially reflexively in homage to royalty or God).’ It must be cognized that no true child of Israel will ever deign to bend in latria prostration before any being save his Jehovah. Jesus did not say, “I am known of my sheep,” for the fun of it. It is a truism.

Joshua remembered that Jehovah is a Man of war! That HE is the Leader of the angelic host of heaven was not lost to him. This was not Michael, Gabriel or any other luminous angel. The One before Joshua is none other than the One that cometh from Edom; with dyed garments from Bozrah! Joshua knew this Visitant was the One, “sitteth upon the circle of the earth, and the inhabitants thereof are as grasshoppers; that stretcheth out the heavens as a curtain, and spreadeth them out as a tent to dwell in” [Isaiah 40:22]. He could not even as much as breathe the shortest available argument, he went flat like the lizard on the ground, in holy adoration to the Great I AM, which is, and which was, and which is to come, the Almighty! Amen. Joshua is a witness to the goings forth of the Lord from heaven. Praise the Lord!

The case of Manoah and his encounter with the angel of the LORD, borne out of God’s intention to remove his wife’s barrenness, is what we see in the Book of Judges chapter 13. Every ‘man’ (six of them) and of ‘husband’ (three in number) in this Judges 13 occurrence is the Hebraic ‘ı̂ysh; which speaks of the totality of man, in whose hands dwell the charge of things. He came to prove that He was not an ordinary angel. “And Manoah said unto the angel of the LORD, What is thy name, that when thy sayings come to pass we may do thee honour? 18) And the angel of the LORD said unto him, Why askest thou thus after my name, seeing it is secret” [Judges 13:17-18]? Let it be known that the Scriptures never allow an unnecessary honour to be given to angels.

‘Honour’ is kâbad or kâbêd (kaw-bad’) ‘to be heavy, be weighty.’ Why would this Visitant give His name as ‘secret’, the Hebrew of which can be either pil’ı̂y (pil-ee’) or pâlı̂y’ (paw-lee) and means: ‘wonderful, incomprehensible, extraordinary, remarkable.’ Pil’ı̂y or pâlîy comes from pâlâ (paw-law) ‘to separate, that is, distinguish (literally or figuratively); by implication to be (causatively make) great, difficult, wonderful.’ This is what transpired in verse 20, “For it came to pass, when the flame went up toward heaven from off the altar, that the angel of the LORD ascended in the flame of the altar. And Manoah and his wife looked on it, and fell on their faces to the ground.” This is what a typical Jew does when the manifestation of his LORD God comes to his ocular expression: a bow in latria.

Next Post
IS THE MARIAN BIRTH THE FIRST EXISTENCE OF JESUS CHRIST? (Part five) 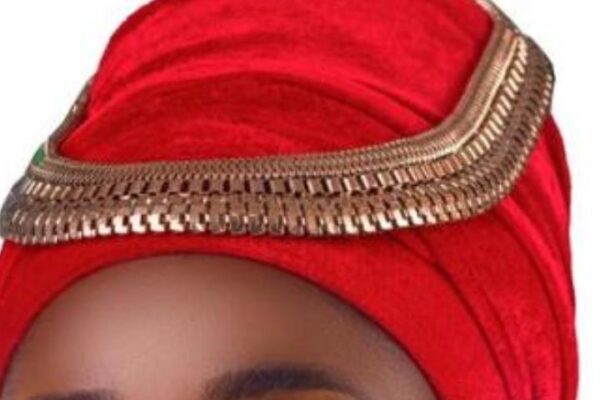 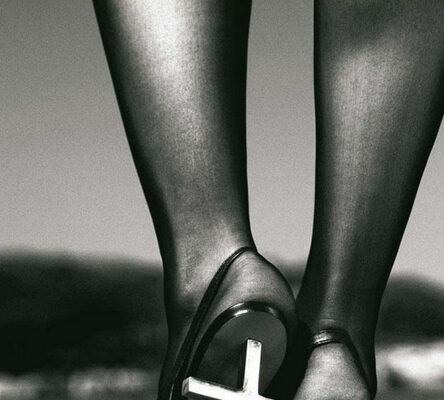