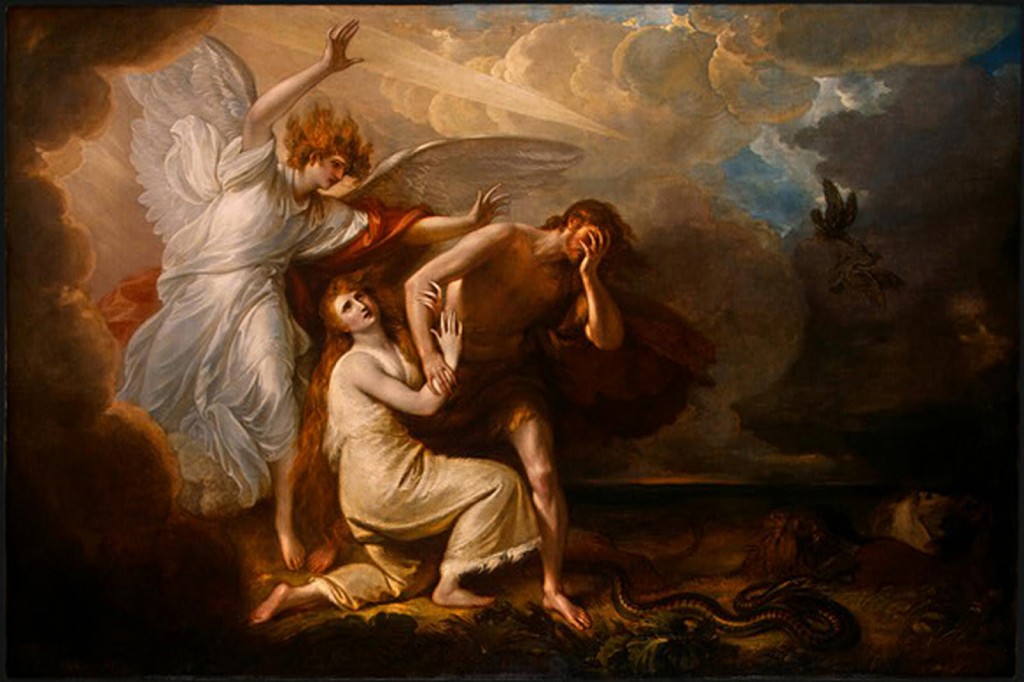 The Creator did not even bother to acknowledge the physical presence of Lucifer, the real spirit behind the serpentine shenanigan. What does this tell me? Lucifer is a persona non grata. Uselessness is the order of his evil being. Adam’s wife gave her precious time and ears to a being of perdition. Methinks Lucifer had all the answers for spiritual ascendancy. Where art thou, Lucifer, when the LORD God stood to judge evil. Lucifer, the liar, and the father of it, could not be heard again. Of truth it is, that the light of God’s word which Adam made available to his wife, did shine but the darkness of Satanism that hung around the woman did not allow the woman to ‘comprehend’ it. The Greek for ‘comprehend’ (found in John 1:5) is katalambanō (kat-al-am-ban’-o): ‘to lay hold of so as to make one’s own, to obtain, attain to, to make one’s own, to take into one’s self, appropriate’. Now that the physical presence of the Truth stood to judge, the persona non grata stance of Lucifer is revealed. Though, unfortunately, he had caused an unforgettable havoc on the Adamic race.

Genesis 6:1-3 “And it came to pass, when men began to multiply on the face of the earth, and daughters were born unto them, 2) That the sons of God saw the daughters of men that they were fair; and they took them wives of all which they chose. 3) And the LORD said, My spirit shall not always strive with man, for that he also is flesh: yet his days shall be an hundred and twenty years.” Why commentaries on this verses should run in diverse Scriptural didactics is quite untenable. Some teach that the ‘sons of God’ are the progenies of Seth. ‘The daughters of men’ to some others are the children of Cain. The word ‘men’ or the singular ‘man’ from verses 1-3 is the Hebrew ‘âdâm (aw-dawm’) meaning: ‘man, mankind, human being’. Seth was never the progenitor of the Adamic existence, his father, Adam, the first man, is. In the genealogy of man, Luke 3:38 reads, “Which was the son of Enos, which was the son of Seth, which was the son of Adam, which was the son of God.”

Adam: a personal mould of the Divinity

The reason why Adam is called the ‘son of God’ is the same reason why angelic beings are given the same title. Angelic beings were created, one after the other, directly by the Creator, just as Adam was, in the Eden Garden. Seth was not directly created by God; his birth was through the matrix mechanism of Adamic procreation. An argument is likely to pose, “How do you explain the fact that Israelites are children of God?” The answer to this is quite simple. God’s covenant with Abraham made them God’s ‘people’. Leviticus 26:12 “And I will walk among you, and will be your God, and ye shall be my people.” The noun ‘people’ is‛am (am) in Hebrew, meaning: ‘nation; persons, members of one’s people, compatriots, country-men; kinsman, kindred’. Israel means: ‘he will rule as God’ or ‘a prince by God’s side.’ Israel is God’s son by adoption: spiritual. Remember the Pauline exegetical unearthing of Romans 8:15 “…but ye have received the Spirit of adoption, whereby we cry, Abba, Father?” The ‘we’ refers to Christians. ‘Adoption’ is uihothesia (hwee-oth-es-ee’-ah): ‘the placing as a son, that is adoption (figuratively Christian sonship in respect to God).’

“the sons of God saw the daughters of men that they were fair” [Genesis 6:2]

The daughters are the offspring of humanity; and the sons of God are the fallen angelic host. Did they not lose their estates – positions – in heaven? Revelation 12:7-12 “And there was war in heaven: Michael and his angels fought against the dragon; and the dragon fought and his angels, 8) And prevailed not; neither was their place found any more in heaven. 9) And the great dragon was cast out, that old serpent, called the Devil, and Satan, which deceiveth the whole world: he was cast out into the earth, and his angels were cast out with him. 10) And I heard a loud voice saying in heaven, Now is come salvation, and strength, and the kingdom of our God, and the power of his Christ: for the accuser of our brethren is cast down, which accused them before our God day and night. 11) And they overcame him by the blood of the Lamb, and by the word of their testimony; and they loved not their lives unto the death. 12) Therefore rejoice, ye heavens, and ye that dwell in them. Woe to the inhabiters of the earth and of the sea! for the devil is come down unto you, having great wrath, because he knoweth that he hath but a short time.”

He hath reserved in everlasting chains under darkness [Jude 6]

Fallen angels, and not demons, were the ones who fell down from heaven to the earth. The term ‘first estate’ of verse 6 is archē (ar-khay’): ‘(abstractly) beginning; (concretely) chief – in time or place.’ They were regarded as principalities. They lost their original excellency, purity, dignity and holiness. Let us read from Jude 1:6, “And the angels which kept not their first estate, but left their own habitation, he hath reserved in everlasting chains under darkness unto the judgment of the great day.” Who were these chained in the hell of Tartarus? They are the same angels who married human daughters. The children that came from that unholy marriages were progenies of angelic pollution – half-angels and half-human freaky births.