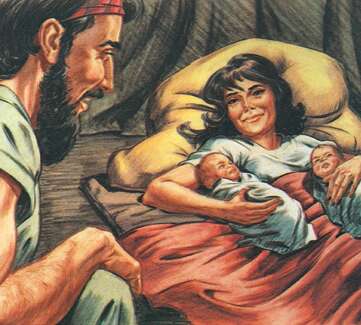 by hoojewale
0 Comments
The only reason for David to make verbal connectivity with the LORD God is because he knew how that the God of Israel had spoken to His firstborn at Mount Sinai. He had seen how Jehovah had communed with Israel through Samuel, the High Priest, Prophet and Judge of the people of God. David believed in this God, Who had taken care of him in every way. God knows those whose hearts are with Him; and to them He had always been graciously available, to show forth the praises of Him Who has called us out of the darkness of Luciferian Satanism. David’s enquiries were always direct. God never tried to beat about the bush as if He had no knowledge of the desire of the petitioner; God had always been specifically forthright in His conversational rapport. A rapprochement is the resultant effect when God elevated Adam.Read More
Bible, born again, Christian Doctrine, Jesus Christ
1Samuel 23:9-12, 2Samuel 2:1, ADAMIC ELEVATTION, born again, Christian Doctrine, David, Genesis 25:22-23, Jesus Christ, mulberry trees, Rebekah, The Bible