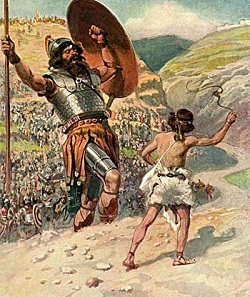 Christians do not value God’s Word at all: for if all children of God place a certain premium on the inherent power of His Word, things will be ordered in a fashion that will place us in the vanguard of every earthly endeavour. A small boy, called David, an Old Testament saint, made the Word of God his fulcrum, culminating in the successful victories all his life.

David is a type of Christian, his name, in the Hebrew is davıyd (daw-veed’), meaning ‘loving’, it comes from dod (dode): ‘to boil, that is, (figuratively) to love.’ A certain boiling love existed between God and David, and for which same reason Jesus found it most expedient to take the course of the destiny of dying the gory death and the shame of the cross, for the object of His love: Christians. Love. Jonathan, for this similar love reason, could not fight the advance of it but to yield to the call of love when he beheld David, the love, boiling so uncontrollably between them. Jonathan, in Hebrew is, yehonathan (yeh-ho-naw-thawn’) BDB Definition: “Jehovah has given”. John 3:16 clearly tells us what Jehovah gave on account of love. God is love, the Bible tells us, now if the Word of God is God, do ponder on these facts and discover the correlation involved.

1Samuel 17:45 “Then said David to the Philistine, Thou comest to me with a sword, and with a spear, and with a shield: but I come to thee in the name of the LORD of hosts, the God of the armies of Israel, whom thou hast defied”. Where do you think the youthful seventeen aged David got these words? It was Goliath who first said, “I defy the armies of Israel this day,” in verse ten. O my God, this is very interesting indeed! Ten, scripturally, means trial. The word ‘defy’ in Hebrew is charaph (khaw-raf’): ‘to pull off, that is, (by implication) to expose (as by stripping); specifically to betroth (as if a surrender); figuratively to carp at, that is, defame’. Goliath’s main objective is to wrap Israel and Jehovah up in ignominy. Israel means ‘a prince (ruler) by God’s side’. Israel descends from an antediluvian Shem, which means ‘name’ i.e. ‘fame’; he is one of Noah’s three sons. This Goliath was being used by Satan to play a pun on defy and Shem i.e. to bring ‘shame’ on ‘fame’! Satan, most certainly, is always taking you somewhere, you least expect, when he starts anything with you. David had spent quality time reading the books of the Pentateuch and Joshua (Deuteronomy 7:2; 7:23; 9:2; 9:3 & Joshua 10:8) to enable the boost of faith to face Goliath, an uncircumcised Philistine who has no covenant with God, in the days of the trials of Israel.

He had read with clear understanding, from Exodus 9:16; Exodus 15:14; Exodus 15:15 and Joshua 4:24 to be able declare to his enemy, the words in 1Samuel 17:46, “This day will the LORD deliver thee into mine hand; and I will smite thee, and take thine head from thee; and I will give the carcases of the host of the Philistines this day unto the fowls of the air, and to the wild beasts of the earth; that all the earth may know that there is a God in Israel”, boasting in the LORD. David did not use his own words. Every utterance from David’s mouth had proceeded from the word of God. This gave him so much confidence, knowing fully well that the Word of God is the strength of God.

David did not have more than the first six books of the Bible, the Pentateuch and Joshua, yet he was able to build his virile spiritual life. I wonder how David could exhibit such huge faith! More books with better assurances abound in the complete sixty-six books of the holy writ, but we are constantly walking so faithlessly in our mundane trials. David had heard of how Jehovah, their God had led his people, with a miraculous mighty hand, from Egyptian slavery. He had read from the sacred writ, authored by the great Moses, who have been instructed by Jehovah of all that transpired from eons before Adam, the father of all mankind. David was careful not commit the superstitious error of “neither shall ye touch it, lest ye die” (Genesis 3:3). He kept himself away from additional predilection, evidenced of superstition. David limited himself to what strictly came from the word of God.

His insistence on ‘solely from the Word of God’ did not go unnoticed; God was touched in the Divinity of HIS holiest heart, and HE decided to reward this young lad, a wielder of uncanny faith, with an unparalleled miracle. History does not, I believe, know of a lad who, with sheer strength of bare hands, had killed, (not only) a beastly strengthened lion but also the sheer brute force of a wild bear. If David could save the few sheep from these evil predators by believing what strictly emanates from the Word of God, then the very Spirit behind the faith he exhibited will be so willing to prove the efficacy of His power when David had to rise up to a national call to save his people from the hands of uncircumcised unbelievers. David had done “meditate upon the word of God day and night” of Joshua 1:8, and he was inevitably crowned with the assured ‘good success’. Clinging unto the express Word of God (as parochial it may sound or look), David did not see the gargantuan stature of the veteran war heroic stance of the merciless and brutish of Goliath. He gave heed only to the reverberating words of God’s protocol. He was fully charged, spiritually, incensed by a certain holy indignation, David saw himself leading Israel out of another slavery, so, drawing his strength from the Word of God, he charged at the one the LORD had delivered unto his hands. (To be continued….)`

Next Post
….FROM THE WORD OF GOD (Part Two) 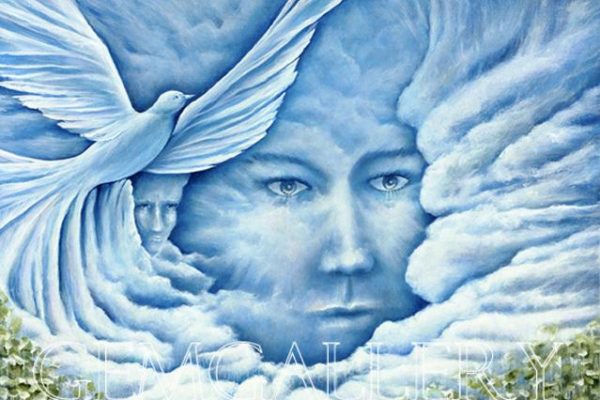