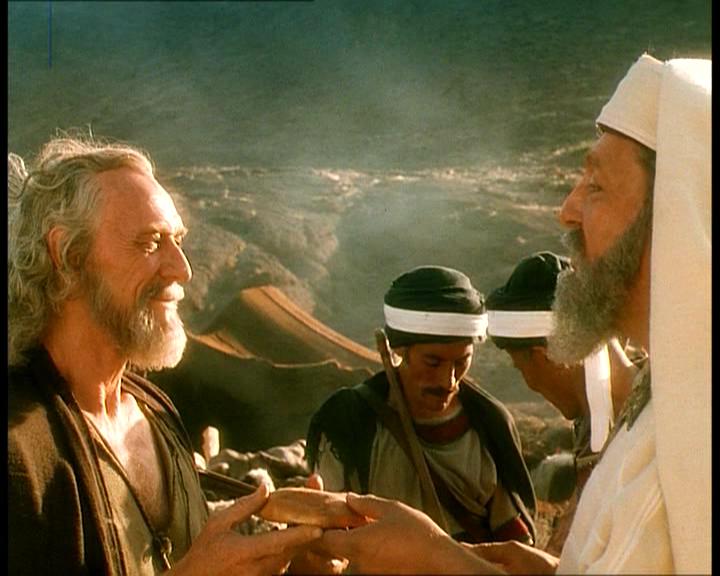 In the Book of Proverbs, a repository of the wise mind of God that can never go out of philosophical fashion enjoins, “Honour the LORD with thy substance, and with the firstfruits of all thine increase: (10) So shall thy barns be filled with plenty, and thy presses shall burst out with new wine (Proverbs 3:9-10). ‘Firstfruit’: re’shıyth (ray-sheeth’) meaning ‘first, beginning, best, chief’, is reminiscent of tithe in that Abram gave to Melchizedek, the best, which was placed atop the entire booty.

In Matthew 23:23, “Woe unto you, scribes and Pharisees, hypocrites! for ye pay tithe of mint and anise and cummin, and have omitted the weightier matters of the law, judgment, mercy, and faith: these ought ye to have done, and not to leave the other undone”, Jesus scolded them, not for the observance of tithing. He did not condemn them for taking too much from the widow who gave all neither did He speak against the treasury of the temple. Other scriptures are: 2Chronicles 31:11, 32:28; Nehemiah 13:12-13; Jeremiah 50:26; Matthew 27:6; Mark 12:41, 43 and 1Chronicles 26:20-27.

Christ’s Trumpeters’ Church claims that tithing is quite obsolete, contrary to Proverbs 3:9. Is there any scripture which makes Malachi 3:8-11 anachronistic, a scripture which will not be a verse mangled to suit an opinionated whim? Tithes from the congregation was instituted to aid the maintenance of the place of worship and to finance the bills of priests and the Levites. The church auditoriums have replaced the Temple and synagogues. What contextual verses or verse replace/s the storehouses of God’s sanctuary? What scriptures vitiate prophet Malachi’s robbing God in tithes as concerning the grace laden end time New Testament Church? Give me just one and it suffices. Tithing aids prosperity, as the scriptures prognosticate. Why would anyone want to block someone’s prosperity with an unfounded catechism? If I should decide within my personal being, by faith, to enrich God’s work with a tithe of my legitimate earning, thou trumpeting Trumpeters, what, I ask is my sin before the thrice holy Jehovah?

Many years ago, in First Baptist Church, tithes of every member was published for all to see. I went strongly against this unscriptural act (this was in the 1970’s), asking whether there was a scriptural precedence for the action. “Well, there’s none, but you see, those rich people will not bring out their money to support God’s work and they’re actually our target”. This is what the theology of inventiveness, as opposed to theology of creativity, has done to the Church of the living God. There was nothing I said that mattered. A couple of years later it (First Baptist Church) abolished it. What spirit made them adamant to the earlier act? It cannot be that of Jesus. There is no known legality of tithing in the Church’s New Testament, nevertheless we are enjoined to give systematically, bountifully and cheerfully.

Matthew 10:10, “Nor scrip for your journey, neither two coats, neither shoes, nor yet staves: for the workman is worthy of his meat”. Who, here, is the workman and what is the meat? 1Corinthians 9:11, “If we have sown unto you spiritual things, is it a great thing if we shall reap your carnal things?” The apostles, the catechizing priests are the ‘workman’ and the meat is ‘your carnal things’. The material objects of exchange, which, no doubt, include tithes, is meant. Galatians 6:6 says “Let him that is taught in the word communicate unto him that teacheth in all good things”. The word ‘communicate’ is koinōneō (koy-no-neh’-o) ‘to share with others (objectively or subjectively): -communicate, distribute, be partaker’. One of the things we share with our ecumenical ministers is the tithe. Paul continued in the New Testament of 1Corinthians 9:13, “Do ye not know that they which minister about holy things live of the things of the temple and they which wait at the altar are partakers with the altar?” This he got from the Old Testament of Leviticus 6:16 “And the remainder thereof shall Aaron and his sons eat: with unleavened bread shall it be eaten in the holy place; in the court of the tabernacle of the congregation they shall eat it”. Ezekiel 44:29 “They shall eat the meat offering, and the sin offering, and the trespass offering; and every dedicated thing in Israel shall be theirs” (Lev 6:16-18; Lev 6:26; Lev 7:6-8; Numbers 5:9; Numbers 5:10; Num 18:8-20; Deuteronomy 10:9; Deu 18:1-5; 1Samuel 2:28).

For those who still want to hold adamantly to the fact of its old testamentary root, hence its inappropriateness to Church of grace, is “thou shalt not steal, commit adultery, covet, bow down to images etc.” not of Old Testament? Tithing is a matter of an ecumenical business of choice. If you are not a believer of it then do not bother yourself about it at all. Let those who want to enter into this Church venture use it to store up their treasures in heaven, where moth cannot devour it.

What led to the famous Philippians 4:19, “But my God shall supply all your need according to his riches in glory by Christ Jesus”, began with, “…no church communicated with me as concerning giving and receiving, but ye only”, of the 15th verse. It was a case of what we have in verse 17, “Not because I desire a gift: but I desire fruit that may abound to your account”, hoping it will set their minds to heavenly fruitfulness. Verse 18, “…having received of Epaphroditus the things which were sent from you, an odour of a sweet smell, a sacrifice acceptable, wellpleasing to God”. They did not, in any way, give in vain. But as regards ‘first-fruit’ offering/tithing which some Churches demand, it is not tenable in that 1Corinthians 15:20 teaches that, “But now is Christ risen from the dead, and become the firstfruits of them that slept”. But against tithing can one not find any legislation .

1Corinthians 16:2, “Upon the first day of the week let every one of you lay by him in store, as God hath prospered him, that there be no gatherings when I come”. And in 2Corinthians 9:7 we have, from Paul, “Every man according as he purposeth in his heart, so let him give; not grudgingly, or of necessity: for God loveth a cheerful giver” all because, “The labourer is worthy of his reward” 1Timothy 5:18. The word ‘necessity’ in 2Corinthians 9:7 is anagke (an-ang-kay’) ‘1. Constraint 2. (by implication) distress’.

On a last note Abram, considered the father of faith, gave tithe in faith, hence, only those who want to exercise faith in giving will do tithing. Do not forget also that Melchizedek presented to Abram, on that same day with bread and wine (the elements of communion) long before the Egyptian Passover. This adumbrates the blood of the Lamb (Christ) which will replace that of the bulls. It was apropos that a priest-king should adumbrate Emmanuel to come. Is the taking of communion obsolete as well? Selah!  Read part 1 by clicking here