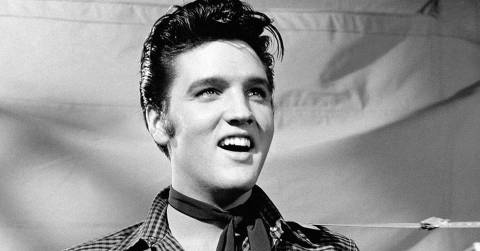 Bob Marley ruled the world of reggae. His lyrics, as highly philosophical they have always been, stopped moving me because I have studied the philosophy of Jesus. Bob would not sing in a eulogy of his Maker. The god he knew provided him with the natural grass, which he puffed at all his days, and dying at a tender age of brain tumour. Did he sell his brain, for he was such a brilliant thinker? What terminated the life of Elvis Presley, the king of rock and roll? Drugs! Too bad, it was too late for the greatest of them all, Michael Jackson, evidently, in his own right, the king of pop, before he realize that he was dining dangerously with Satan. Lucifer killed Michael Jackson. Osibisa, the best African rock group, was no doubt a school. One of the Nigerian members admitted that there was no way one would join Osibisa and will not be an indian hemp smoker. The zeitgeist behind world music pushes music stars to get high on chemical substances before every show.

Amy Winehouse did not see it coming. You wonder how and why such an inestimable asset to the music world will delve into destructive ways (of booze and hard drugs) which cause pains in the hearts of loving fans. Lucifer raises them only for destruction – period. Madonna was making frantic moves to keep her growing daughter from her past vulgar excessiveness on stages and video shots. This woman is reported to have built a five-million-dollar temple for Cabbala worship.

Madonna dressed as an Egyptian goddess (another ritual)

Madonna has been conscripted into the choir of Lucifer. Destiny Child got disbanded and the most active of them was shot into a greater stardom. She is married to an artiste believed to be the foremost initiator into the Illuminati. Even when they came together to feature in Michelle William’s, “Say Yes”, a gospel song, in a eulogy of the divinity of Jesus, my pastor warns against the playing the beautiful hymn in church: Beyoncé, Kelly Rowland and Michelle William’s Satanic engagement cannot be trusted not to pollute Christians! Rihanna and Shakira went as far as performing the act of lesbianism in a music video. Satan knows what he is doing. Satan will, sadly, not tell you where he is taking you. Lady Gaga and other huge female music stars always put up stage show acts which happen to be calls to the complete Satanic worship. The glory of most of the music stars is Luciferian: flashing the cultic symbols of the Illuminati.

Kanye West, who is believed to be the current most influential artiste, hates and pokes fun at Jesus. History teaches him nothing. The lost dog will not hear the warning whistle of the hunter, his master. The real truth behind his disrespect for Jesus stems from the very reason why most artistes lead unholy lifestyles. They have been initiated into the cult of Masonry Illuminati. This, evidently, is the occult that will usher into the world, the inevitable catholic rule of Satan’s Antichrist. The whole world will worship the Devil through his antichrist, the son of perdition. An unprecedented syncretic religion will emerge with ease to prove that all religions of the earth are satanically sourced. The initiated musicians’ lyrics are laced with wicked incantation which pulls the mammoth crowd of fans, who become worshippers of the spirit behind the music stars.

Fela was an Ifa idol worshipper. He commenced every show with the sacrificial slaughter of a chicken in his club which goes by the name “The Shrine”. Miley Cyrus shoots out her tongue in an ADORE(ation) of the Hindu most destructive goddess, Kali, of India. Madonna is an avowed Cabbalist. Angelique Kidjo is spiritually tended by the syncretism of her Benin Republic voodoo ancestry and Catholicism of the Romish church – doubly cultic. The music stars have, over the ages, been used to project satanic influence. (…to be concluded…)