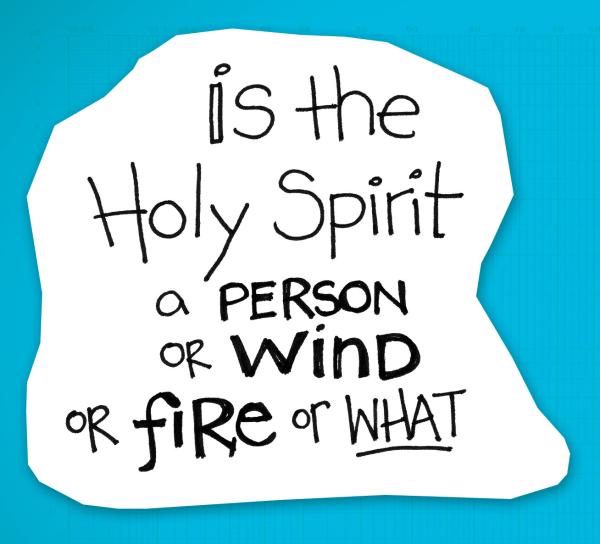 The first time ‘spirit’ is used in scripture is in the Book of Genesis. In the Hebrew, Genesis is bereeshith, which, taking its seminality from the first scripts of the Bible, means ‘in the beginning’, speaking of generation, that is, creationism.

“And the Spirit of God moved…” The Hebrew ‘moved’ is râchaph (raw-khaf’) meaning: ‘to brood; by implication to be relaxed.’ The Holy Spirit’s co-creatorship is the source of generative power of the Divinity. The ‘moved’ is Hebraically expressive of a mother hen brooding over her eggs, generating the necessary energy to enable the hatching success. When you come across scientific didacticism pointing to creation as taking its seminal point from an egg you should know where they got it from (albeit a scriptural anomaly).

And the Spirit of God moved upon the face of the waters.

The word ‘spirit’ is rûach (roo’-akh) in Hebrew, meaning, fundamentally, ‘wind’ i.e. ‘breath of life.’ It is the vital principle or animating force within a living being. The seat of life. The spirit that God put inside man became man’s rendezvous with God. God is a spirit, the Bible teaches. A certain spiritual vacuousness took over man’s constitution when he partook of the sinful nature. Adam died spiritually when he sinned against his Maker.

After the fall man lost that fellowship with the Divinity as we read in Genesis 3:8, “And they heard the voice of the LORD God walking in the garden in the cool of the day: and Adam and his wife hid themselves from the presence of the LORD God amongst the trees of the garden.” The word ‘walking,’ in the Hebrew, is hâlak (haw-lak’): ‘to walk (in a great variety of applications, literally and figuratively) i.e. to go, walk, come, depart, proceed, move, go away, to die, live, manner of life (figuratively);’ and in this context, God’s lifestyle. Every evening they enjoyed a spiritual rendezvous with the LORD God in their Eden home, which is God’s house. God’s Spirit, the Holy Spirit, attracted the LORD God into that earthly abode, making this fellowship the first Church on earth.

The Bible says, “And the LORD God formed man of the dust of the ground, and breathed into his nostrils the breath of life; and man became a living soul” [Genesis 2:7]. ‘Breathed’ is nâphach (naw-fakh’): ‘to puff, in various applications (literally, to inflate, blow hard, scatter, kindle, expire; figuratively, to disesteem).’ What He blew was not an ordinary wind, it has life just as his Maker. It was a rational wind; the ‘breath’ is neshâmâh (nesh-aw-maw’): ‘a puff, that is, wind, angry or vital breath, divine inspiration, intellect or (concretely) an animal;’ and the word ‘life,’ chay (khah’-ee) is: ‘alive; hence raw (flesh); fresh (plant, water, year), strong; also (as noun, especially in the feminine singular and masculine plural) life (or living thing), whether literally or figuratively;’ it is actually chaiyim i.e. ‘lives’ (two lives: spirit and soul). This made man to be different from animals. But at the sinful fall the Holy Spirit left the third and spirit realm of Adam. Spiritual death.

Before the fall, man was sinless, living in the age of innocence or the dispensation of innocence. Christ, the LORD God, their Creator, came physically to have Church (having called or chosen them from large available clay) fellowship with them. God, the Father, did not come to them. There would not have been a salvaging second chance for the Adamic race, if He, God the Father, should appear physically to man. He is a Judge. Man made use of his conscience, to demonstrate his free moral agency, when he sinned. This brought him into the second dispensation of conscience in God’s calendar. He must use a blood carrying living animal to bring himself back into fellowship, having agreed with the Holy Spirit’s silent confirmation of blood sacrifice. This is what the obduracy of Cain repudiated. He spurned the leading of the Holy Spirit! From then the Holy Spirit came to place Himself on man’s head and not inside of him. It is for this reason the Old Testament will have, “Cast me not away from thy presence; and take not thy holy spirit from me” [Psalm 51:11]. He left anytime man sinned (1Samuel 16:14, 28:15; 1Samuel 10:6, 16:13).

Cain’s repudiation automatically empowered Lucifer to set up his religious hegemony over the man of the earth. Spiritual dichotomy. Antediluvian saints like Enoch humbled himself before God, and was led by His Spirit: for of him it is said, “And Enoch walked with God: and he was not; for God took him” [Genesis 5:24]. The Holy Spirit is the same worshipped Jehovah, whose physical presence (albeit in His characteristic invisibility) was seated in the third, holy of holiest, compartment of the Jerusalem Temple. He received worship as the Jehovah God of Israel. 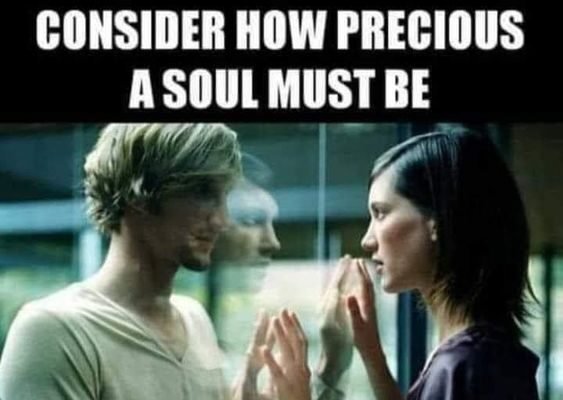