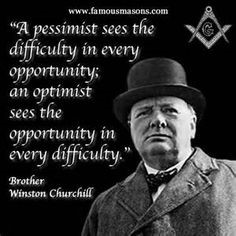 “All religions,” according to Tutu (with Dalai Lama) “depict God’s beauty.”

Says Desmond Tutu, in an interview he granted Grant Schreiber, Editor of Real Leaders and founder of Schreiber Media, “God Is Not A Christian. Nor a Jew, Muslim, Hindu…” The Archbishop also said, “It doesn’t matter where we worship or what we call God; there is only one, inter-dependent human family. We are born for goodness, to love –free of prejudice. All of us, without exception. There is greater commonality in our belief systems than we tend to credit, a golden thread expressed in the maxim that one should treat others as one would like others to treat oneself. I don’t believe in the notion of “opposing belief systems.” It would be more accurate to say that human beings have a long history of rationalizing acts of inhumanity on the basis of their own interpretations of the will of God.” Well, if you do not, I most certainly smell Humanism in the Archbishop’s position!

To another question from Grant Schreiber the revered clergy declared, “Much as I’d love to see all the world’s churches, mosques, synagogues and temples overflowing with humanity, how good we are is not measured by the number of times we attend formal religious ceremonies. Among the most heartening trends I have noticed on my travels over the past dozen or so years has been the spiritual strength of young people. They don’t necessarily occupy the front pews on Sunday, but they seem to have been born with an enhanced sense of tolerance and a deep understanding of our inter-dependence, on each other and a functional world.”

So Baphomet is really true!

Posted JANET PARSHALL of THE CHRISTIAN POST, “Tutu is an ardent supporter of gay rights and said that he “would refuse to go to a homophobic heaven.” “No,” he said, “I would say sorry – I mean, I would much rather go to the other place. I would not worship a God who is homophobic and that is how deeply I feel about this.” Would Tutu’s ‘other place’ be Nirvana of Hinduism?

“Unfortunately, Desmond Tutu’s remarks were political not biblical. They were also very damaging because they fail to acknowledge the seriousness of sin. They likewise fail to affirm the completed work of the Cross;” concluded the post by JANET PARSHALL.

I know what John revealed to us when He was in the spirit. “Therefore rejoice, ye heavens, and ye that dwell in them. Woe to the inhabiters of the earth and of the sea! for the devil is come down unto you, having great wrath, because he knoweth that he hath but a short time” [Revelation 12:12]. How long does sex last? Short time. Satan has used those shortness of man’s time to launch a bestial campaign upon the Adamic race. An accident takes a split second to unleash an unprecedented havoc. After the shortness of his allotment he is removed. Some fools would rather enjoy this short time with Lucifer and be destroyed too. Shame!

For a known. good reason. of course!

The kingdom of Christ is a population of initiated ones. God had concluded His intentions before bringing forth any being. Lucifer, being a spirit personality, is able to apprehend these things. Nobody knows the end of the antediluvian miscreants of Cain’s enclave, not even the age attained by any of them. The Bible is silent about it simply because the lives they lived did not honour Jehovah God. But we know the days of Enoch, the antediluvian saint, and others who walked with God. His ‘walk’ was pleasing to his Maker. The Hebrew word for ‘walk’ is halak, meaning ‘lifestyle.’

Both were believed to have been killed for daring a righteous tread.

While the lifestyle of ungodly people is fashioned after the cosmic order of satanic inclination, that of godly ones, having been washed clean by the propitiatory blood of Calvary, they have become Christians –followers of Christ, the Redeemer. We have regained the Eden lost image of God through the propitiating initiation. Unlike the Devil, Jesus will not use us as pawns. We reign supremely with Him, being heirs to the throne of God the Eternal Jehovah. Amen.

Satan will be incarcerated for one thousand years

You can be part of the plan of the true God. Get Jesus initiated by getting born again: pray this prayer, believing it with all your heart. Say, “Dear heavenly Father, I come to You now in the name of Jesus Christ. I believe in my heart that Jesus is the Son of God. I believe that Jesus died on the cross for my sin. I believe that You raised Him from the dead. I confess with my mouth that Jesus is Lord and I receive Him now as my Lord and my Saviour. I give God all the glory. Amen!”  (Concluded)