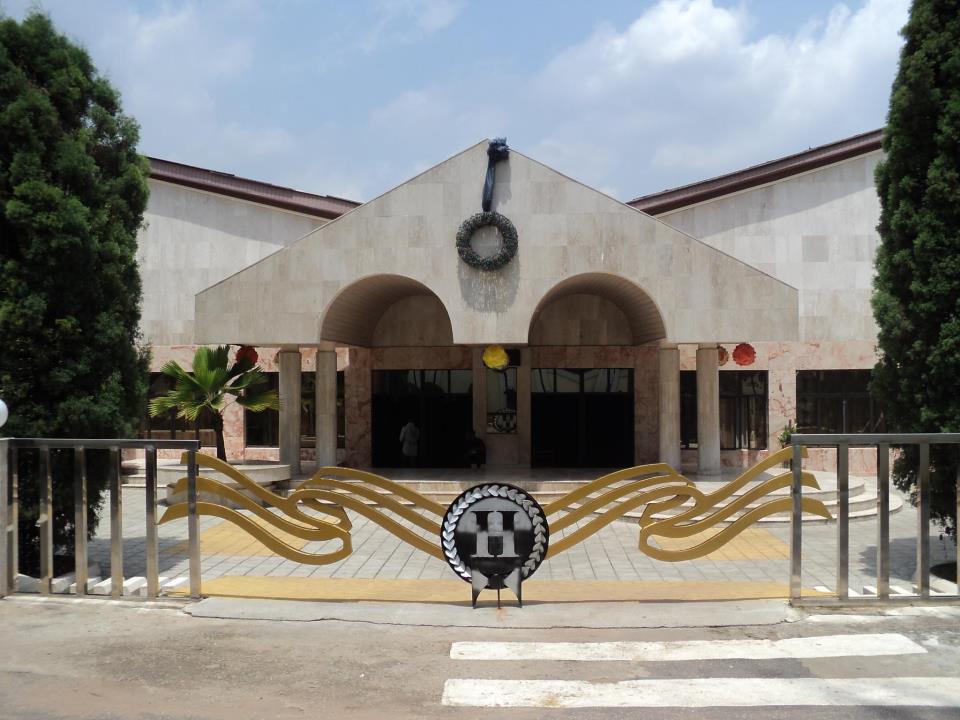 The Household of God Church, called “THE VILLA.”

*4*  Going back to my Deeper Life Church minister friend asseveration concerning his failed marriage which should automatically make Chris Okotie lose his sacerdotal office before God’s judgment, let us look into the Bible.  Even Elijah, the great prophet of Israel, goofed. After having wagered in faith, the name of the LORD God of Israel, to achieve a touchstone victory against other gods, all it took to get Elijah to ask for a termination of his prophetic office and from the face of the terra firma was a letter of threat from the priestess of the very god he had hitherto contemned.

What yanked Elijah from the exalted vineyard and a glorious earthly exit? It was an egregious pusillanimity! God did not allow Elijah’s pusillanimous deed to erase the irreversible call of HIS Divinity. Elijah’s epical heroism was not denied its appropriate trophy of his crowning glory.

There was a day that Satan, according to Pastor, came to him. This was before he was called into the ministry. Lucifer was taunting him and was yelling at him, “You want to be a preacher? That’s impossible!” The Reverend said he was wondering what he was freaking the Devil out. Suddenly, Lucifer grabbed his hand and was trying to remove the wedding ring of his first marriage. That told me one of the reasons why his marriage was having problems. The old serpent had visited each one of them and had played the same game of “had God said…….?” and they had failed to use the dominant line of Jesus -“get thee behind me Satan!” Yes, maybe he should not have gone into the conjugal relationship with them, it is evident that an unseen evil is at work!

Teacher extraordinaire -of the Bible.

I have learned so much from this Paul of our modernity. Before I began to do serious biblical studies he had mentioned the concept of the hypostatic union. I was literally flung into a wow! wow! wowing! mesmerism when he explained it of Jesus as being 100% man, 100% God! Ponderous! He taught the intercalation of the Church age in-between the seventy weeks prophesied by Daniel, regarding the Jewish expectation of the Messiah. One of the topics of his teachings: “The Angelic Conflict,” gave me all the scriptural ingredients I needed to publish my five-part post titled “DEMONISM.” Click this URL and you will be taken to the post: DEMONISM (part one) https://hoojewale.wordpress.com/2016/04/30/demonism-part-one ….

The Reverend taught us that there are two ways of studying the Bible. One is: ‘reading out of the Bible,’ and the other being ‘reading into the Bible.’ Reading into the Bible means adding of your personal ideas to God’s word. This is the practice of too many readership of God’s protocol. The bane of scriptural adulteration.

Reading out of the Bible is the appropriation of the raw, undiluted word of God. Few do take the Word for what it says. This is why the Hebrew and the Greek interpretations are so germane. Amen!

If righteousness of the famous scripture of Proverbs 14:34, “Righteousness exalteth a nation: but sin is a reproach to any people;” is anything to go by, there is no doubt in my mind that Pastor Chris Okotie, Household Of Church and Nigeria form a spiritual bond. It will be quite easy for anybody to asseverate that King Solomon’s sagacity pertains only of Israel and not Nigeria.

Whoever is of this opinion has not studied this verse well enough because the word ‘nation,’ in the Hebrew, is: gôy (go’-ee) BDB Definition has: ‘nation, people, usually of non-Hebrew people.’ Strong’s Definition: Apparently from the same root as [gêvâh (gay-vaw’) ‘the back, that is, (by extension) the person] (in the sense of massing); a foreign nation; hence a Gentile.’ Nigeria is a Gentile nation, hence, Proverbs 14:34 is apropos for the Nigerian extant situation of wrong leadership. I voted President Buhari because Rev. Chris Okotie was not running.

Baby dedication time in THE VILLA.

Get born again by praying this prayer with all your heart and truthfully: Dear heavenly Father, I come to You now in the name of Jesus Christ. I believe in my heart that Jesus is the Son of God. I believe in my heart that Jesus died for my sins and You raised Him from the dead. I confess with my mouth that Jesus is Lord, and I receive Him as my Lord and my Saviour. I give God all the glory, Amen.   (…to be concluded…)