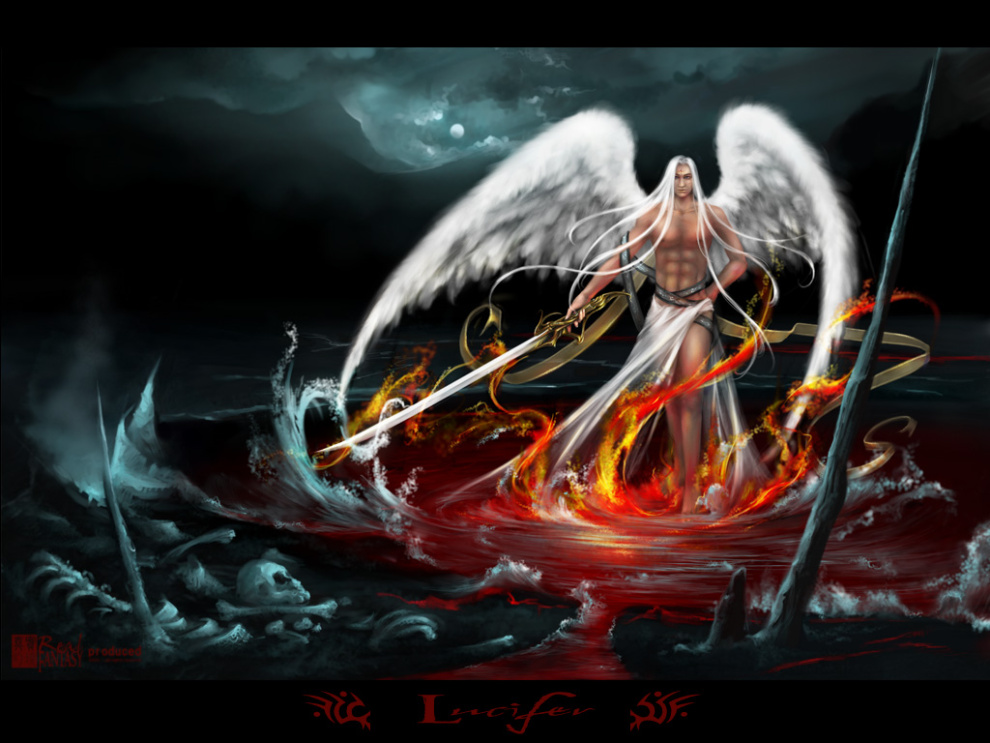 (…continued from the 1st part…)

*2*     The word of Scripture’s couching intimacy of, “…till iniquity was found in thee…” is a proof that the Holy Spirit did remind him of his ministerial loyalty to the Divinity. Lucifer was hell bent on allowing his ungodly reverie to take the worst of his thoughts. Lucifer’s rejection of the counsel of the Holy Spirit brought him into the guilt of Matthew 12:31, “Wherefore I say unto you, All manner of sin and blasphemy shall be forgiven unto men: but the blasphemy against the Holy Ghost shall not be forgiven unto men.” It was the malison of the Eternal One that judged Satan, for that simple fact, his sentence carried an eternal consequence, with no option of grace. Lucifer was doomed forever. Amen.

He fell before an Eternal God

Satan knew that he was doomed forever. The taboo he stepped into was more than what he envisaged. He would not even essay to ask for forgiveness, just for the record. He was too engrossed in the delirium of his procacious mentality. Lucifer must, he believed, brandish his cognitive dementia. To other beings he unleashed the dangerous insanity that had warped him to a stupor.

Adam did not understand that Lucifer was merely extending his apocalyptic judgment upon him and the entire humanity when he came to show the woman how to become God. Even till this very day, people hardly know how steep into an apocalyptic end they are being hounded into as they vote an emphatic, “Yes,” to Satanism. The doomed guy has done his perfect homework, or rather his covin-work, with the sole intention of derailing man’s destiny of actuating godliness. “Let us make Adam in our likeness and in our image,” is the revelatory word of the Scripture. 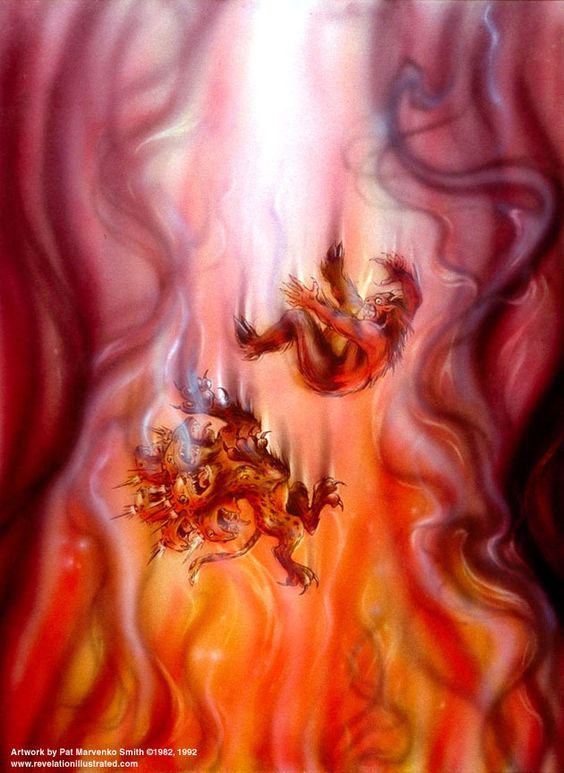 ”…he knoweth that he hath but a short time.”

I know that he knew his doom was a certainty from the word of God. Luke 10:18, “And he said unto them, I beheld Satan as lightning fall from heaven;” so Jesus revealed. In John 16:11, the Lord said, “Of judgment, because the prince of this world is judged.” Revelation 12:12 reveals, “Therefore rejoice, ye heavens, and ye that dwell in them. Woe to the inhabiters of the earth and of the sea! for the devil is come down unto you, having great wrath, because he knoweth that he hath but a short time.” Satanism is an attempt to give dividends of doom to the inhabitants of the terra firma. Lucifer is an evil genius. A calculating nocent spirit, who leaves no stone unturned in his deleterious proclivity. 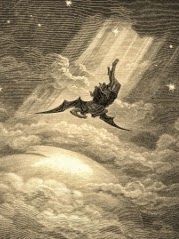 Remember the things Ezekiel 28:15 told us? He was ‘perfect’ at his creation. God did not make an evil being. He decided to be so, against God’s design. This is why he had successfully deceived billions of intelligent beings. He exhibits fallacy of ‘perfection.’ Satan’s ‘ways’ are no longer God’s ways. He has suffered a spiritual derailment. Anyone who follows him runs into derailment. He has been able to chart a lifestyle of delusion for his followers. He has kept them in the gulag of his religions.

“…till iniquity was found in thee…”

God said, “till iniquity was found in thee,” making Lucifer the man of ‘iniquity’ which, in Hebrew, is ‛evel (eh’-vel): ‘(moral) evil, injustice, unrighteousness; wrong.’ Lucifer dared to look at the holiness of the One who sits on the throne with his unrighteousness. Judgment fell upon his stiff-necked penchant.

Thankfully, Adamic progeny has been graced with a second chance. Let him sin against God a million times; the million and first transgression that brings you before HIM becomes your 2nd chance. No angel was and is this fortunate! Be wise.

Get Jesus involved in your life. Get born again. In all sincerity say this prayer of salvation: “Dear heavenly Father, I come to You now in the name of Jesus Christ. I believe in my heart that Jesus is the Son of God. I believe that Jesus died on the cross for my sin. I believe that You raised Him from the dead. I confess with my mouth that Jesus is Lord and I receive Him now as my Lord and my Saviour. I give God all the glory. Amen!”    (Concluded)

Previous Post
SATAN FELL BEFORE THE ETERNAL GOD (I)