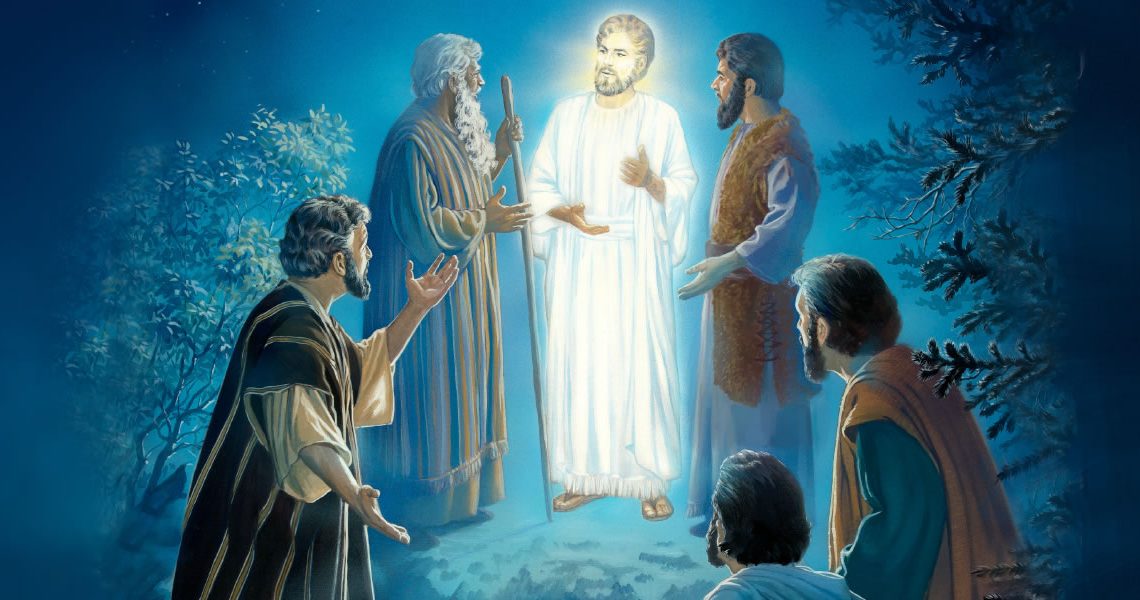 RELIGION OF THE ANTICHRIST (three)

Nimrod and Semiramis are also Osiris and Isis above

*3*        Religion shows you esoteric power and puts it in your hands. It translates into a certain sureness that takes one on a wanton display of the power behind one’s puissance. Esoteric baptism of these religions gives a cultic member a feeling of the ownership of the world. Cain was indirectly saying to God, in all procacious proclivity, “Give me a break, will you? I’m the true head of this world. I’ve got myself in league with the real God of the world: Lucifer is my Lord, not you.” Religion is more deceptive than a Saharan mirage.

To the whole world Nimrod, the first globally accepted Antichrist, spread another deistic falsehood. The great Deluge destruction notwithstanding, satanic hocus-pocus prevailed over the lives of humanity. The evil elementals of idolatrous worship, in conjunction with Nimrodic sun-worship, was firmly established. The unholy chains of esoteric involvement globalised the religion of Satanism. Each State is headed by an esoteric sectary. Religious firm grip runs through the local government to the communities, right into every facet of family lives.

Sun-god worship, which was disrupted in Genesis 11:8, “So the LORD scattered them abroad from thence upon the face of all the earth: and they left off to build the city;” has the word ‘city’ as ‛ı̂yr, ‛âr (or)‛âyar (eer) meaning: ‘a city (a place guarded by waking or a watch) in the widest sense (even of a mere encampment or post).’ This definition has an acrid smell of Humanism. God, the Creator, is not seen as its Watcher. Something happened in the fifth verse, “And the LORD came down to see the city and the tower, which the children of men builded.” One of the meanings of ‘tower’ migdâl or migdâlâh (mig-dawl’) is ‘rostrum.’ They had an erected pulpit of satanic sermonising and worship. It was undoubtedly a religion that was in practice, in the tower of Babel. Migdâl also means ‘bed of flower’ (which speaks of spiritual nurturing. Sex is many times used to develop spiritual connectivity i.e. temple prostitution of Diana’s religious worship).

Sun-worship was passed onto Egypt, the cradle of modern day civilisation. Satan, as the god of this world, made proper sureness of that. When Babylon gained global, political prominence, Nebuchadnezzar brought Baal or sun worship into his kingdom. Greece, the next superpower, had a replica of Nimrodic Baal, thereby popularising the continued universal worship of Baal. Many religious symbolism proved Roman Empire’s involvement in sun worship.

THIS IS THE SATANIC DESIGN OF RELIGION. DESTRUCTION!

Europe, the progeny of Japheth, Noah’s son, earmarked to spread the kerygma (Jesus as the Saviour), did find herself fanning the embers of satanic Antichrist. There is not a doubt in my mind that this same Europe will produce the physical emergence of the ultimate Antichrist. Europeans were at disparaging forefront in unbiblical didacticism of God’s protocol. Name it: be it scholarsticism, existentialism, supralapsarianism or Catholicism and its Mariolatry, an evocation of Semiramis, Europe did aid and abet Satanism. Apostasy of Europe.

Lucifer’s ingenuity has successfully engendered an uncanny powerful chain of involvement that runs through every strata of social existence. Every family pays homage to a particular familiar spirit, who is an extension of a local deity, who takes orders from the large regional principality. A national coordinating spirit is constantly briefing the global satanic entity. Where people are socially gathered, their sworn members have taken their diabolical positions of Satanism germination. Well organized Satanism!

It is, therefore, so easy for the Antichrist to be an absolute and seemingly ubiquitous leader. His influence will be felt and seen in every geographic nook and cranny. Etí oba ń’le, etí oba l’óko ènìyàn l’óń jé béè is a Yoruba proverb meaning: the king’s ear in every living home and the king’s ear on the farmland is actually a human being.

No being, save God, is ubiquitous. This Antichrist will, in perfection of diabolism, use us, men, one against another. This is the leverage of his strength: the sworn secrecy of the esoteric societies.

God has His own secret society. The born again people.