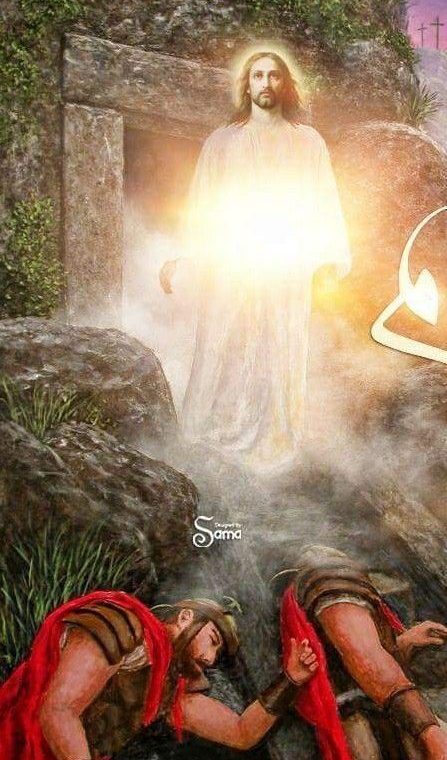 TRINITY OF THE GODHEAD (6)

There will be no forgiveness. The first case of forgiveness is found in Genesis 3:21 “Unto Adam also and to his wife did the LORD God make coats of skins, and clothed them.” The One who steps out of the Trinity in corporeality of the Godhead, Christ, the Second Member of the Godhead, in His pre-incarnation manifestation, covered the pristine couple with the sin cleansing skin of the sacrificial animals, in the Garden of Eden.

Non-forgiveness of every sinful act will lead to an outright condemnation and total annihilation of humanity. Creation gets to be prevented from experiencing the Creator’s pardoning Spirit. Man will be deprived of the service of a Savior. It is bound to culminate in a no-salvation.

A Judge of no compassion: that is what Jehovah will be. God cannot be the Judge and the Solicitor; and anyone who must stand before God in mediation must be of Divinity. Only God knows what to say to appeal to His judgment. Through Jesus, who alone knows the divine mind of the Judging God (the Father), the sanguification, serving as the justification of born again ones, is presented as a verifying exhibit in the celestial assizes. Without the installation of Plurality in the Godhead, it would have been impossible to get anyone sanctified enough to take a judicial stand before Jehovah. “For there is one God, and one mediator between God and men, the man Christ Jesus” [1Timothy 2:5].

JEHOVAH ‘ELOHIYM IS ONE GOD

There cannot be four, two or a thousand of THEM: in the Godhead. Whoever thinks there are more or less than three should come with the proof of Scripture. “For there are three that bear record in heaven, the Father, the Word, and the Holy Ghost: and these three are one” [1John 5:7]. The word ‘one’ is heis (heis`) in the Greek, meaning: ‘a neuter ‘one’ implying one in all things: essence, power, majesty, knowledge.’ Hebrews 12:24 reads, “And to Jesus the mediator of the new covenant, and to the blood of sprinkling, that speaketh better things than that of Abel.” The book of 1Peter 1:2 does strike the cord of the Divine accord found in the Trinity. It reads, “Elect according to the foreknowledge of God the Father, through sanctification of the Spirit, unto obedience and sprinkling of the blood of Jesus Christ: Grace unto you, and peace, be multiplied.” There, most certainly, would not have been any Divine Mediation without the instauration carried out by the Trinity, through which we become recipients of the soteriological grace of the Most High. Amen!

Revelation 5:6, “And I beheld, and, lo, in the midst of the throne and of the four beasts, and in the midst of the elders, stood a Lamb as it had been slain, having seven horns and seven eyes, which are the seven Spirits of God sent forth into all the earth.” I culled the following from JFB Commentary on this verse: “seven eyes . . . the seven Spirits . . . sent forth—So one oldest manuscript, A. But B reads, “being sent forth.” As the seven lamps before the throne represent the Spirit of God immanent in the Godhead, so the seven eyes of the Lamb represent the same sevenfold Spirit profluent from the incarnate Redeemer in His world-wide energy.”

“And the city had no need of the sun, neither of the moon, to shine in it: for the glory of God did lighten it, and the Lamb is the light thereof” [Rev 21:23]. You may ask, “Where’s the Holy Spirit in this project of global illumination?” Remember He is there in the throne-room as the seven (speaks of perfection) lamps of fire. In Revelation 4:2, the One who sits in Majesty in the heavenly assizes is the very One who must be the Occupant of the Divine Seat of the Holy of Holies, in the Jerusalem temple, to receive worship due to Jehovah! Amen!