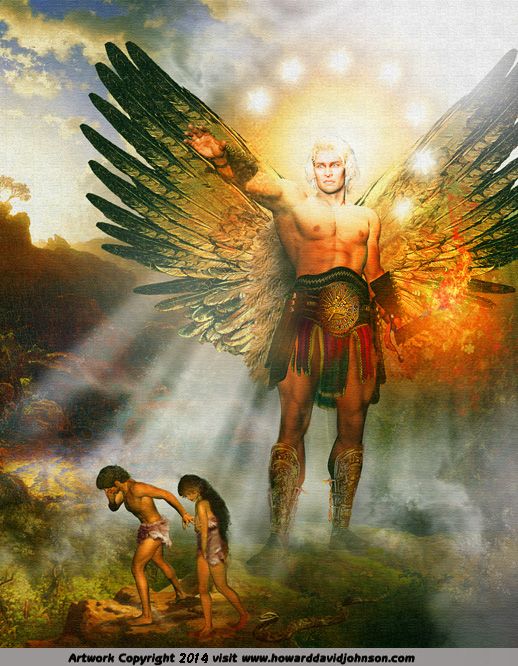 IS THE LORD GOD THE AUTHOR OF MORAL EVIL? (two)

God is irreproachable of Adamic fall

(Continued from part one…)

2)            “Every good gift and every perfect gift is from above, and cometh down from the Father of lights, with whom is no variableness, neither shadow of turning” [James 1:17]. Evil does not emanate from God. Remember that at the end of every day of creation God’s assessment was “good.” And a basking in the euphoria of divine accomplishment was the well-deserved rest of the first seventh day of this present world. The book of James 1:14 explains that, “But every man is tempted, when he is drawn away of his own lust, and enticed.” The words ‘drawn away’ is exelkō (ex-el’-ko): ‘to drag forth, that is, (figuratively) to entice (to sin).’ Man, not God, is the true author of his evil predicament. “For the wages of sin is death; but the gift of God is eternal life through Jesus Christ our Lord” [Romans 6:23].

Life eternal, ‘zoe’ in Greek, is attributable to God. The only way God can serve a death penalty is by a creative act of bârâ’ (create or call forth out of nothing). Evil is absolutely alien to God’s characteristic goodness. Death hides nowhere in Him, in whom was life; the life of which was the light of men [John 1:4]. God is the true Light, which lighteth every man that cometh into the world [John 1:9]. God definitely tries people; but He does not tempt anyone into destruction. James 1:13, “Let no man say when he is tempted, I am tempted of God: for God cannot be tempted with evil, neither tempteth he any man.” While (from the Apostle’s teaching) the ‘temptation’ of verse 12 is peirasmos (pi-ras-mos’) –in this context- it is: ‘an experiment, attempt, trial, a putting to proof (by experiment [of good]),’ the ‘tempted’ of the 13th verse is: peirazō (pi-rad’-zo): ‘entice i.e. solicitation (to sin).’ Apostle James wants us to understand that peirasmos is a probatory act allowed by God for a reward e.g. Abraham and his trials (not temptations). Trials are meant to bring out the Godly best out of you, in the final analysis. Peirazō of verse 13, i.e., an enticement to sin, is never in God’s character. He will not bring an ineludible necessity to sinning on you. He will never be an accessory to any spiritual crime. Amen!

Islam believes that the deterministic proclivity of God’s creationism had made Him to pen down what will eventuate in the life of every individual –destiny, they call it. The first question engendered by this belief is, were you there when the Creator was doing that (documentational preparation of your future earthly life)? Was anybody aware of it when an unpalatable omen was scribbled against his –about to live– life? Why would God decide that a particular man, before his parturition, must die peacefully; but for this woman before she was born, was tagged with a fatal death? Childlessness for some; others must live impecunious lives and die so. Whimsically giddy. God is not sadistic: for that is what necessitarianism (on the contrary) teaches concerning Divine operations.

Divine documentation, kept in heaven, is believed to be in force, controlling every activity on terra firma. “In fact,” you will hear some people, “you did accent to every befalling predicament that was written concerning you (in heaven) before you came to the world.” Islam and its fatalism expects you to accept whatever happens. God, according to their fatalistic proclivity, is responsible for rape (it was written against your name after all –in heaven). Armed robbery, prostitution, backbiting, faithlessness etc. are God’s handiwork? What moral justification will He possess, after having planted these ills in man’s life, to sit in celestial adjudication? None! I am yet to come across any individual to testify of his heavenly existence before his eventual birth into our world. Adam and all of us, his descendants, began our lives here on earth. “Behold, I was shapen in iniquity; and in sin did my mother conceive me” [Psalm 51:5]. You cannot be fashioned in heaven and possess a sinful nature. The next scripture is Christ’s quotation, “Not that any man hath seen the Father, save he which is of God, he hath seen the Father” [John 6:46]. This deterministic dogmatism can never be from the mind of God. Satanism, most certainly, is its concoction.

Previous Post
IS THE LORD GOD THE AUTHOR OF MORAL EVIL? (one)

Next Post
IS THE LORD GOD THE AUTHOR OF MORAL EVIL? (three)