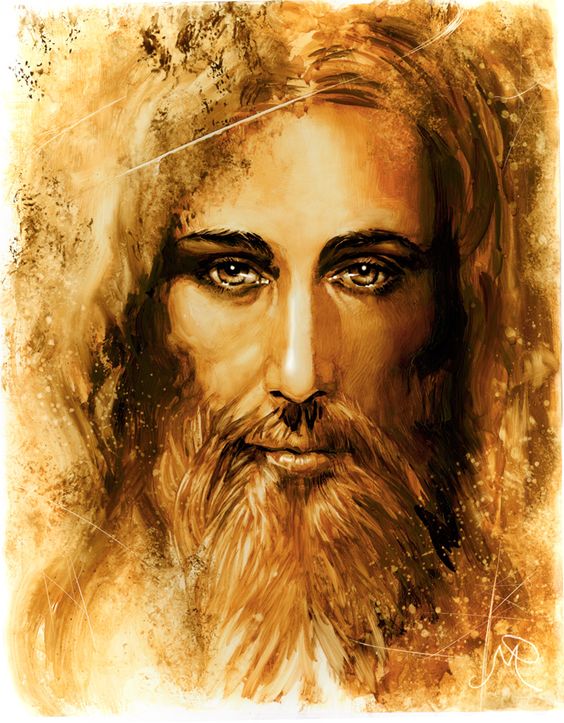 The LOGOS, Yehoshua Mashiyach, Which is, and was, and is to come, the Almighty.

1)            There is only One Entity, only One Personage that goes by the sobriquet ‘Word of God.’ A word is a limning of the utterer of it. You are bound by the word of your utterance because you have verbalised it. It becomes your property, identity and true self. It takes the articulation of verbalism, often meticulosity allied, to effectuate a creation. Mark the trajectory projection of a prayer, praise, worship or a curse. Very effective. The Scripture of theological ventilation of, “And God said…” was commanded ten times to the establishment of creationism. Indeed, your word says everything that has to do with you! It is for this reason that Logos, the Greek for ‘word,’ is defined as ‘the totality of God’s mind, will and word.’ Amen.

John 6:63 quotes Jesus saying, “It is the spirit that quickeneth; the flesh profiteth nothing: the words that I speak unto you, they are spirit, and they are life.” The abstract ‘life’ is the Greek zoe, which is God’s eternal kind of life. The datelessness of His verbalism makes the Utterer eternal. To underscore the Johannine script is Matthews’s recollection of “Heaven and earth shall pass away, but my words shall not pass away” [Matthew 24:35]. The reason why it cannot pass away is because “The words of the LORD are pure words: as silver tried in a furnace of earth, purified seven times” [Psalm 12:6]. The perfection of His eternal Word is found in Psalm 138:2 “I will worship toward thy holy temple, and praise thy name for thy lovingkindness and for thy truth: for thou hast magnified thy word above all thy name.” Let us look at the word ‘magnified’ which is the Hebraic gâdal (gaw-dal’): ‘to grow, become great or important, promote, make powerful, praise, magnify, do great things.’ God’s word, being His personality, He must be faithful to honour every word of promise that proceeds from His holy mouth.

Paul wrote in the Book of Hebrews 6:13, “For when God made promise to Abraham, because he could swear by no greater, he sware by himself,” simply because there is none greater than He is. His promises will stand the test of eternity. The grand apokalupsis (revelation) of the Word was brought into Adamic illumination in His Divine revelation of John 1:1“In the beginning was the Word, and the Word was with God, and the Word was God.” Arian infested theological stance of Charles Taze Russell would lead him so much astray as to adopt an inimical vitiating Bible version of the ‘New World Translation’ which renders the last words as “and the word was a god,” a small letter ‘g’ for Jesus’ Godhood.

The JW of Charles Taze Russell following multitude have been cozened out of an eternal truth of the Personage of Jesus. Unbeknown to the members of the JW (I think it’s best to call them ‘JW’ for they don’t know Jehovah), their founder never bothered to make use of the Hebrew or Greek interpretation of Scripture. There is what the Greek idiom calls the anarthous use of the noun i.e. the use of the noun without the definite article. In Greek when the speaker wanted to point out or designate a person or an object, he used the article; but when he wanted to bring out the inherent quality or the nature of the same, he left it out. A literal translation of John 1:1, taking the anarthous use of the noun into consideration, would therefore be, “and the Word was of the very nature and quality of God.”

A similar grammatical play is that of Hebrews 1:2, where KJV correctly translated “his Son,” though the Greek says merely “Son.” The preposition ‘with’ in John 1:1 is pros (pros): ‘a preposition of direction; forward to, that is, toward (with the genitive case the side of, that is, pertaining to; with the dative case by the side of, that is, near to; usually with the accusative case the place, time, occasion, or respect, which is the destination of the relation, that is, whither or for which it is predicated).’ Christ was directly face to face with God the Father, reminiscent of Proverbs 8:22-30 where the thirtieth reads, ‘Then I was by him, as one brought up with him: and I was daily his delight, rejoicing always before him.” Did the LORD God ever grow biologically from a lad to adulthood? Selah!

Next Post
JESUS: The WORD Of God (What does it betoken?) Part 2