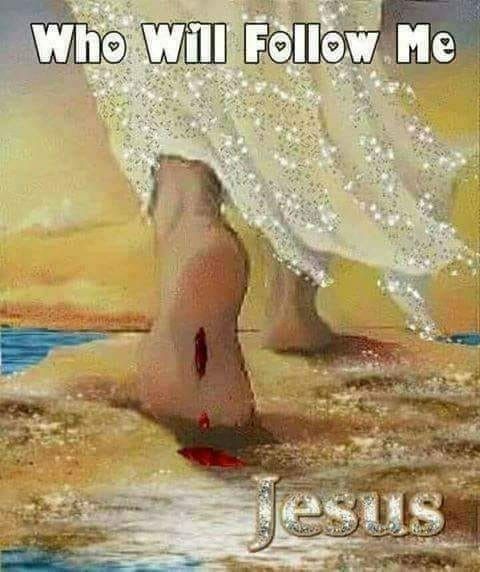 The most enigmatic Man to tread the surface of terra firma

(Continued from the 1st part)

2)            The One who was set up –from when? Proverbs 8:23 has the answer, “I was set up from everlasting, from the beginning, or ever the earth was.” The same is in John 1:2 “The same was in the beginning with God.”  The Word of God, Jesus, is as eternal as the Father. Amen! The scriptural ‘beginning’ is, in actuality, before creationism. Jesus was in the beginning. Only God can be said to be in existence before creationism. Amen! “All things were made by him; and without him was not any thing made that was made” (John 1:3). This is one of my favourite scriptures; the Elizabethan flowery is so aesthetic, and the gospel truismatic reality is of Jesus, the grand Author of creationism.

Before Abraham was, I Am

Did He create all things? Does that not serve pellucidity of the facticity of Christ, the Word of God, as not being a creation? If He created all things then the absolute truth is that nothing created Him. No wonder He dropped the bombshell of John 8:58 “Jesus said unto them, Verily, verily, I say unto you, Before Abraham was, I am.” Most certainly to the English grammar student, ‘was’ is a grammatical inflection of ‘am’ but it is not so from the Greek couched grammar. ‘Was,’ in the Greek, is ginomai (ghin’-om-ai), meaning: ‘1. to cause to be (“gen”-erate) 2. (reflexively) to become (come into being).’ This ginomai  is a pointer to the natural parturiency of Abraham’s coming into being. The personal pronoun ‘I’ is ego (eg-o’) ‘(emphatically, of the first person) I.’ ‘Am,’ eimi (ei-mee’), means ‘I exist {used only when emphatic}.’ Put ego and eimi together, what you have, staring unbelievably at you is the covenant name, I AM THAT I AM, which the Almighty God gave to Moses at the ‘burning bush’ encounter. Jesus is the I AM, which the Jews could not believe, seeing that He was not yet 50 years of earthly age!

“In him was life; and the life was the light of men” [John 1:4]. The preposition ‘in’ en (en) means: ‘a primary preposition denoting (fixed) position (in place, time or state), and (by implication) instrumentality (medially or constructively), i.e. a relation of rest.’ The inconsequentially looking ‘was’ is ēn (ane): ‘Imperfect of eime -I exist-; I (thou, etc.) was (wast or were).’ The grammatical imperfectness of this verb makes it an action of eternal continuity. ‘Life’ is the God’s kind, zoe. In Jesus is an original and essential life, independently of none. As the eternal Father has His own life and the Holy Spirit too, each of His own, so does Christ. Jesus’ life, as the definition of ‘was’ explains, is absolutely eternal! The life which Jesus breathed into created entities illumed them. This light does not just endow with a visive authority. It creates a rational knowledge by which an intelligence is displayed by the individual. This True Light gave Adam the knowledge of what to name creatures such that every name he gave needed not be reviewed by the Creator. Every intelligent being thirsts for salvation. Many, unfortunately, reject the leading of this spiritual Light –into eternal damnation. The sole source of life celestial and mundane life flows from the Word of life, Word of God, even Jesus Christ. Only God can give life thus. Amen!

Jesus, the Light of the world.

“That was the true Light, which lighteth every man that cometh into the world” (John 1:9). The original couch is “every man coming into the world.” The verb ‘cometh‘ is an imperfect tense. John 12:46 quotes Jesus Christ saying, “I am come a light into the world, that whosoever believeth on me should not abide in darkness.” The word ‘darkness’, skotia (skot-ee’-ah) speaks of ‘spiritual obscurity, metaphorically used of ignorance of divine things, and its associated wickedness, and the resultant misery in hell.’ So, we have in verse 12, “But as many as received him, to them gave he power to become the sons of God, even to them that believe on his name:” His name is so precious that it is the only key to salvation.

Hear Him in John 14:1, “Let not your heart be troubled: ye believe in God, believe also in me.” Nowhere in Scripture is any creature’s name is given the authority to be “believed on” save Jesus Christ the eternal Saviour. “Which were born, not of blood, nor of the will of the flesh, nor of the will of man, but of God“ [John 1:13]. The will of the Son is essentially of the eternal Father’s. The reason for this facticity is not farfetched: for He made the asseverative “I and my Father are one” [John 10:30]. Selah!

The Lamb is the Lion of Judah

You will get part 3 here

Previous Post
JESUS: The WORD Of God (What does it betoken?) Part 1

Next Post
JESUS: The WORD Of God (What does it betoken?) Part 3