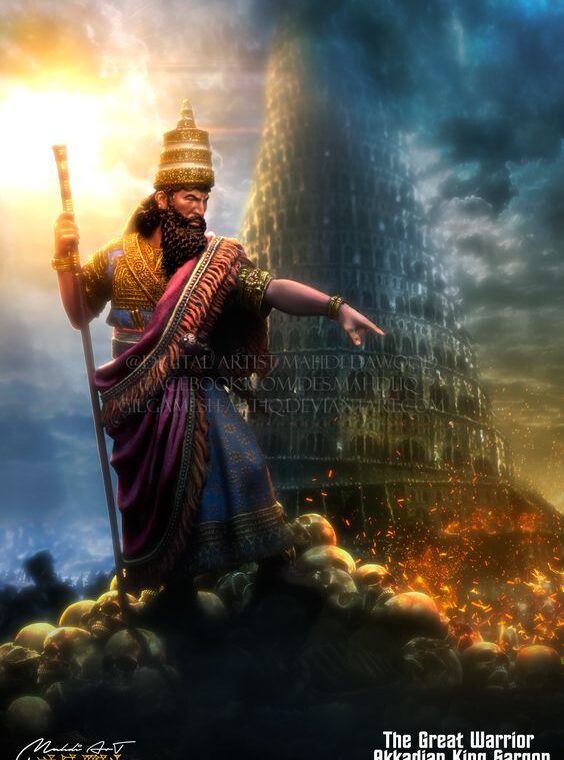 2)            Leading mankind into the perfect picture of Satanism, Nimrod must camp humanity in the slavery of religion. ‘Scattered abroad’ of Genesis 11:4 is the Hebrew word pûts (poots) which comes from ‘the root to dash in pieces, literally or figuratively (especially to disperse).’ Nimrod was bent on the vitiated campaign slant in opposition to God’s will. He needed to have all mankind under his insidious conspiracy. If men should disperse abroad the earth’s surface, it would be in obedience to God’s word. His success makes it so easy for him to present himself as a substitute deity to the children of Noah. Nimrod’s subtle directive was based on the antagonistic spirit of the antichrist. The true Antichrist will set himself up as the de facto stipulatory ruler of the whole world.

Genesis 11:8, “So the LORD scattered them abroad from thence upon the face of all the earth: and they left off to build the city.” That the Governor of the nations, Jehovah Elohyim, as a matter of fact, must have His way, does not vitiate the true picture of the majority of the dwellers of the earth. As they settled in their various locales, they rejuvenated their religious proclivity of the adoration of Nimrod, the sun god, in various names of their new languages while Semiramis’ apotheosis continued to rule the religious hearts of humanity. The contradistinction that underscores man’s egotistical stance before the Creator eventually evolved into satanic assemblage of cultism –church of Satanism!

Angels chose daughters of men and married them (Genesis 6:2).

Remember the union of fallen angels with the daughters of Adam? It resulted in the account of Genesis 6:4 “There were giants in the earth in those days; and also after that, when the sons of God came in unto the daughters of men, and they bare children to them, the same became mighty men which were of old, men of renown.” The progenies were not necessarily of gargantuan statures as the word ‘giant’ seem to mean. The Hebrew for giant is nphiyl (nef-eel’) (or nphil {nef-eel’}): ‘(properly) a feller, i.e. a bully or tyrant.’ Gibbowr (ghib-bore’) (or (shortened) gibbor {ghib-bore’}) is the Hebrew for ‘mighty men’ and it means: ‘1. Powerful 2. (by implication) a warrior, tyrant.’ The word ‘renown’ is shem (shame) ‘1. an appellation, as a mark or memorial of individuality 2. (by implication) honor, authority, character.’

The progenies, by virtue of having been sired by angels of infamy, had the genetic superpower of angels, ergo, they could perform unprecedented physical and mental feats. They grew tyrannical wings. They were the superstars. Their fathers, no doubt, got them initiated into the cult of Lucifer. They grew in fame and in untold riches. They owned the earth, they were a breed of half angels, half man. The angelic part of them was a fallen one, doomed for hell, ergo, cannot be saved. They constitute freaky accouchement before the judgment of God. Of truth is the couch which says, “Ye adulterers and adulteresses, know ye not that the friendship of the world is enmity with God? whosoever therefore will be a friend of the world is the enemy of God” (James 4:4).

Anyone who partners with Satan or has any dealings of mutualism with Lucifer becomes a spiritual freak. A malconformation. The truism of Scripture is that adultery has its hyponymy firmly planted in idolatry. Every idolatrous worshipper is married, spiritually, to Lucifer. This is the picture of the world. The ultramodern man tends to love the world and all the putrefaction it extols as its glory. Imagine the entire population of the antediluvian age of about two million, save eight, that got plunged into annihilation. With the exception of Lot, his wife and two daughters, the entire population of the two nations of Sodom and Gomorrah became one huge incinerator when it met the ireful judgment of God. 2Peter 2:6 “And turning the cities of Sodom and Gomorrah into ashes condemned them with an overthrow, making them an ensample unto those that after should live ungodly;” Sodom means ‘scorch’ while Gomorrah means ‘a ruined heap.’ Is this not the picture of our cosmos?

Satan: truly the god of this world.