TRUE PICTURE OF THE WORLD (1)

1)            They were eating. They were merrily drinking. To the winds, they threw the cautious words of the LORD God. Epicurus was their revered host. The entire globe endorsed the prevalent phenomenon that made the sole satiation of the soul as the ultimate goal. Only eight souls refrained from the madness characterisation of the crazy world of about two million, in population, of Noah’s antediluvian era. The toils of the acumen that produced solid bargaining strength was for more procurement at gourmet depot and for a maintenance of an inexhaustible bar, flowing with the stinging fluid, for the appeasement of a craving addiction. Successfully, God had been dialectically pushed into oblivion. What a world!

This pictures Noah’s age of merriment

It was against this nauseous backdrop that brought a wince on God’s visage when the Scripture revealed in Genesis 6:5-6, “And GOD saw that the wickedness of man was great in the earth, and that every imagination of the thoughts of his heart was only evil continually. 6) And it repented the LORD that he had made man on the earth, and it grieved him at his heart.” The word ‘imagination’ is yêtser (yay’-tser) in Hebrew, and is defined as: ‘a form; figuratively conception (that is, purpose).’ Yêtser comes from yâtsar (yaw-tsar’): ‘to mould into a form; especially as a potter; figuratively to determine (that is, form a resolution).’ Man’s free moral agency had led him through the vehicular path of his ratiocinatio.

Jesus: The Way, the Truth and the Life.

Hegelian dialectics had propounded, à la philosophy, logically. Science had endorsed all the calculations. They had, for mundane reasons, concluded to jettison the Personage of the eternal trine: Way, Truth and Life.

Go out of the Way, and you are a lost soul. Jettison the Truth to wallow in the gulag of delusion. Hate Life: kiss death.

“And the LORD said, I will destroy man whom I have created from the face of the earth; both man, and beast, and the creeping thing, and the fowls of the air; for it repenteth me that I have made them. 8) But Noah found grace in the eyes of the LORD” [Genesis 6:7-8]. Eight souls, howbeit, headed by Noah, did not taste of the annihilation. The meaning of Noah is ‘rest.’ One can only find rest in the Eternal Jehovah by following after the Way, Truth and Life: Jesus! The Word of God. Did man, born after the great deluge, not hear of the annihilation, and the reason for it?

Why would Nimrod decide against all he heard from father Noah? He simply wanted to be different from what God desires. Genesis 11:4 says, “And they said, Go to, let us build us a city and a tower, whose top may reach unto heaven; and let us make us a name, lest we be scattered abroad upon the face of the whole earth.” Nimrod needed to champion this course to enable him to eat and to drink himself to his apotheosis. His apotheotic insistence made him the first global Antichrist. He derailed himself from the way, the truth and the life, even Jesus. The word ‘build’ in Hebrew is bânâh (baw-naw’): ‘to build, rebuild, establish’. ‘City,’ from Hebraic understanding, is‛ı̂yr, ‛âr or‛âyar (eer): ‘a city (a place guarded by waking or a watch) in the widest sense (even of a mere encampment or post).’ ‘Tower’ is migdâl or migdâlâh (mig-dawl’): ‘elevated stage, pulpit; raise.’

Hunter before the LORD –King Nimrod

When Nimrod erected himself upon the podium to address the postdiluvian age under his hegemony, it was a bourne that jettisoned the Divine oriented teachings of his great grandfather Noah. He had commenced a future Nimro-Semiramic religion of Satanism. His was the second biblical recorded city, the first being that of Cain, of whom he took after as an Antichrist. The city of Cain, Nod (node): means ‘wandering, vagrancy;’ which happens to be the true picture of our world. The word ‘make,’ of Genesis 11:4, is‛âśâh (aw-saw’) ‘to do, fashion, accomplish, create from existing material.’ ‘Name’ is shem (shame) ‘reputation, fame, glory; the Name (as designation of God) memorial, monument.’ So, when Nimrod said, “let us make a name,” he was preaching a sermon of Humanism. “Let us fashion a deifying eminence for mankind;” was Nimrod’s proclamation. Nimrod succeeded in the apotheosis of his personage. In a most subtle fashion, presently, Nimro-Semiramis adoration is most prevalent, globally.

Previous Post
JESUS: The WORD Of God (What does it betoken?) Part 6 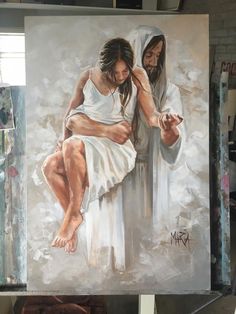 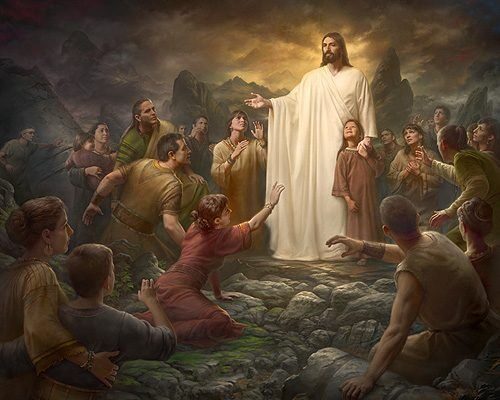