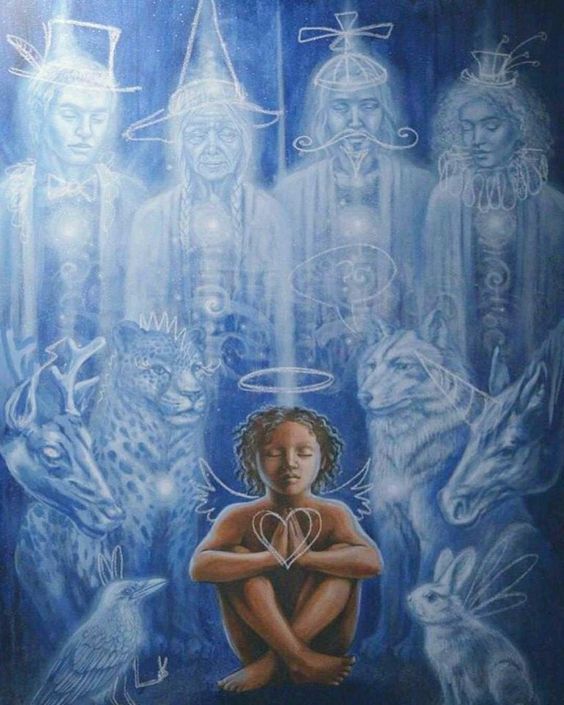 One of the earliest influences on the New Age was the Swedish 18th century Christian mystic Emanuel Swedenborg, who professed the ability to communicate with angels, demons, and spirits. Swedenborg’s attempt to unite science and religion and his prediction of a coming era in particular have been cited as ways that he prefigured the New Age.

From the above exposition, it is clear as crystal that, New Age is syncretic. Paul, warning Christians of an impending syncretism, wrote this, “Which is not another; but there be some that trouble you, and would pervert the gospel of Christ. 8) But though we, or an angel from heaven, preach any other gospel unto you than that which we have preached unto you, let him be accursed” [Galatians 1:7-8]. There is, in the preceding verse 6, the word ‘another’ which in Greek is heteros (het’-er-os): ‘(an-, the) other or different.’ But in verse 7, the same word, ‘another,’ is a dissimilar allos (al’-los), meaning: ‘else, i.e. different.’ What is Paul saying here? The deceitful hoisting of ‘another’ teaching, which is not taught by the mouths of the Apostles, is not ‘another type of the same gospel’ of Jesus. It is actually ‘something else.’ Something quite different: diametrically opposite to the teachings that come from the inspired teachings of the Holy Ghost. This is the difference between the ‘another’ (heteros) of the sixth verse and the ‘another’ (allos) of verse 7.

New Agers are prevaricators of lies from the concoctions of Satanism. If the ‘Scripture cannot be broken’ as Jesus points out in John 10:35, there cannot be another mode of worship of the Most High Jehovah, other than what He founded through the midwifery of the Holy Spirit in the Jerusalem upper room, which He had promised His disciples when He instructed them with these words: “And, behold, I send the promise of my Father upon you: but tarry ye in the city of Jerusalem, until ye be endued with power from on high” [Luke 24:49]. The words of Jesus, as He was about to depart the earth, point to the universality of Christianity in championing the soteriological mandate. “But ye shall receive power, after that the Holy Ghost is come upon you: and ye shall be witnesses unto me both in Jerusalem, and in all Judaea, and in Samaria, and unto the uttermost part of the earth” [Acts 1:8].

A further major influence on the New Age was the Theosophical Society, an occult group co-founded by the Russian Helena Blavatsky in the late 19th century. In her books Isis Unveiled (1877) and The Secret Doctrine (1888), Blavatsky claimed that her Society was conveying the essence of all world religions, and it thus emphasized a focus on comparative religion. (Wikipedia)

Drury also identified as an important influence upon the New Age the Indian Swami Vivekananda, an adherent of the philosophy of Vedanta who first brought Hinduism to the West in the late 19th century. (Wikipedia)

Who is Helena Blavatsky? An occultist. What about Emanuel Swedenborg, was he not a satanic medium? The New Agers do not accept the Lordship of Jesus Christ. They do not believe that He is the Messiah. The Bible says something about them in 1John 4:3 “And every spirit that confesseth not that Jesus Christ is come in the flesh is not of God: and this is that spirit of antichrist, whereof ye have heard that it should come; and even now already is it in the world.” John the divine was warning against anyone wanting to have any spiritual bonding with the likes of Cerinthus and his Gnosticism. They would rather, like Cain, go with Satanism. The Holy Spirit had not taken them through spiritual parturition. To them he has these verses as well, “Little children, it is the last time: and as ye have heard that antichrist shall come, even now are there many antichrists; whereby we know that it is the last time. 19) They went out from us, but they were not of us; for if they had been of us, they would no doubt have continued with us: but they went out, that they might be made manifest that they were not all of us” [1John 2:18-19].