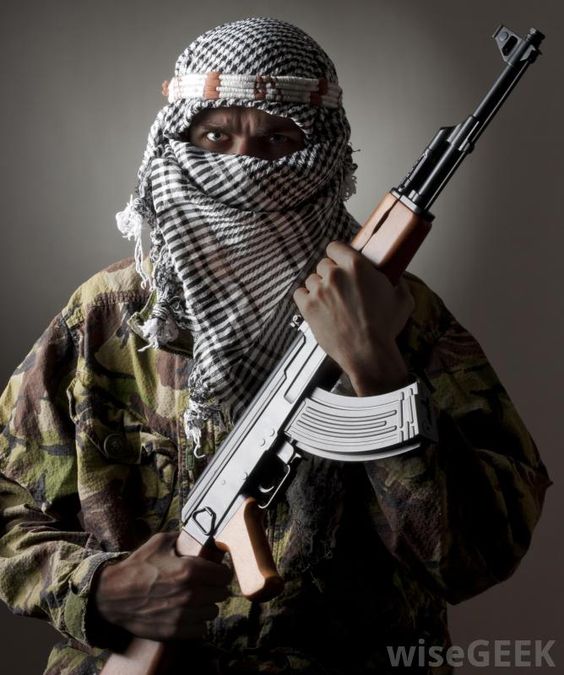 Sura 2, (Al-Baqarah) Ayah 4, i.e. Qur’an 2:4 reads, “And who believe in what has been revealed to you, (O Mohammad), and what was revealed before you, and of the hereafter they are certain (in faith).”

This is the commentary on this verse: Narrated Ibn ‘Umar [radhi-yAllahu ‘anhumaa]: Allah’s Messenger (ﷺ) said: Islam is based on (the following) five (principles):

1. To testify that “La ilaha illallah wa anna Muhammad-ur-Rasul Allah” (none has the right to be worshipped but Allah and that Muhammad (ﷺ) is the Messenger of Allah).

Nicodemus believed the facticity of John 3:16

Is it not quite interesting to note that centuries before the advent of Islam the persuasive John 3:16 was all that Christians needed to populate the Kingdom of God, spiritually? Suddenly, God decided to start killing the unbelieving people with the sword of Prophet Muhammad, such that, “Paradise has one hundred grades which Allah has reserved for the Mujahidun who fight in His Cause,” is all a die-hard Muslim needs to understand, and he is ready to destroy unbelieving lives. Isis of Syria, Boko Haram of Nigeria and the globally infamy: Al-Qaeda of Osama bin-Laden etc. thrive on verses like this to inflict the mayhem of terrorism on those who want nothing to do with Islamism. They will be beheading a victim as they all chorus, “Allahu akbar!” Why not? Is it not the gateway to Mohammedan Paradise?

This is the ultimate goal of Muhammadan Islamism: 72 houris. Sex!

How does one explain this radicalism of Jihadism?

Qur’anic 6th chapter, Al An’aam, verse 16 says, “On that day, if the penalty is averted from any, it is due to Allah’s mercy; And that would be (Salvation), the obvious fulfilment of all desire.”

The commentary:“Who is averted from, such a torment, on that Day, He has surely been Merciful to him, meaning, Allah will have been merciful to him, And that would be the obvious success. Allah also said, And whoever is moved away from the Fire and admitted to Paradise, he indeed is successful. (3:185) success here indicates acquiring profit and negates loss.”

Al An’aam 16 is purely purgatorial. Purgatory is of Catholicism. Muhammad, no doubt, had scriptural dealings with the Roman Catholic Church. This fact kept recurring in his censorship of Christianity. The Popery definitely has nothing to do with Christianity. This is probably the bane of his ignorance of the Bible. Gabriel would never be sent, all the way from heaven, to hold Muhammad’s head and slamming it, brutally, on an Islamic holy book and ordering him to, “Read,” who was known to be a stark illiterate. Angel Gabriel would never denounce the unique Sonship of Jesus, in teaching theological facts to him, knowing fully well that angels, who are also sons of Jehovah, do worship the Christ.

Gabriel knows that Catholicism is not of Christ. Does Gabriel not know that there are THREE in the Godhead? Does he not prostate in worship before the Lamb of God, even Jesus? “And again, when he bringeth in the firstbegotten into the world, he saith, And let all the angels of God worship him” [Hebrews 1:6]. “And every creature which is in heaven, and on the earth, and under the earth, and such as are in the sea, and all that are in them, heard I saying, Blessing, and honour, and glory, and power, be unto him that sitteth upon the throne, and unto the Lamb for ever and ever” [Revelation 5:13]. The Bible has all the answers.