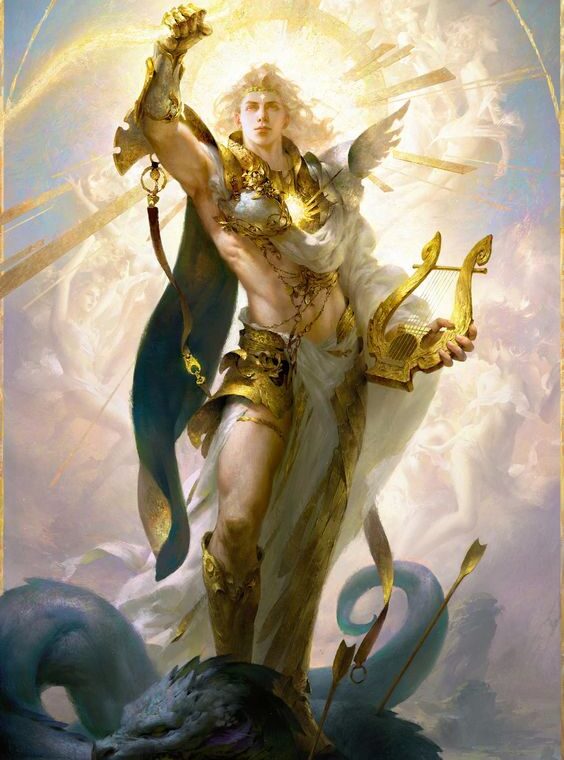 4)            Music leadership made you the biggest star of the stars of celestial pomp. To the praise and worship of the Divinity of the Trinity, did you not receive directory manoeuvre, by the Holy Spirit, through the labyrinth treasure of the Logos where you got the true lyrics in the latria of the Most High? How could your universal fame, triggered by the Holy Spirit, in the name of the Christ, make you forget that the “workmanship of thy tabrets and of thy pipes was prepared in thee in the day that thou wast created?” The word ‘workmanship’ is the Hebrew melâ’kâh (mel-aw-kaw’): ‘properly deputyship, that is, ministry; generally, employment (never servile) or work (abstractly or concretely); also property (as the result of labor);’ making this ‘workmanship’ an occupation of a religious business nature.

Is the One who gave you that employment not the Eternal LORD God? You failed, Lucifer, to understand that the elevation given to you was a gift to a mere object of creationism. You shunned the divine gesture of eternality for a vainglorious apotheosis. You asked for it! That, Lucifer, was absolute stupidity. Is it not the mind of egregious stupidity that dreams of retirement from Jehovah’s business? Jehovah is eternal. You did not want to continue in the use of the tabrets to beat the pulsating drums that sends the empyreal host in spiritual frenzy of stomping dance before the LORD God in worship. You were tired of playing the musical wind instruments of the pipes before the thrice holy God. Loss. Your eternal loss.

12 precious stones of the priesthood

Added to your unequaled dexterity was the preciousness of the awe-inspiring stones of your adornment. This is an unparallelable beauty of creation. You were pulchrified to an astonishing oomph. But for the pride that did ride you like a pony, you could not see that the number ten of the precious stones is of trials. In the starkness of woefulness, Lucifer, you failed; and is the sadness thereof not the eternality of your miserable hellish sentence? Little did you know that the fiery destructiveness of the carbuncle (gem of flaming colour), one of stones that pulchrified you, was the judgemental employment for your disobedience (check the above Ezekiel 12:18).

You probably were of the knowledge that these stones would, one day, adorn the chest of the Aaronic priesthood, ergo, you had been considered a high priest, just like the Christ. Again, Lucifer, wrong and wrong you were. While your ten stones were scattered about you, that of the Aaronic order were in four rows, each of three, totalling twelve, the number of Christ Jesus. The eternality of Christ presupposes that anyone who wants to be like Him must of necessity continue to follow Him all the days of his created life. And that guarantees eternal bliss from the throne of the Rainbow Administration of the Eternal Father. Amen.

The Prince of darkness

Well, you got what the desiderative crave of your evil heart longed after.

The name of the Tyrus king Ethbaal points to Nimrod, the sun god on your satanic behalf. The whole world serves the sun god, Lucifer, the god of this sinful earth. Politicians fall before you to help them to clinch political positions, globally. One day, the ultimate Antichrist will emerge in the power of Satanism. For how long? Seven years, just seven out of eternal years.

Meanwhile your metier, music, is what you continue to use to dominate the life of earthly beings. The entertainment industry which includes music and the movie businesses thrive under the supervision of Satanism –hardly would any Hollywood movie not contain pornographic scenes, and a societal acceptance of homosexuality. Soon, very soon all of this shenanigan will come to a halt. The Lord of creation will descend as echoes the cry of the Church, “Make haste, my beloved, and be thou like to a roe or to a young hart upon the mountains of spices” [Song of Solomon 8:14].

Next Post
IS THE MARIAN BIRTH THE FIRST EXISTENCE OF JESUS CHRIST? (Part one)