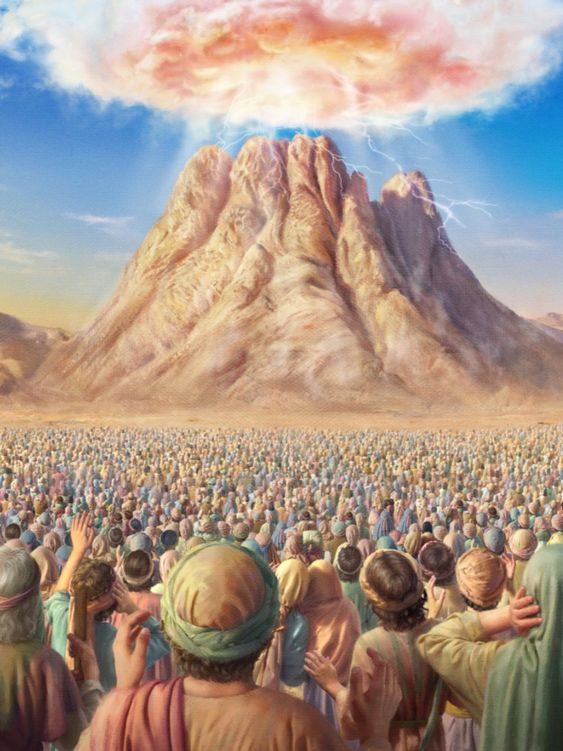 1)    God’s worship demand is never an act from a whimsical scripting. Worship was never of a sin engenderment, brought into the divine force when Lucifer decided to lead the boldacious act of the empyreal putsch, eons past. It, nonetheless, became a phenomenal prevalence after the original sinful fall. This inevitability was made an availability to humanity to avert the hellish annihilation awaiting any perpetrator of an anomalous adoration of a created entity, to exhibit the love of the Divinity to mankind, whom He had created in the likeness and in the image of the Godhead. God, forsooth, is love. Amen.

One that sat on the celestial throne received the latria

No worship is ever an absolute reality, without being in physical attendance, the object of veneration. “And the four beasts had each of them six wings about him; and they were full of eyes within: and they rest not day and night, saying, Holy, holy, holy, Lord God Almighty, which was, and is, and is to come. 9) And when those beasts give glory and honour and thanks to him that sat on the throne, who liveth for ever and ever, 10) The four and twenty elders fall down before him that sat on the throne, and worship him that liveth for ever and ever, and cast their crowns before the throne, saying, 11) Thou art worthy, O Lord, to receive glory and honour and power: for thou hast created all things, and for thy pleasure they are and were created” [Revelation 4:8-11]. The eleventh verse, most appropriately, explicitly underscores the reason for the ritualism of the latria. Worship intrico assumes no bases from the cultural anthropological phenomenon. Latria pertains strictly to the Author of creationism. God’s pleasure stems from an absolute goodness of the Divinity. Asking for your worship of His divine holiness is incontestably apropos. Is the Lord God not the O-cubed of Omniscience, Omnipotence and the Omnipresence? Show me another entity of this persona and I will worship it all the periods of eternity. Jehovah receives latria because He is worthy of it. Amen.

“And they heard the voice of the LORD God walking in the garden in the cool of the day: and Adam and his wife hid themselves from the presence of the LORD God amongst the trees of the garden” [Genesis 3:8]. The Hebrew word for ‘walking’ is hâlak (haw-lak’): ‘to go, walk, come, depart, move, to die, live, manner of life (figuratively), i.e. lifestyle.’ Theological understanding makes a pellucidity for the Visitant of the Eden Garden to be none other than the Christ, the pre-incarnation of His manifestation. The personal appearance of Christ in the cool of the evening completed the Eden adorational ritualism. The Adamic pristine couple, knowing none other, did worship the true God. Amen.

The nascent human race continued the oblational adjudication involving blood sacrificial animals for spiritual aberration until Cain’s slant of anthropological culture engendered a religious anomaly. That endeavour of Satanism by Cain turned him into the global headship of the antediluvian miscreants, who founded the ominous colouration of worship intrico.

Cain. The progenitor of the antediluvian miscreants.

Living side by side were the antediluvian saints, who did the will of the Lord God, and the antediluvian miscreants, who followed the religious education of Satanism, championed by Cain, their progenitor. Latria, for this simple reason, became dichotomous in the Adamic world. Seth’s descendants of humanity called on the true God of the Bible. The antediluvian miscreants of Cain’s descent kept themselves away from the presence of the LORD God, and bent their knees before satanic worship. This is the genesis of the prevalence of dichotomous worship. This is the enthronement of wickedness.

“And God saw that the wickedness of man was great in the earth, and that every imagination of the thoughts of his heart was only evil continually” [Genesis 6:5]. ‘Wickedness’ isrâ‛âh (rah) in Hebrew, with the translation of ‘bad, evil, disagreeable (naturally or morally)’. The Hebrew for ‘imagination’ is yêtser (yay’-tser): ‘form, framing, purpose, framework or conception.’ Man began to wage war against the word of God, according to the protocol of Satanism. Nimrod led the children of Adam, or Noah, in the actuation of latria dichotomy.

Nimrod, the sun god, hunter of men before the LORD God.

Years after the demise of Nimrod, the myriad of religious beliefs and practices, notwithstanding, it is still the old dichotomous practice of earthly worship. You either bow in worship to the true God of the Bible (and of Israel) or to Lucifer. Right from the Upper Room, on the Pentecostal day of the inauguration of the Church, the Holy Spirit had continued to lead Christians in the true worship of Jehovah. The myriad of religious inclinations of the world is a prompture of Lucifer, ergo, Satanism. There is only one true way to the good God of the Bible. Jesus died to engender the path of righteousness. But in order to cause spiritual entanglement, the Devil needed to establish myriad forms of worship for an effect –to create an impression that Christianity is just one of the ways of righteousness. The creation of several latria options is the main intriguing stance of this religious competition.