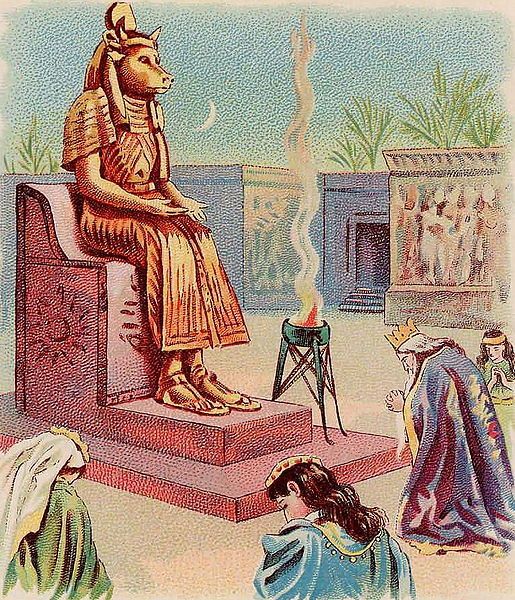 2)            “Why would God allow these religions if they are wrong?” This is the rhetorical approach often peddled as a proof of God’s approval of other religions, in refutal of Christian claim of, “Without Jesus, one is hell bound.” Excepting Christianity, all other religious forms of faith are nothing short of religious entrapment of Satanism. All these man-made religions constitute just one path of stark unrighteousness. Proverbs 14:12 reads, “There is a way which seemeth right unto a man, but the end thereof are the ways of death.” It began with ‘a way’ but it is a way that parts into several: all of them heading to one hellish gaol of eternal punishment. Every religious enterprise that makes not Jesus Christ the Lord and the Saviour is the phenomenality that seemeth right. It is a death wish. Simple. Jesus taught in Matthew 7:13, “Enter ye in at the strait gate: for wide is the gate, and broad is the way, that leadeth to destruction, and many there be which go in thereat:” for there are so many ways of Satanism placed before man’s choice. The broadness depicts the myriad of religious worship: all of those who are contained in this broadness lead themselves into eternal damnation.

He cometh to steal, kill and to destroy

All that an individual needs to do is to give an unscriptural adoratory veneration to any object, and in that very second, a demon will fit his apocalyptic being into the object of latria to receive the worship for his master, Lucifer. God Almighty will never compete with Satanism. The LORD God does not, in any way, sanction a form of worship unknown to His protocol: The Scriptures. Circumnavigating Jesus, the Word of God, in any worship practice is tantamount to the worship of Satan. The only way to belong to Jehovah is by the spiritual connectivity based on His protocol, the Bible. Knowing this fact quite well, Satan must come up with something to remain God’s archenemy. Lucifer’s desiderative inordinacy is to be worshipped, no matter what.

Latria must involve an adherent follower and a deity. To establish God’s Deity, the intelligent beings of the celestial realm were brought into being. They must exhibit intelligence and operate as free moral agents as well. To challenge the Author of creationism, Lucifer who knew that a true deity must be the Creator, must break another law of deification –bypassing the needed credential of creatorship— by appealing to the free moral agency of the empyrean citizenry. Most definitely, he could not approach the Divinity with his illegal desideration, knowing fully well that the LORD God is the God of legality. How could Lucifer have passed the interview to an apotheotic official status? A worshipped entity must be in possession of all God’s divine credentials. God, seated on His exalted throne, would probably have made the first question to be, “Lucifer, are you omnipotent?” The sincerity of this question being that it takes power to assume a deific lordship; a deity cannot function without an almighty power to protect the deifiers. The deficiency in protection of oneself is what makes an individual to seek for protective machinery of a known deity.

If a whole lot of people should appear in worship, in various places, the true Deity will most definitely be there –in every place of latria. Matthew 18:19-20 “Again I say unto you, That if two of you shall agree on earth as touching any thing that they shall ask, it shall be done for them of my Father which is in heaven. 20) For where two or three are gathered together in my name, there am I in the midst of them.” The Creator, by the name of Jehovah, has the capability to be present everywhere universally. And this is the proof of the Divinity of Jesus, the Lord of creationism. What does Satan do? He places demons in every point of worship to fake his ‘almighty’ projection. Lucifer has omnipresence deficiency.

O Lucifer! How art thou fallen!

The next succeeding question, “Are you omniscient?” will be too much for Lucifer to handle. He is not the Entity of Colossians 2:3 “In whom are hid all the treasures of wisdom and knowledge.” A deifier comes to the deity expecting to receive information on the way forward. Only Jehovah, the Omniscient, knows all, with the capability to tell each one of all that show up the way forward. Another question will be, “Have you created anything, ex nihilo (out of nothing) or otherwise?” Creation ex nihilo is the LORD God’s métier and none competes with the Almighty in this field, none whatsoever.