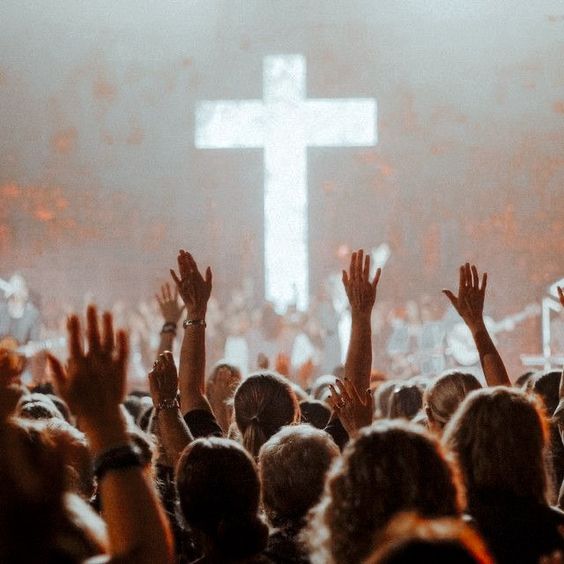 3)            True worship involves spiritual connectivity of marriage. When Adam married his wife in the Garden of Eden, it prefigured the marriage between the Lamb and the Church, the redeemed of the LORD God. God must enter into marriage with His deifier. The danger, therefore, inherent in worshipping any other deity –of idolatry— is that you get bound to Lucifer by the legality of spiritual marriage. This is one of the reasons why so many people will say to the hearing, “We have gone too far in this occultism, there is no going back.” They are made to believe the Satanism of having gone beyond redemption. What a lie of Satanism the ignorant man has continued to be fed with! Sad!

True worshippers shall worship the Father in spirit and in truth [John 4:23].

The redemptive words of Jesus abound in Scripture. Matthew 11:28 “Come unto me, all ye that labour and are heavy laden, and I will give you rest.” ‘Heavy laden’ is the Greek phortizo (for-tiy’-zō): ‘1. (properly) to load up (a vessel or animal). 2. (figuratively) to overburden with ceremony (or spiritual anxiety).’ John 3:16-17 “ For God so loved the world, that he gave his only begotten Son, that whosoever believeth in him should not perish, but have everlasting life. 17) For God sent not his Son into the world to condemn the world; but that the world through him might be saved.” The ‘whosoever’ includes any human person who desires salvation.

John 6:35 “And Jesus said unto them, I am the bread of life: he that cometh to me shall never hunger; and he that believeth on me shall never thirst.” Who is the ‘he that cometh’? Is he not any person who so desires? What does it imply when it says, “shall never thirst”? It means this salvation through Jesus cannot be lost. It is eternal. John 6:37 “All that the Father giveth me shall come to me; and him that cometh to me I will in no wise cast out.” Does this verse not remind one of Isaiah 1:18 “Come now, and let us reason together, saith the LORD: though your sins be as scarlet, they shall be as white as snow; though they be red like crimson, they shall be as wool”? It does. And Jesus is saying in John 6:37, “I will in no wise cast out.” None is irredeemable. Hallelujah!

The Lamb of God is the Lion of Judah; HE is actually our High Priest in heaven.

John 7:37 “In the last day, that great day of the feast, Jesus stood and cried, saying, If any man thirst, let him come unto me, and drink.” John 14:6 “Jesus saith unto him, I am the way, the truth, and the life: no man cometh unto the Father, but by me.“

Genuine worship is strictly through Jesus. “All that ever came before me are thieves and robbers: but the sheep did not hear them” [John 10:8]. In this context, Jesus is talking to them as the Messiah. The Messiah’s office is strictly of the Divinity. Who came before Jesus? They are Krishna and the host of Hindu deities, Prophet Mani (of Manichaeism), Nimrod (the sun god) and Buddha. If those who came before His incarnation were thieves and robbers, what about Prophet Muhammad of Islam? Muhammad made an inference to his (Muhammad’s) messianic role saying, “When I see my Lord, I will fall down in Prostration and He will let me remain in that state as long as He wishes and then I will be addressed.’ (Muhammad!) Raise your head. Ask, and your request will be granted; say, and your saying will be listened to; intercede, and your intercession will be accepted.’ I will raise my head and praise Allah with a saying (i.e. invocation) He will teach me, and then I will intercede. He will fix a limit for me (to intercede for) whom I will admit into Paradise” found in Sahih al-Bukhari, Prophetic Commentary on the Qur’an (Tafseer of the Prophet (pbuh)) Book 65, Hadith 4516. Muhammad, by this asseveration, that he is going to be the intercessor and a one to retrieve people from hell, is a religious thief and a robber according to the words of Jesus Christ, the King of kings, and the Lord of lords.

Satanic inducement of careless religious affiliation is the bane of man’s religious vagrancy. Worship intrico has resulted in intrigues of a careful chicanery of Satanism. Man was made to worship the LORD, his creator. This is what Lucifer capitalizes on –man’s inherent thirst for the communion with his Maker. After the fall of Adam, God turned away from man. Sinfulness. Lucifer’s desideration happens to be the latria crave; every evil effort in his maniacal arsenal is an ominous direction towards the heart of the unwary soul that rejects the finished work of the substitutional death of the cross.

In perfection of this worship intrico Satan, the Devil, got hold of the heart of Cain. After the antediluvian annihilation, Nimrod became a zealous, ready tool for the intrigues of Satanism. As the people dispersed globally, the Devil set up hundreds of thousands of religions with the wicked intention of religious entrapment.

Lucifer he knoweth that he hath but a short time

Let us look at the eternal gulf of difference between the Good and the evil of Satanism. John 10:10 “The thief cometh not, but for to steal, and to kill, and to destroy: I am come that they might have life, and that they might have it more abundantly.” Satanism is absolutely an annihilative design. Lucifer is a destroyer of what he has neither the capacity nor the intention of regenerating. He is an egregious abominator, incorrigibly bent on carrying out his polluted ratiocinatio. Stealing, killing and destruction, which are the stock in trade of Satanism, and Lucifer’s manifesto happen to be elements of anti-life. What the worship of Jesus promises is abundance of ‘zoe’, God’s kind of eternal life of pure bliss.

Revelation 12:12, “Therefore rejoice, ye heavens, and ye that dwell in them. Woe to the inhabiters of the earth and of the sea! for the devil is come down unto you, having great wrath, because he knoweth that he hath but a short time.” Satan the Devil will never reveal to his religious victims that he knows that his deification is quite ephemeral. He is only looking for intelligent beings to accompany him to eternality of the bottomless gaol of hell. Be wise.