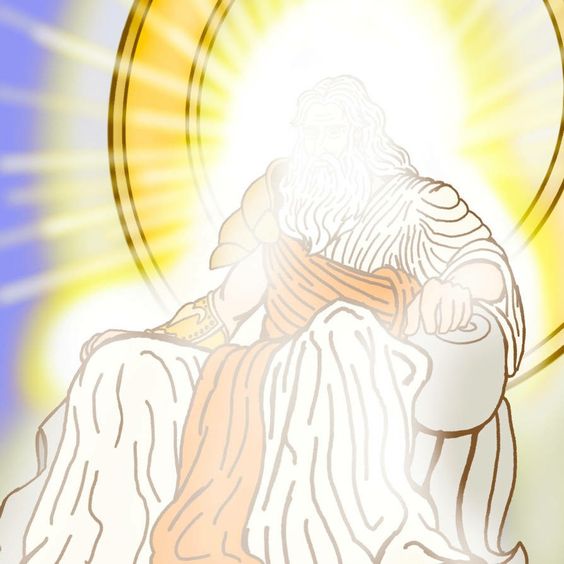 3]            Revelation 7:9-10 “After this I beheld, and, lo, a great multitude, which no man could number, of all nations, and kindreds, and people, and tongues, stood before the throne, and before the Lamb, clothed with white robes, and palms in their hands; 10) And cried with a loud voice, saying, Salvation to our God which sitteth upon the throne, and unto the Lamb.”  From this verse, ‘salvation’ in Greek is soteria (sō-tee-riy’-a): ‘1. (the state of) safety. 2. (the quality of) preservation from harm and danger. 3. (properly, abstract) salvation (i.e. an act of rescue or saving). 4. (specifically) Salvation from Moral Failure and Death into Eternal Life through the Anointed-One, Jesus (Yeshua).’ The conjunction ‘and,’ kai (kai’), is apparently, a primary particle, having a connective and sometimes also a cumulative force. It means: ‘1. and. 2. (repeated in a list) often not expressed, being redundant in English as implicitly understood (i.e. Joseph and Mariam and Jesus went to Jerusalem). 3. also (and also, but also). 4. even. 5. both.’

One indubitable fact is that celestial chronology has not scientific measurerability. It is of eternality. Celestial acceptability is of eternal consequence. Salvation is attributed to God the Father and to the Son. If the empyrean host dared not give soteria honour to a created being – as some want us to believe concerning Jesus Christ –, how could a grammatical ‘and’, having a cumulative force, be applied to the Father and to the Son. Christ and the Father do share the authorship of soteriological reality and the heavenly host attests to this realism. Amen.

Astounding and quite apocalyptic is the celestial scenery that got unveiled in the book of Revelation 5:1-10 “And I saw in the right hand of him that sat on the throne a book written within and on the backside, sealed with seven seals. 2) And I saw a strong angel proclaiming with a loud voice, Who is worthy to open the book, and to loose the seals thereof? 3) And no man in heaven, nor in earth, neither under the earth, was able to open the book, neither to look thereon. 4) And I wept much, because no man was found worthy to open and to read the book, neither to look thereon. 5) And one of the elders saith unto me, Weep not: behold, the Lion of the tribe of Juda, the Root of David, hath prevailed to open the book, and to loose the seven seals thereof. 6) And I beheld, and, lo, in the midst of the throne and of the four beasts, and in the midst of the elders, stood a Lamb as it had been slain, having seven horns and seven eyes, which are the seven Spirits of God sent forth into all the earth. 7) And he came and took the book out of the right hand of him that sat upon the throne. 8) And when he had taken the book, the four beasts and four and twenty elders fell down before the Lamb, having every one of them harps, and golden vials full of odours, which are the prayers of saints. 9) And they sung a new song, saying, Thou art worthy to take the book, and to open the seals thereof: for thou wast slain, and hast redeemed us to God by thy blood out of every kindred, and tongue, and people, and nation; 10) And hast made us unto our God kings and priests: and we shall reign on the earth.”

“And he came and took the book out of the right hand of him that sat upon the throne” [Rev. 5:7].

‘Man’ of verses 3 and 4 is oudeis (oo-dice’) meaning: ‘no one, nothing’. God the Father had in His hand of eternality, a scroll. The angelic enunciation was beyond the capability of the angels or the crowned elders, ergo, beyond any being of creation. Only a hand of eternality could approach and also take from the eternal hand of God. This is a very good reason for the Trinitarian reality. Moments of exigencies, as this one, makes the Trinity very inevitable. When God must be seated, and God must be on His eternal feet and still be in the Almighty fashion of Jehovah, an Entity – of Divine equality – must be present for each occasion. The rectitudinous stance of God, seated as Judge, would not befit Him playing the role of the Redeemer-Advocate. Therefore, God the Son, Jesus Christ, the eternal One, Whose goings forth is of old, must be the One to stand on the eternality of feet and to stretch forth His Eternal hand, which has always, from eternal past, been known to the Father’s. God appropriately took it (the scroll) from God. Hallelujah. Amen.

Only the Hand of eternality could take from that of Divinity

What is this that is read in the sixth verse which emphatically says, “in the midst of the throne and of the four beasts, and in the midst of the elders, stood a Lamb”? Cynosure of empyreal gaze is the beholding of the Lamb’s perfection of Divinity. All eyes were on the divine Person of Jesus.

Previous Post
UNVEILING THE SECOND MEMBER OF THE GODHEAD [two]

Next Post
UNVEILING THE SECOND MEMBER OF THE GODHEAD [four]