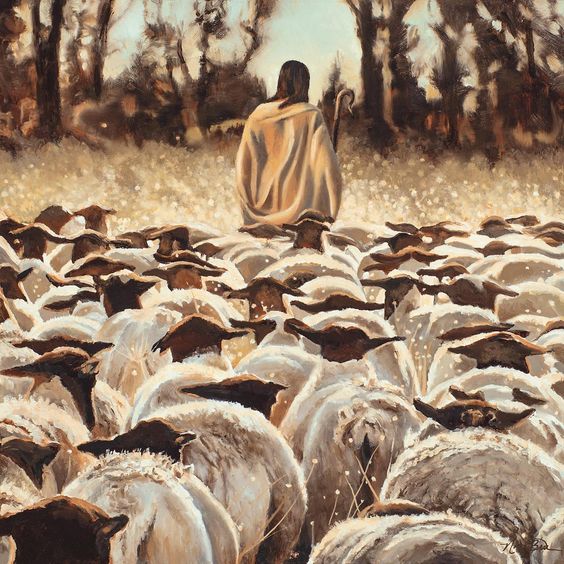 The ‘born again’ Christian is an initiated person into the ‘secret cult’ of Jesus Christ.

4)            Jared means descent. Spiritual descent of a man cannot be a positive gradation, ergo, an Adamic degeneration. God, being good, had designed a horizontal – from heaven to earth – plan of soteriological reality intended to salvage the believing humanity. Jared’s life was indicative of God’s willingness to save the fallen Adam.

The English definition of Enoch is ‘dedicated; initiated’, pointing to the fact that God will never destroy anyone who dedicates his life to Him. The ‘born again’ Christian is an initiated person into the ‘secret cult’ of Jesus Christ. Enoch’s initiation was an enablement that kept him in his ‘close walk’ with God. Ham had been appointed to carry out this initiation in the latter days of Adamic earth.

The LORD is so good to HIS Bride, the Church.

Methuselah means ‘man of a dart’ which possibly signifies ‘he dies and it (the flood) is sent’, prophetically named by his father, Enoch, at his birth. Nothing of spiritual note is credited to Methuselah, but, the fact still remains that, this Methuselah was not of the vagrant miscreants of the demonic land of Nod, known of Cain – their progenitor. Methuselah lived a righteous life as was shown him by his father; and is counted as one of the saint-patriarchs of the antediluvian age who did not do the will of Lucifer. All Methuselah needed to do was to believe. That he died just before the flood means that he went to Abraham’s Bosom when he slept the sleep, not onto eternal death, but the typicality that guarantees life eternal after earthly demise.

Lamech is ‘destruction’ by definition. Unlike his antediluvian miscreant counterpart of Cainish descent, this Lamech was not destroyed by the anger of the great deluge judgment of Divinity. He was an antediluvian saint. He destroyed the evil hand of satanic death by calling on the name of the LORD God and did not fail to set the feet of his son, Noah, on the right path. Lamech gave birth to the LORD’s rest. Lamech is a pointer to the end time warning of God’s destruction of the wicked, from the lips of the evangelical business of Ham.

Ham must preach to a dying, Adamic world.

There is a reason for not keeping the records of the names of some of the biblical daughters. The born again Christians constitute the Bride of Jesus Christ, ergo, a woman. Christianity is one of the most guarded secrets in the heart of the Divinity.

The intriguing shenanigan behind satanic goad of Adamic race into sin is to get them into the eternal ire of the Divinity – Lucifer maniacally craves hellish accompaniment. Lucifer knows that all that Adam had to be guilty of was just one tiny sin and the pronouncement of judgment with a string attachment of a curse hemming the reaction of the Divinity. In the Garden of Eden Adam received the judgment for disobedient sinfulness; but the curse was not given to Adam directly; it passed onto the ground. The curse raged on throughout the antediluvian age.

The sun represents Nimrod, the sun god; the moon is Semiramis, moon goddess and Nimrod’s wife.

In the postdiluvian error against the joy of the LORD, it was Ham who sinned. Who received the curse? Canaan, his son, received the excruciating lash of the curse. Lucifer took advantage of the curse, making it to snowball into an anomalous global government headed by Baal, in the person of a Hamish Nimrod – worshipped king, the next Antichrist after Cain. When Cain refused to use his spiritual javelin in the cause of Jehovah, he was substituted with Seth. Cain received a direct curse owing to the fact that he took the stance of egregious defiance, speaking face to face with the LORD God, Who had come with a Fatherly forgiveness. Cain must take a direct curse just like Lucifer, his spiritual father. Cain was the first type of the ultimate Antichrist, whom Ham must preach against. Yes, Ham of Africa is wreathing in the curse of Noah, which brings Africa down to the level of a Third World underdevelopment; the truth is simply that Africa remains in God’s soteriological calendar. Selah!

The antediluvian patriarchs passed the baton of succession of God’s business one to the other, culminating in Noah’s leading humanity through the flood. Why? God wanted to preserve humanity. Noah passed the baton to Shem. Japheth continued on a larger scale. Ham, the supposedly cursed, must complete the soteriological enterprise. How come so? God had blessed him immediately after the great deluge. Abraham passed the baton to Isaac who also did the same to Jacob. Whether Jacob was a ‘supplanting’ schemer or not: the grace of God took care of his spiritual inadequacies. Whether under curse or not, in this end-time proclamation of the coming of Jesus Christ, it is strictly a divine appointment for Ham of Africa to champion it. Amen.

You must be born again to be free from Divine condemnation. Pray the sinners’ prayer. Say:

Get the part 3 here