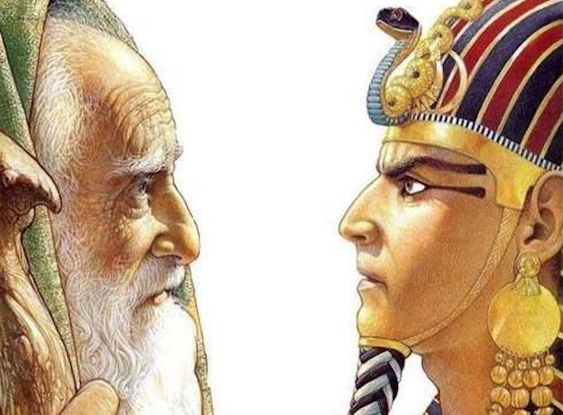 “And Pharaoh said, Who is the LORD, that I should obey his voice to let Israel go?

3)            The Creator of the marriage institution is the only One who can help maintain this institution. We understand that the Woman was the first to dip her life into sin; it will not be easy for her who first walked into the evil way to practise humility. One of the chief reasons why affine establishments go awry is the inability of the woman to submit her personality to the man. Unfortunately, most wives do not realize that the husband is the representative of Christ in that marriage – disrespect to husband is disobedience to the God of creation.

Marital rift comes from disobedience to the express word of God.

Hebrews 13:17 “Obey them that have the rule over you, and submit yourselves: for they watch for your souls, as they that must give account, that they may do it with joy, and not with grief: for that is unprofitable for you.” The heads of governmental institutions are scripturally said to be ‘ministers’ of God. Diakonos (d̮iy-a’-ko-nos) is the Greek for ‘minister’ found in Romans 13:4, meaning, ‘1. an attendant, a servant. 2. (genitive case) a waiter (at table or in other menial duties). 3. (specially) a male Christian serving in a specific function and post (i.e. tending the widows and the poor, teaching, pastoring, etc).’

The same ‘ministers’ in Romans 13:6 is leitourgos (lei-tour-ğos’) ‘1. a public servant, i.e. a functionary in the Temple or Gospel. 2. (genitive case) a worshipper (of God) or benefactor (of man).’ Whether they believe in the finished work of Jesus, making them born again Christians or not, they are working for God in governance. God had good reasons to get the likes of Adolf Hitler, who started the Second World War, Idi Amin, the terrorizing President of Uganda, Vladmir Putin, who unleashed an unwarranted annihilating war on Ukraine, Nero Claudius Caesar Drusus Germanicus, Roman Emperor notorious for his monstrous vice and fantastic luxury (was said to have started a fire that destroyed much of Rome in 64 A.D.) but the Roman Empire remained prosperous during his rule (37-68), and many others will, one day, answer to the ultimate Judge, Jehovah God.

Resist the devil, and he will flee from you.

James 4:7 “Submit yourselves therefore to God. Resist the devil, and he will flee from you.” Yielding to God is an engenderment of humility on the part of the submitter. The truth of scriptural protrusion here is that having yielded to the Most High, a resisting strength against the Devil – that leaves the evil one fleeing from you – becomes practically inevitable. It is for the indoctrination of humility that saw Jesus, the Lord of lords, at His incarnation, walked lowly strides of earthly sojourn. 1Peter 5:5, “Likewise, ye younger, submit yourselves unto the elder. Yea, all of you be subject one to another, and be clothed with humility: for God resisteth the proud, and giveth grace to the humble.” Submission, a cousin to meekness, leads one to pious disposition of humility, ergo, a teachable spirit. The spirit of righteous docility is evidently in friendship with the Divinity. An imperious soul is, indubitably, in direct enmity with the LORD God.

What is obedience? It is simply doing what one is told to do. Obedience, which is not, in anyway, an allusion to a namby-pamby disposition, is a breeder of trust and eirenic coexistence. Obedience must flow from a volitionary heart: which does not do so just to cringe for a favourable conditionality.

Genesis 22:18 “And in thy seed shall all the nations of the earth be blessed; because thou hast obeyed my voice.” The word ‘obeyed’ is shama` (shaw-mah’) in Hebrew meaning: ‘to hear intelligently (often with implication of attention, obedience, etc).’ Abraham was blessed by God.

What did Abraham do to be so blessed? His acquiescent disposition to God’s direction and the unprecedented sacrificial task earned him the father of faith and through his seed the whole world is soteriologically blessed. By giving up Isaac, his only son, having sent away Hagar and Ishmael, Isaac’s half-brother, Abraham had set up the possibility of the ultimate sacrifice of the Golgotha cross – without which Jesus would not have received the legitimate pattern to die for the world. Without the crucifixion of the Lamb of God there could not be the salvation of one soul. Abraham’s obedience to God’s word made it possible for God to provide His own eternal Son for the perfect sacrifice. Amen.

Exodus 5:2 “And Pharaoh said, Who is the LORD, that I should obey his voice to let Israel go? I know not the LORD, neither will I let Israel go.” Pharaoh of Egypt refused an intelligent understanding of Jehovah’s word. Pharaoh rejected the eternal direction of God, and what was the outcome? Pharaoh perished. Is it not stupefying, reading of Pharaoh’s bent on thwarting God’s plan for Israel, Jehovah’s professed firstborn? One of the established facts of Satanism is the blockage of the victim’s heart from practising the fear of Jehovah. Psalm 111:10 “The fear of the LORD is the beginning of wisdom: a good understanding have all they that do his commandments: his praise endureth for ever.” Pharaoh had his heart turned to imperviousness that disallows the permeation of godliness.

Get part four by clicking here