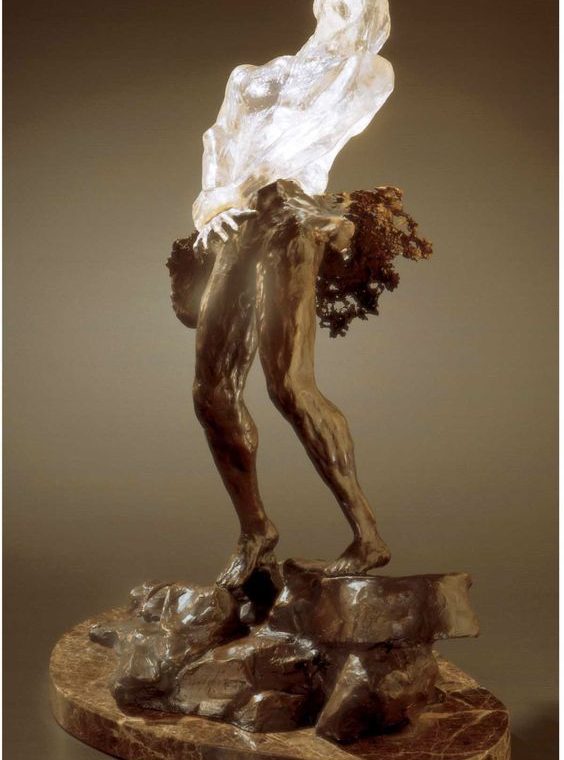 ….and Adam became a living creature of breath (Genesis 2:7)

1)            From the onset of creationism it was nothing short of glaring pellucidity that the Adamic creature would receive providential abundance. It was clear that God did pamper Adam with the sanctified justification of regeneration. This one would be quite different from the creativity that went into the making of the empyreal angelic hosts. He is different from the making of the beings that became demons – for their alignment with Satanism in the aftermath of Lucifer’s leading of the angelic conflict. Out of Adam is raised the glorious species called Christians. Hallelujah!

Was Adam not a lifeless heap of dust? The scoop that was contained in the creative cupped of the Creator’s hands was a lifeless clayey stuff: dead at the point of contact. The minute the heap of dust received a sparge mixture in the Creator’s sculptural creativity it was clear that zoe kind of life was about to be invested in this dead heap of Adam. What is Adam? It is the Hebraic âdâm (aw-dawm’) -mankind- which comes from its root âdam (aw-dam’): ‘ruddy: from the native colour of the earth.’ If Adam was brought out from the deadness of the redness of its nativity (the soil), and was first sculptured into a lifeless, likeness of the Creator, it was clear that God was dealing with a dead situation.

Let us make man. And Christ made Adam.

Then it occurred: the unbelievable miracle. The LORD God joined Himself to the dead situation, embraced the piece of sculptural work, and personally breathed into it, not one life but two lives. Astounding! Unbelievable! God was about to create someone who would receive divine pamper. “Adam, I will pamper you. Sin a million times and I will continue to forgive you,” that was the breath God ventilated into Adam – to humiliate Lucifer. Adam became God’s most precious possession of creationism.

This is the first time Adam’s elevation becomes a revelation: “And the LORD God formed man of the dust of the ground, and breathed into his nostrils the breath of life; and man became a living soul” (Genesis 2:7). The lifeless mass of Adam – as purely work of art – lay on the ground. If God did not go any further in His creativity, Adam would have been nothing but a sculptural masterpiece to adorn the Eden Garden aesthetically. The divine breath of Jehovah engendered a metamorphosis unknown to scientific calculation.

The sculptural piece of art became a living soul

The clayey stuff changed, internally, into heart, lungs, kidneys, intestines et cetera, et cetera. The newly developed veins began to receive a flow of scarlet fluid of life. His eyes popped opened and they saw, for the first time, the Creator; and he knew without being verbally told that Adam was beholding his Maker. He rose up from the initial dead situation of dust-mass. This Adam received elevation among several mass of earth. While other masses of dust remained lying lifelessly, Adam, the man of God’s creation stood up, a living entity. Amen.

“Hast thou eaten of the tree, whereof I commanded thee that thou shouldest not eat?” (Genesis 3:11)

He and his wife, Adam the female, were wanting for nothing good for them. Then one day, unfortunately, they became sin stained – ready to be thrown into annihilation. They deserved, according to the law, to die; but unknown to them, the grace of God was about to be showered on them. Instead of sentencing them to an early death, two lambs of their domestic rear were made to be sentenced to a substitutionary death for them. Animals of sinlessness became the victims of Adamic culpability. The sacrifice brought back their lost lives.

And the legality involvement stems from the two breathed lives into Adam. From the Hebraic point of couch, it reads, ‘breath of lives’ – animal and intellectual lives. Lucifer knew what button of punch manipulability to strike to appeal to the animalistic nature of Adam. The thing is that God created an Adamic entity whom He had decided, long before his creation, to forgive, ergo, Adam must possess an intellectual life, able to reason with his Creator. Breathed into Adam were the soul and spirit; the soul is the seat of his carnal emotionalism while the spirit is Adamic rendezvous with the Holy Spirit. At the fall he died spiritually. God was actually ready for that unfortunate eventuality – the Creator killed animals to sustain his life till the substitutionary death of Golgotha.

And the LORD God formed man of the dust of the ground (Genesis 2:7)

Adam was made – truth be told – to put paid to the spiritual invasion of Satanism. That explains the rationale behind God’s personal attention when it came to the creation of man. Jehovah did not only make physical contact of sculptural artistry, He moved physically, with the wind of change in His holy mouth, and poured it into the Adamic work of art, probably yet to lose its sparge, through its nose. Adam is God’s personal issue. It, I believe, should still be under the influence of the sparge: for water is an emblem of the Holy Spirit. Out of Adam came, by the Incarnation of the Christ, the Redeemer of Adamic fall.

Adamic elevation must show forth praises of Him – the Creator.