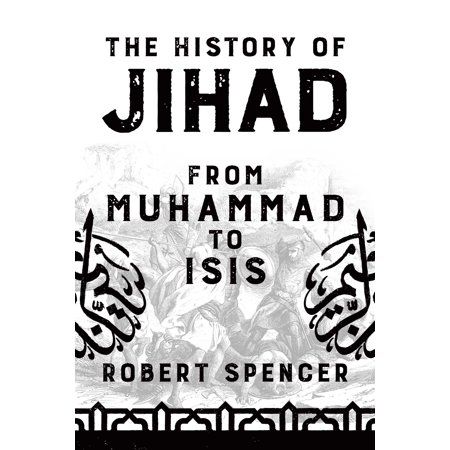 These are examples of the unfortunate unbelievers of Islam

Therefore, when People of the Scriptures disbelieved in Muhammad, they had no beneficial faith in any Messenger or what the Messengers brought. Rather, they followed their religions because this conformed with their ideas, lusts and the ways of their forefathers, not because they are Allah’s Law and religion. Had they been true believers in their religions, that faith would have directed them to believe in Muhammad, because all Prophets gave the good news of Muhammad’s advent and commanded them to obey and follow him. Yet when he was sent, they disbelieved in him, even though he is the mightiest of all Messengers. Therefore, they do not follow the religion of earlier Prophets because these religions came from Allah, but because these suit their desires and lusts. Therefore, their claimed faith in an earlier Prophet will not benefit them because they disbelieved in the master, the mightiest, the last and most perfect of all Prophets . Hence Allah’s statement,

Fight against those who believe not in Allah, nor in the Last Day, nor forbid that which has been forbidden by Allah and His Messenger, and those who acknowledge not the religion of truth among the People of the Scripture,

The lass: a ready tool for the annihilation of Christians

This honorable Ayah was revealed with the order to fight the People of the Book, after the pagans were defeated, the people entered Allah’s religion in large numbers, and the Arabian Peninsula was secured under the Muslims’ control. Allah commanded His Messenger to fight the People of the Scriptures, Jews and Christians, on the ninth year of Hijrah, and he prepared his army to fight the Romans and called the people to Jihad announcing his intent and destination.

The Messenger sent his intent to various Arab areas around Al-Madinah to gather forces, and he collected an army of thirty thousand. Some people from Al-Madinah and some hypocrites, in and around it, lagged behind, for that year was a year of drought and intense heat.

The Messenger of Allah marched, heading towards Ash-Sham to fight the Romans until he reached Tabuk, where he set camp for about twenty days next to its water resources. He then prayed to Allah for a decision and went back to Al-Madinah because it was a hard year and the people were weak, as we will mention, Allah willing.

Paying Jizyah is a Sign of Kufr and Disgrace. Allah said, until they pay the Jizyah, if they do not choose to embrace Islam, with willing submission, in defeat and subservience, and feel themselves subdued, disgraced, humiliated and belittled. Therefore, Muslims are not allowed to honor the people of Dhimmah or elevate them above Muslims, for they are miserable, disgraced and humiliated.

Muslim recorded from Abu Hurayrah that the Prophet said, Do not initiate the Salam to the Jews and Christians, and if you meet any of them in a road, force them to its narrowest alley.

This is why the Leader of the faithful Umar bin Al-Khattab, may Allah be pleased with him, demanded his well-known conditions be met by the Christians, these conditions that ensured their continued humiliation, degradation and disgrace.

The scholars of Hadith narrated from Abdur-Rahman bin Ghanm Al-Ashari that he said, “I recorded for Umar bin Al-Khattab, may Allah be pleased with him, the terms of the treaty of peace he conducted with the Christians of Ash-Sham: `In the Name of Allah, Most Gracious, Most Merciful.

This is a document to the servant of Allah Umar, the Leader of the faithful, from the Christians of such and such city. When you (Muslims) came to us we requested safety for ourselves, children, property and followers of our religion. We made a condition on ourselves that we will neither erect in our areas a monastery, church, or a sanctuary for a monk, nor restore any place of worship that needs restoration nor use any of them for the purpose of enmity against Muslims. We will not prevent any Muslim from resting in our churches whether they come by day or night, and we will open the doors (of our houses of worship) for the wayfarer and passerby.

Those Muslims who come as guests, will enjoy boarding and food for three days. We will not allow a spy against Muslims into our churches and homes or hide deceit (or betrayal) against Muslims. We will not teach our children the Qur’an, publicize practices of Shirk, invite anyone to Shirk or prevent any of our fellows from embracing Islam, if they choose to do so. We will respect Muslims, move from the places we sit in if they choose to sit in them. We will not imitate their clothing, caps, turbans, sandals, hairstyles, speech, nicknames and title names, or ride on saddles, hang swords on the shoulders, collect weapons of any kind or carry these weapons. We will not encrypt our stamps in Arabic, or sell liquor. We will have the front of our hair cut, wear our customary clothes wherever we are, wear belts around our waist, refrain from erecting crosses on the outside of our churches and demonstrating them and our books in public in Muslim fairways and markets.

We will not bury our dead next to Muslim dead, or buy servants who were captured by Muslims. We will be guides for Muslims and refrain from breaching their privacy in their homes.’

When I gave this document to Umar, he added to it,

We will not beat any Muslim.

The gun wielding Taliban of Afghanistan

This is why Islam sees Jews and Christians as unbelieving infidels: infidels who must be eliminated from the surface of the earth. At-Tauba verse twenty-nine is the opium of Islamic inhalant that energizes for jihadism of the Islamic religion of Mohammedan Allah. Muhammadanism with its jihad againstChristianity and Jewry is expected to enforce the collection of jizya, which is Arabic for tribute. Islam is expected to rule the entire world. Is this not the firm belief of Osama bin Laden’s Al-Qaeda; the reason for ISSI; the unholy desire of Boko Haram and the reason for ravages of ISWAP? They will kidnap people and demand for ransom – definitely, the jizya is a legal right of Muhammadan instruction concerning jihadic benefits.

For believing in Jesus Christ and His sacrificial atonement, the Christian must be despicably disgraced by making him pay jizya, meant for a kufr – pagan. How could the Qur’an see you as a religiously worthless person and Muslim fundamentalism will not be drafted in for the kill, in the name of Allah? The danger we do not see in this religious legality ascription to Islamism, from Allah of Muhammedan Qur’an, is that it satanically evokes the corruption of man’s free moral agency. If religion puts power to sentence fellow human to death for not believing Muhammad and his Qur’an by jihadists, taking into consideration, the fact that the victim of Islamic fundamentalism is a firm Bible believing, born again Christian, where is religious tolerance, equity and love for fellow human? After “loving the LORD God with all your heart, mind, thought and strength, the word of God appropriately commands to “love your neighbour as thyself.” Who, therefore, I ask, is this Allah?