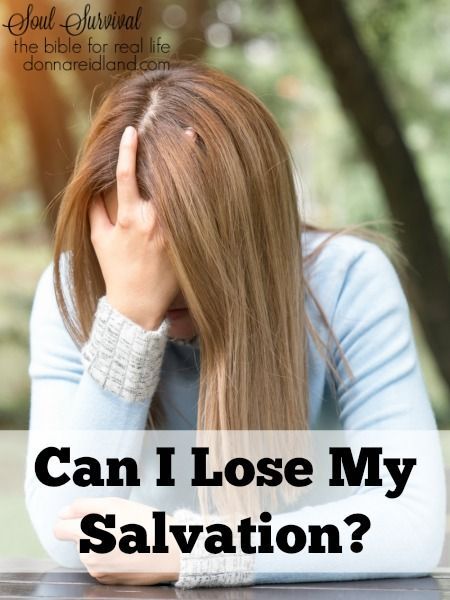 1]            It happened to be a very hot scriptural debate on the eternal security of soteriology that I saw from various video clips with an involvement of men of God, each of whom controls very large church going people. Warning Christians on the danger of believing in the didactic “once saved always saved,” the revered Bishop David Oyedepo (founder of Living Faith Church), in buttressing the attachment of aberrational quiddity regarding the teaching on “security of salvation”, quoted 1Corinthians 10:12, “Wherefore let him that thinketh he standeth take heed lest he fall.”

Is Bishop David Oyedepo the only one spreading this teaching, does he not have huge support from more revered and greater Christian followership in the persons of Pastors E.A. Adeboye and W.F. Kumuyi, who respectively are, the General Overseer of The Redeemed Christian Church of God, and the General Superintendent of Deeper Life Bible Church? Do I not feel uncomfortable seeing an unrestrained aberration of a down the throat forced Christian indoctrination? Disappointedly, I do! It does not frustrate me; it just appalls me to hear great men of God do unscriptural indoctrination. How Bishop Oyedepo et alia manage unscriptural didacticism, is quite appalling. When you pull out a Scripture, not giving any due respect to scriptural contextualism, you spread misinformation of God’s Word; the Word is a Personage. Bishop Oyedepo merely pulled out 1Corinthians 10:12 without true contextual consideration.

So, let us do a treading on the destiny (which, of sooth, is the distance from point A to point B, my post THE DESTINATION OF YOUR DESTINY (I) https://hoojewale.wordpress.com/2016/10/29/the-destination-of-your-destiny-i … explains ‘destiny’ better) of 1Corinthians 10:12 with the employment of contextual criticism based on Pauline couch. Why would Paul begin this verse with hōste (hoce’-teh), the Greek word for ‘wherefore’, defined as: ‘so that, insomuch that, then, therefore.’ The conjunct disposition of ‘wherefore’ or ‘therefore’, is to effect the realization, on the part of the Christian, not being as over confident as the Jews, mentioned in verses one to five. As the Jews served various punishments so are the Christ folowers liable to sinfulness leading to partial or final debilitating hardships for allowing themselves to fall into sin. That is the admonition.

‘Let’, from this verse, is blepo (ɓle’-pō): ‘to look at or upon, of the bodily eye; beware.’ The word ‘thinketh’ is dokeō (dok-eh’-o): ‘to be of opinion, think, suppose, to seem, to be accounted, reputed; it seems to me, I think, judge: thus in question, it seems good to, pleased me, I determined.’ Traditionally, the dokeō minded person has an opinion that ‘serpents bear their young ones’ like mammals do. The absolute opinions of things roam through their baseless imaginations. Living in fool’s paradise, the one with dokeō mindset believes he is what his imagination tells him. Histēmi (his’-tay-mee) is the Greek for ‘standeth’ meaning: ‘To cause or make to stand; to place; put; set; establish.’ The phrasal ‘take heed’ is the same Greek blepō. Piptō (pip’-to): ‘To descend from a higher place to a lower; To fall (either from or upon); To be thrust down. Metaphorically to fall under judgment, come under condemnation.’

The “called” are sanctified and preserved by God the Father, in Jesus Christ

Is it not glaring enough that anyone who calls himself a Christian and continues to swim in the evil of sinful lust; of rejoicing in the festivity of idolatry; engaging in amatorial illicitness in reckless abandon; tempting God or, more specifically, Christ by speaking words of faithlessness to Him; and the fifth recorded sin of Israel, ‘to murmur’  which in Greek is gogguzō (gong-good’-zo): ‘to mutter, grumble, say anything against in a low tone; of the cooing of doves; of those who confer secretly together; of those who discontentedly complain;’ is probably not a genuine child of the Most High? When you call yourself a born again Christian and find yourself in continual perpetration of these five acts of sinning, it is glaring that you are not truly born again. There is nothing like meeting God half way when it comes to salvation of the soul. You are either truly born again or never ever been born again. Period!

So, what Scriptural explanations debunk preachers of “you can lose your salvation”? The very few words of the microcosm of the entire Bible, John 3:16, make indubitable provision for the answer, which reads, “For God so loved the world, that he gave his only begotten Son, that whosoever believeth in him should not perish, but have everlasting life.” The Greek for ‘everlasting’ is aiōnios (ahee-o’-nee-os): ‘without beginning and end; that which always has been and always will be; without beginning, without end; never to cease.’ And ‘life’, zōē (dzo-ay’): is specifically ‘God’s kind of unending life.’ The question now is that did God ever know that the saved Adamic entity would commit sin after the spiritual regeneration? If His Omniscience knew this fact, why should He bestow a life unending unto the born again knowing fully well that it stood to be lost immediately the individual commits one sin? There is no way God would give an eternal life that stood to be lost. Prove to me that what God, through grace, gave was never eternality of God’s life and I will agree with Oyedepo that “once saved is not always saved.”

Next Post
Will You Lose The Genuineness Of Your Salvation? (2)