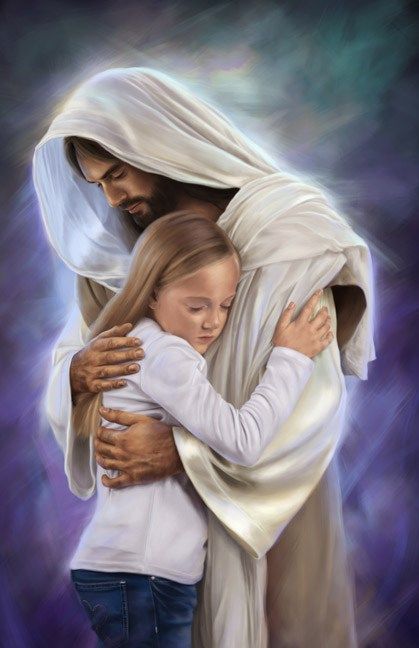 Will You Lose The Genuineness Of Your Salvation? (4)

4]            How can teachers of the Scriptural facticity not grok that the hand holding the born again soul is the eternality of palm and, ergo, of similitude of duration? It is a Scriptural impossibility for the snatch of Satanism to happen to Jehovah’s object of endearment. The Divine insurance that covers true Christians is properly theft proof. It disturbs my mind when Christians fail to see the contents of God’s protocol. For instance, do you realize that immediately Jesus uttered the words of John 10:29, His next words was an unexpected bombshell, which reads, “I and my Father are one” (John 10:30). Very few words but the depth of its profundity is downright kicky. Heis (hice), the Greek for the noun ‘one’ is a neuter gender, meaning: ‘essence’. If the Father is omnipotent, the Son is of an equal omnipotence. Is the Father omniscient? Look at the Son; He is not less in omniscience. The Two are essentially Almighty in all of its ramifications. Doubly held in the hands of eternality, the Christian is absolutely secured in the soteriological reality. Amen.

The Good Samaritan is the Redeemer

The Good Samaritan storyline is depictive of the theological “once saved always saved” didacticism. The evil force of his attack is the work of Satanism, come to steal, kill and to destroy. The traveller fell under sin. The Good Samaritan found him in the pool of his sinfulness. Does the Scripture not calm us down with Isaiah 1:18 “…though your sins be as scarlet, they shall be as white as snow; though they be red like crimson, they shall be as wool”? Another Scripture that supports the fact that salvation cannot be lost is the Pauline “But God commendeth his love toward us, in that, while we were yet sinners, Christ died for us” (Romans 5:8). The saved Christian does not need to be found in any work of moral rectitude before saying the prayer of salvation. Jesus did not tell the wounded man to repent of his sins before saving him; neither did He wait till the man cleansed himself of the disgusting clogs of blood all over his person.

Jesus Himself brought out wine and oil: two elements of soteriological consummation. Without the Golgotha shed blood, there can never be any salvation of any soul. The wine represents the blood that would be shed on the cross of Calvary, once for all beings then and thereafter, forever. The oil is emblematic of the Holy Spirit, without which none can claim to be born again. The very second an individual gets born again the Spirit of God finds a dwelling inside the rejuvenated spirit located in the soul of man. He stays there forever. Unless I can be shown anywhere in the New Testamentary order where the Holy Spirit left the spirit of an incorrigibly erring soul, there is no scriptural fact backing the erroneous teaching of the loss of the salvation that is wrought on the cross of Calvary by the Lord Jesus Christ. Remember that after applying the wine: intended to serve as a disinfectant, He needed to pour the oil as well. The infection is the proclivity of spiritual sinfulness, proving that the Devil had ruled his life. The bactericidal wine keeps the redeemed, who is now continually before the LORD, deodorized. The oil completes the healing process; sanctifying, justifying and continues to empower in all spiritual ramifications.

Have we forgotten that Jesus, the Good Samaritan, took the injured victim to an ‘inn’ that is pandocheion (pan-dokk-i’-on): ‘a public house for the reception of strangers; all receptive.’ Remember also that the victim did not supply anything towards his recuperation. The Good Samaritan provided everything, including the payment for the place of rest. How much did He pay? Two pence; and in those days a penny is regarded as a day’s wage. Theologically, a day in God’s heaven is like a thousand years on our terra firma. According to Rev. Chris Okotie, the two pence is the payment of our rest in the Church, divinely presided by the Holy Spirit, for two thousand years. As long as the Church age functions on earth, the Christian is protected against any evil eventuality. Jesus has not performed His Second Coming, therefore, we must remain divinely protected from falling into any loss of salvation. It is just not possible that what Jesus paid for will suffer spiritual deterioration. The terms and conditions of this salvific transaction are absolutely in the hands of the Members of the Godhead. The Holy Spirit will never accuse the Lord Jesus, the Second Member of the Godhead, of defaulting in payment, and consequently throw out an erring inmate of ‘the Inn’ – the Church of the Living God. The belief in the loss of the salvation brought by Jesus is quite unscriptural.

Previous Post
Will You Lose The Genuineness Of Your Salvation? (3)

Next Post
Will You Lose The Genuineness Of Your Salvation? (5)