The party was coming to an end so we had to discontinue our discussion. The following day at work Kudirat said she checked and found that the Quoranic verses were true. She would like to hear about how the Trinity solves the sin question. We have an hour break so, we chose to use it to understand the mysterious conundrum of the Trinity which I call ‘the three like one, one like three.’ A conundrum worth demystifying. All eyes and ears were turned to me so I continued.

“If God was going to create gregarious beings then He must need be the first to experience and to enjoy gregariousness. If He did not ensure this then the scripture will be deceitful in asserting ‘His preeminent state in all things’. For this number one reason, I believe, that God exists eternally a Triune distinct Personages in one God. Jehovah did this to engender the theological relationship theory of I-It, I-Thou and We-You. The ‘I-It’ is a subject-object relationship the Persons experienced with non-gender substances before intelligent beings came into being. I-Thou was first experienced by God such that when any of the Father, Christ or the Holy Spirit would have said, “You” it was to the eternal Christ, the ageless Holy Spirit or the Ancient of Days. God must experience plurality first as each One of them had on several occasions addressed the Other Two with a plural, “You,” experiencing sociality. Long before creationism, in the eternity past, had the Godhead, of three distinct Persons, practised gregariousness. This fact debunks the fatal defect of Unitarian views of Islam, Judaism and Jehovah’s Witnesses that there is only one person in the Godhead.

The second reason takes a soteriological stance. God has to be more than one to satisfy the legality that binds salvation. God as the Judge cannot be the Advocate to the created when he eventually falls. God alone can perform the vicarious death, hence, the Eternal Son. God, as a Judge (without a deputy), is eternally in heaven on the throne. How does He prove His power, His ubiquity and His divine acceptance of earthly worship? The Holy Spirit fills all, He is the all-powerful power Endower and is the One who is seated in the holy of holies in the great Jerusalem Temple as the Jewish Jehovah. Is there a fourth that you know of? I think not! You can only be saved from your sinful nature by the finished work of God (not of the Judge (the Father) but the Christ: called ‘Son’ in His representative capacity of Divinity). Spiritual empowerment and sealing to prove the genuineness of salvation is provided by the Holy Spirit so that when you appear before the thrice holy Eternal God His judgment of Ezekiel 18:4, “The soul that sinneth, it shall die,” will not fall on you. “O the depth of the riches both of the wisdom and knowledge of God! how unsearchable are his judgments, and his ways past finding out!” Romans 11:33.

Many are the scriptures that corroborate the Trinitarian conceptual stand, each of which gives not Personages more or less than three. Matthew 3:13-17 records the baptism of Jesus. Baptism is testamentary of sin exoneration which identifies one with the death, burial and resurrection of Jesus. Which of the sins is Jesus guilty of? None! This baptism is meant to identify the Lord with mankind He came to exonerate: for water is a scriptural symbolism of the human race. In verse sixteen we see John, not inclined to suffer Him for the ritual, knowing the Personage standing before him. Two heavenly Entities amalgamated to confirm the act, two being the number of testimony and of witness, proving that Christ is the only visibility of the Godhead. “Go ye therefore, and teach all nations, baptizing them in the name of the Father, and of the Son, and of the Holy Ghost:” Matthew 28:19. ‘Teach’: mathēteuō (math-ayt-yoo’-o) {which comes from mathētēs (math-ay-tes) ‘a learner’} means, intransitively, ‘to become a pupil’; transitively, ‘to disciple, that is, enroll as scholar.’ ‘Name’ is onoma (on’-om-ah) ‘a “name” (literally or figuratively), (authority, character)’, which comes from ginōskō ‘knowledge;’ which compares with oninēmi (on-in’-ay-mee) ‘to gratify, that is, (middle voice) to derive pleasure or advantage from.’ This ‘name’ (note its singularity – encapsulating the three) is a title (the knowledge of which is as gratifying as it is advantageous) which is shared by the Trinity. ‘Son’ an interesting huios (hwee-os), the highest form of sonship, culturally, speaks of a one whose representative capacity of his father is a legality.

2Corinthians 13:14, “The grace of the Lord Jesus Christ, and the love of God, and the communion of the Holy Ghost, be with you all. Amen.” This is the benediction shared by Christians in a Church service which involves the Trinity. God will not share His glory (Isaiah 42:8) so why would Jesus and the Holy Spirit share a worshipful rite with the Father? Ah! You see, They share the common Deity.

Jesus told them, “This cup is the new testament in my blood: this do ye, as oft as ye drink it, in remembrance of me” 1Corinthians 11:25. This communion takes us back to Exodus 12:14 when God told them, “And this day shall be unto you for a memorial; and ye shall keep it a feast to the LORD throughout your generations; ye shall keep it a feast by an ordinance for ever;” a proof that Jehovah and Jesus are the same. I believe it would not be difficult to see who God meant in His reference to ‘us’, found in Genesis 1:26. They could never be angels as is erroneously believed. Angels are not participatory to creationism or else we will be paying obeisance to them in worshipful subjection, having created us.

In the book of Revelation 5:13, obeisance is given to God on the throne and to the Lamb. “Where is the ‘Third’?” you may ask. HE is very much there: “…and there were seven lamps of fire burning before the throne, which are the seven Spirits of God;” Revelation 4:5. When a person gets born again he receives the indwelling of the Holy Spirit, Acts 1:4-5, 2:1-4, which Jesus authored, John 3:14 and John 1:29; having been ordained by the Father, John3:16. Amen!

Jesus promised to visit whoever opens his heart to Him when He knocks, Revelation 3:20. Jesus promised to come with the Father, John 14:23, (not forgetting the already divine indwelling). Trinity! We pray to the Father (Luke 11:2), in the name of Jesus (John 14:13) and in the energy of the Holy Spirit, Romans 8:26. Trinity! The only reason why we desire heaven is because of the Father, seated in the divinity of the rainbow administration of HIS Royal Majesty (John 16:28 & Revelation 4:3); and the only thing which gets us there is ‘the walk’ with Him, patterned after the footsteps of Jesus, the most enigmatic Personage to tread upon the surface of this terra firma (Matthew 9:9), under the divine tutelage and in dwelling of the Holy Spirit (John 14:26), and it is in this verse we come to the acknowledgement of the uniqueness of a classic working in unison of the Trinity! Amen! At the Incarnation, there is the Son, given by the Father (Isaiah 9:6; John 3:16) and the indefatigable, overshadowing power of the Holy Ghost (Luke 1:35), working in a mysterious unison to perfect the salvation of mankind. You can be a glorious recipient of the celestial gift of God today. How? It is by getting born again. You will have to pray this prayer as if it is your last prayer: Dear heavenly Father, I come to You now in the name of Jesus Christ. I believe in my heart that Jesus is the Son of God. I believe that Jesus died on the cross for my sin. I believe that You raised Him from the dead. I confess with my mouth that Jesus is Lord and I receive Him now as my Lord and my Saviour. I give God all the glory. Amen!” 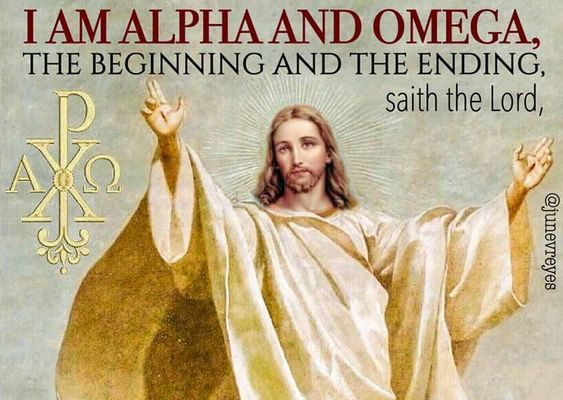 TRINITY OF THE GODHEAD (7) 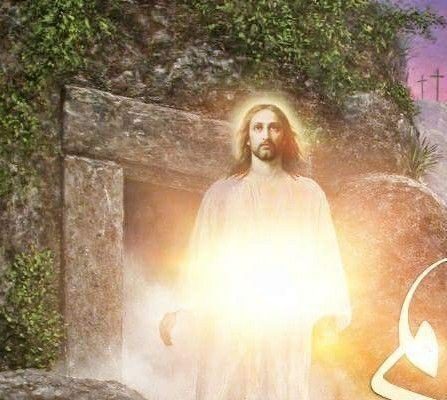 TRINITY OF THE GODHEAD (6)