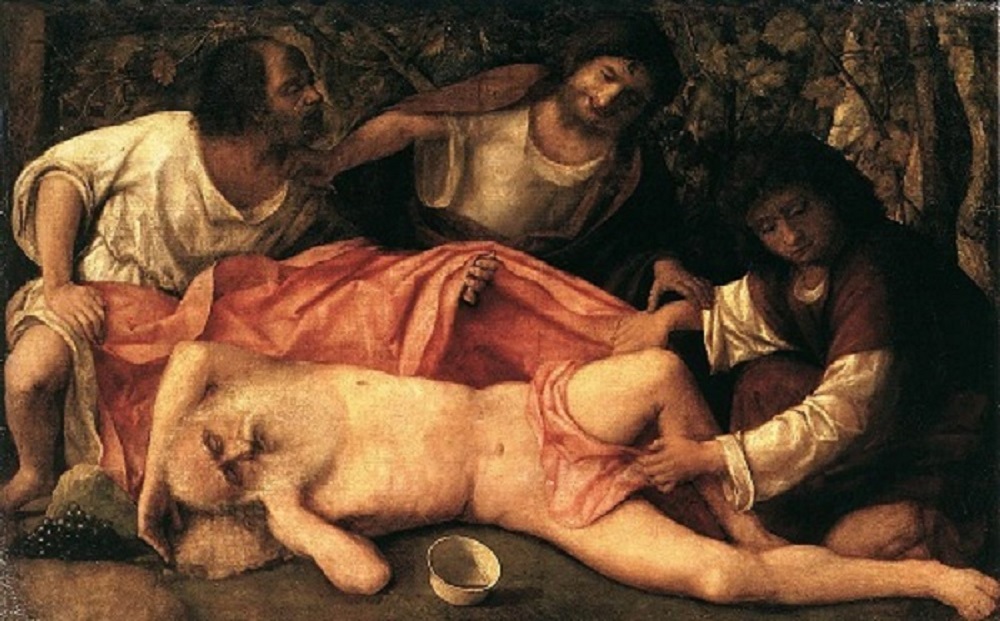 A very sad toga was sewn for Noah who made the unnecessary trip into the sordid act of drunkenness. Noah could not reason with the word of God found in Galatians 5:21. Samson fell when the toga of inebriation was donned on him by the hired Delilah. Satan gets people drunk because he knows that drunkenness makes one to lose one’s mental guard. You are made to see things that were not there in your soberness. If the video of your drunken state were to be shot I doubt if a serious minded you would ever like to even get tipsy. Drunkenness paved the way for Noah’s destruction of the future of his children, thereby plunging humanity deep into the hands of evil. Samson shortened his God-installed tenure as the judge of helpless Israelites. Only God can tell how many lives have been destroyed by the bottle.

King Saul did stretched his long arms in receipt of his own clothe of disobedience. But he was not like Moses, who felt a nauseating smell of the toga (Deuteronomy 3:23-26). He (Saul) went the way of our pristine parents, not asking God for forgiveness. What looked like an innocuous disobedience made him, albeit inadvertent, tear the most revered Samuel’s priestly clothe. You receive a toga from Satan once, you are most very likely to be donned with a second one and another. Saul did not only tried, severally, to murder the good David, he later on will ask from Lucifer’s agent to don him with necromantic toga (Deuteronomy 18:10-11; 1Samuel 28:8-12).

Mary Magdalene chose the toga of her first name, Mary, which in the Hebrew means ‘bitterness or rebellion’. The spirit of rebellion dovetailed her into the offer of the prostitution covering. She was not created to serve the sexual whim of men. She was created for her surname, Magdalene which means, ‘a dweller of Magdala.

Magdala means ‘tower or greatness’. The enemy of greatness took Mary’s eyes off the talent God had offered her and thrust the garment of dirt on her person. Thanks be to Jesus that He showed up at the right time. Her accusers could not continue with the case, being equally guilty of wrong togas. Do you remember that it was the original sin that introduced an unacceptable covering? The clothing of leaves, in Genesis chapter three, was a proof of satanic influence.

Jesus told the accusers of Mary, in John 8:7, “He that is without sin among you, let him first cast a stone at her”. To Mary, whom He gave another toga of God’s interest, He said, “Neither do I condemn thee: go, and sin no more” John 8:11. How could Jesus clothe anyone? It is simply because He is the One spoken of in Jeremiah 23:6, “In his days Judah shall be saved, and Israel shall dwell safely: and this is his name whereby he shall be called, THE LORD OUR RIGHTEOUSNESS”. Romans 3:22 reads, “Even the righteousness of God which is by faith of Jesus Christ unto all and upon all them that believe: for there is no difference”. 1Corinthians 1:30, “But of him are ye in Christ Jesus, who of God is made unto us wisdom, and righteousness, and sanctification, and redemption”. In 2Corinthians 5:21 we have, “For he hath made him to be sin for us, who knew no sin; that we might be made the righteousness of God in him”; while Philippians 3:9 teaches, “And be found in him, not having mine own righteousness, which is of the law, but that which is through the faith of Christ, the righteousness which is of God by faith”.

Demons are fashion designers. They make spiritual clothes, or, where do you think zeitgeist got its roots from? Zeitgeist makes sure the womenfolk do heave a sigh of satisfaction only after their tops and gowns leave at least a third of their breasts uncovered. “And they were both naked, the man and his wife, and were not ashamed”; Genesis 2:25. Why were they not ashamed? God gave them that toga of innocence. The minute they allowed Lucifer’s thought to mingle with God’s instruction, the demons quickly furnished them with the toga of shame and the spirit behind the acquired toga led them to a fashion of lunacy. The spiritual agreement they entered into with Satan must be brought into physical manifestation. God knew that there will be children of Adam who would heed His salvific call and who, in turn, will trumpet the kerygma, so, His cleansing toga of reconciliation He donned on the pristine parents in adumbration of the toga that work of the gory cross will provide. Satan continually capitalizes on man’s free moral agency to goad him to choose from the inimical array of the zeitgeist. (to be continued)