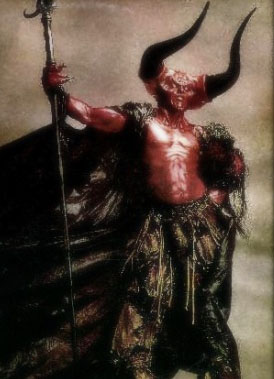 I see no reason why we should not be trenchant in dealing with issues of eternal consequences. The thing we should be asking ourselves is whether Jesus is the One giving the misleading information or the Qur’an. Who is lying here Jesus, Mohammed, Voodoo, Hindu, the Bible or the Qur’an? Is demonism an outright evil or not? We cannot pretend as if nothing evil is in dominance of humanity. In fact this is what Satan wants: ignorance; so that he will continue his subjugation of mankind. Billions are under Lucifer’s deceitful concoctions of to steal, kill and destroy. Every religion works hand in hand with demons in sacrificial offering (e.g. libation pouring and sprinkling of water) and worship. Let those who have seen the light not keep mute. Good Christians should create the expected awareness. Expose the works of darkness.

“For we wrestle not against flesh and blood, but against principalities, against powers, against the rulers of the darkness of this world, against spiritual wickedness in high places” Ephesians 6:12. The word ‘wrestle’ is a term used in sport, which has to do with physical hand to hand and leg to leg combat. Paul is teaching that our (Christians) earthly combat is not a sporty fun, neither is it human to human. ‘Flesh’ is sarx, which is analogous to humanity, while ‘blood’ speaks of the source of earthly life; the original text actually has ‘blood and flesh’. The entities we come face to face with in spiritual wars are demons, all of them. ‘Principalities’, arche (ar-kay): ‘1. beginning, origin 2. the person or thing that commences, the first person or thing in a series, the leader’. These, folks, are the chief leaders of the beings on earth when Satan fell (Luke 10:18, Revelation 12:7-9). Demons probably looked hideous: for when Adam was about to be created it was a will to make this species to conform to the physiognomy (likeness) of and the spiritual disposition (image) of his Maker. Then there is the ‘powers’ exousia (ex-oo-see’-ah): ‘privilege, that is, (subjectively) force, capacity, competency, freedom, or (objectively) mastery (concretely magistrate, superhuman, potentate, token of control), delegated influence’, who are second in demonic command. Satan discusses his plans with principalities, who in turn vest a delegated authority to the Powers who then brief the ‘rulers’ i.e. kosmokratōr (kos-mok-rat’-ore) Thayer Definition: ‘lord of the world, prince of this age; the devil and his demons’. Strong’s Definition: From {kosmos -‘world system’- and krateō (krat-eh’-o) which from [kratos -force] ‘to use strength, that is, seize or retain (literally or figuratively)} kosmokratōr, therefore means: ‘a world ruler, an epithet of Satan’.

‘Darkness’, skotos (skot’-os) Thayer Definition: ‘of darkened eyesight or blindness metaphorically of ignorance respecting divine things and human duties, and the accompanying ungodliness and immorality, together with their consequent misery in hell; persons in whom darkness becomes visible and holds sway’. Strong’s Definition: ‘shadiness, that is, obscurity (literally or figuratively)’. Prevalence of idolatry has actually sent the very visible man into spiritual obscurity; and ‘world’, aiōn (ahee-ohn’) means: ‘the worlds, universe’. ‘Spiritual’, pneumatikos (pnyoo-mat-ik-os’) ‘non-carnal, that is, (humanly) ethereal (as opposed to gross), or (daemoniacally) a spirit (concretely), or (divinely) supernatural, regenerate, religious’. ‘Wickedness’, ponēria (pon-ay-ree’-ah) is: ‘depravity, that is, (specifically) malice; plural (concretely) plots, sins’. Demons, going by this rank, are wicked spirits embroiled in an insatiateness of wickedness, who continue to deceive their worshippers that they can be appeased by the sacrifices offered to them. How I pity those who think there is any good thing in demonism! The word ‘high’, epouranios (ep-oo-ran’-ee-os) is: ‘above the sky or heavenly’. Demons have their kingdoms and dwelling places in the sky. They are spirit beings, carrying no mass of any weight, therefore can inhabit the air. Spiritual human projections to their celestial abode enables the demons to strengthen their deceitful hold on initiated humans. Very difficult it is to prove this to those who are diabolically hooked!

Revelation 12:9, “And the great dragon was cast out, that old serpent, called the Devil, and Satan, which deceiveth the whole world: he was cast out into the earth, and his angels were cast out with him”. This verse is chronologically an event that occurred before Adam was created. Lucifer, most certainly, told them about how he merely asked God for what rightly belongs to him as the greatest angel. He showed them, I believe, the beautiful elements that went into his making. They could not hold their gasp for breath at the awe inspiring beauty that hit them. They decided to cast their lots with the lies of Satan. Doomed Satan, in his diabolic collaboration, led the beings of the earth and the fallen angelic host into perdition. He is the god of demonism of whom 1Peter 5:8 enjoins us to “Be sober, be vigilant; because your adversary the devil, as a roaring lion, walketh about, seeking whom he may devour:” with an uncanny support, so diabolical, from his demon allies.